A Soyuz capsule carrying two NASA astronauts and a Russian cosmonaut is set to blast off from the Baikonur cosmodrome in Kazakhstan on a two-day trip to the International Space Station on March 21. 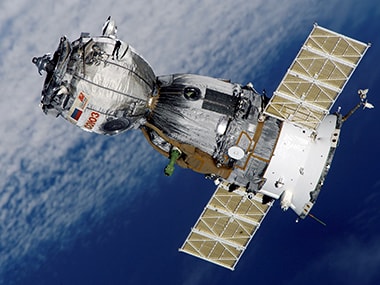 The Soyuz spacecraft that will carry the three individuals is scheduled to arrive at the space station on March 23.

The study exposes sample plates containing a variety of surface materials to the harsh environs of space outside the station for varying durations.

Data collected will inform satellite designers how different materials can degrade over time -- a topic of great importance when it comes to designing and building spacecraft and structures to withstand a journey through the cosmos, NASA said.