A primer on post processing and photo manipulation: Here is how you can significantly improve the images you have captured

For this week’s photography column, you won’t be touching your camera at all.

For this week’s photography column, you won’t be touching your camera at all. Instead, you’ll head to your nearest desktop (or smartphone) and sit down there instead. This week, we’ll teach you what is probably more important than taking an actual photo: Editing. In this article, you’ll learn some basic components of editing that you can try yourself even on most smartphones.

So what is editing? 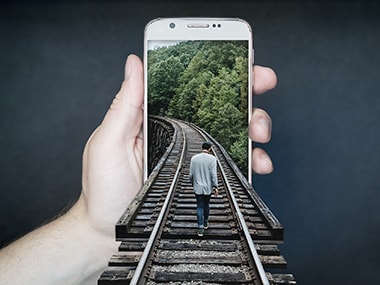 Let’s take an example of food. A photo might be a very well done recipe, but adding the seasoning, temper and the like is what makes the dish really pop. That’s the “editing” part of photography.

Depending on your work, editing can be as simple as adjusting your contrast and brightness, or something that involves multiple layers, stacking, working with RAW and many more such complications(which slowly starts venturing into the realm of digital art).

There are two main camps of editing, in my opinion:

● Post Processing: Touching up or basic editing, in layman’s terms. Post processing generally involves fewer steps than manipulating an image, and the nature of the image usually stays the same(images are not shrunk/extremely cropped/manipulated).
Post processing these days can be done with the simplest of tools,even on smartphones,with apps like Snapseed or Instagram.

Basic Components of a photo you can edit:

● Brightness and contrast: This is pretty straightforward. If your photo is either overexposed or underexposed, the Brightness tool in your software adds a percentage of brightness to it. Same with contrast. These two are the simplest tools to make any photo pop, especially contrast.

● Cropping: Cropping is a method of removing unwanted elements from the photo(or removing the subject from the rest of the photo). Cropping is also a great way to reduce the image size in some cases.

● Sharpening: One tool that must be used with caution. Sharpening can be used to make the photo pop up a little more. However, a photo with extreme sharpening shows weird artifacts and pops out excessively.

● Desaturation: Desaturation is simply the process of removing the color from a photo(turning it monochrome). In case you want to make a monochrome image, use desaturation.

● Denoising:Another tool that should be used with caution, but is also a big help in recent times. Denoising uses an algorithm to subtract the noise from your photograph, and depending on the photo, can do a very good job of the same.

Two of The Most Famous Editors on Desktop: Photoshop and GIMP

Photoshop is perhaps the most widely known image editor of all time, even to those not in the photography field. It’s a versatile piece of software that handles nearly everything one could ask for in an editor. It’s also not the hardest application to get used to, which is another reason it’s so popular. And the icing on the cake is Adobe’s Creative Cloud package, which also gives you access to tools like Lightroom and InDesign.

However, all these utilities come at an exorbitant price, especially for budding photographers or those who don’t need the extra bells and whistles.

For such people, GIMP has been touted to be one of the best alternatives out there. GIMP (the Gnu Image Manipulation Program) is an open-source image editor that does what most of PS does, including layers, grading, etc. GIMP is also quite popular for having third party plugin support. However, GIMP is notorious for having a steeper learning curve than PS, has no RAW support and the plugins can be a hassle to install.