A fast, intelligent, infallible wireless network could transform the world as we know it, and Qualcomm is helping build one

Wi-Fi SON. SON stands for Self Organising Network. In essence, this is a network that takes care of itself, ie, no user intervention is required. In other words, we’re talking about an “intelligent” Wi-Fi network.

Take a moment to think about your home Wi-Fi setup. If it’s anything like mine, you’ve got a handful of routers and extenders scattered all over the house and upwards of a dozen different devices attempting to connect to several different networks. You expect these devices to be able to talk to each other and to seamlessly transition from one network to the next. 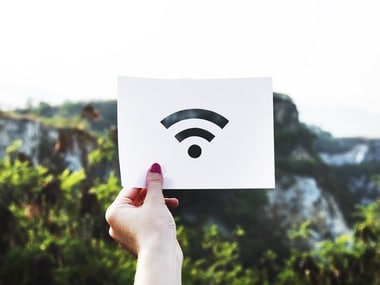 If your home Wi-Fi is anything like mine, you know this never happens. As far as my home is concerned, I have to use one network in the kitchen and living room, a different one in the downstairs bedroom, and two different networks in the upstairs bedrooms and balconies.

Switching my iPhone’s Wi-Fi radio on and off is something I do by default when I move from one room to the next. I can’t stream HD content to my TV because my PC and NAS are upstairs while my TV is downstairs. I can’t stream games using Steam’s in-home streaming unless I’m using a device in the same room as my router (because that’s the only way I can stream a game at sufficient quality).

These are limitations that I’ve grown to expect from traditional Wi-Fi networks. Mesh networks are an option that I did consider, but laziness and a worry of unnecessary complications made me reconsider.

A recent chat with Rahul Patel, Qualcomm’s senior VP and general manager for Connectivity, convinced me that this is not a condition I need accept for long.

Patel pointed out that the next revolution is around content delivery, whether that happens via the internet or local streaming. He said that what consumers want today is content delivered wirelessly, at any time and anywhere. And it’s not just about content, the ongoing invasion of IoT devices into our lives has ensured that traditional Wi-Fi networks are saturated and pushed to their limits.

A solution that Patel was interested in discussing was something called Wi-Fi SON. SON stands for Self Organising Network. In essence, this is a network that takes care of itself, ie, no user intervention is required. In other words, we’re talking about an “intelligent” Wi-Fi network. Smart Wi-Fi could transform how we manage our devices at home. Image: Pixabay

Some of the features of such a network include the fact that it is self-configuring — new routers, extenders, etc. can be introduced on the fly as SON supports auto-discovery and configuration, self-managing — performance optimisation happens on-the-fly, self-healing – the network will automatically reconfigure itself to make up for dead zones and problem areas, and finally, self-defending – the network learns and adapts to user behaviour to protect against threats.

At least, that’s what the marketing brief states. According to Patel, however, this is not just marketing jibber-jabber, this is technology that exists today.

As he describes it, if you were to set up a home with Wi-Fi SON technology, the entire process really is as easy as described. You buy the routers, access points and other related hardware, set up the devices where needed, and an initial setup aside, everything else will be handled by the network. “As a consumer, you don’t have to worry about Wi-Fi configuration. Your network is intelligently reconfiguring itself, making decisions on its own.”

The network is smart enough to ensure smooth Wi-Fi hand-off as you move from room-to-room. That thing I used to do where I kept switching my Wi-Fi on and off? I won’t have to do it anymore. SON ensures this. You could potentially have a setup where you’re running a purely wireless home. Your TV could be streaming content without the need for an HDMI cable, the only physical network cable might be the one that’s attached to your router.

If you’re worried about latency, Patel says that with current technology, you’ll be able to stream UHD content (that’s wide-screen 4K video) with a 20 ms latency. This is, of course, much lower for FHD and HD content. 20 ms might seem high, but remember that the latency of a spinning hard-disk is about 16 ms. We seem to be at the point where it will be as fast to access data over a network as it will be to access it from the hard drive of your PC.

Think about that for a moment.

I think I’m most fascinated by what this technology would mean to the home of the future. Imagine how freeing it would be to live in a world without cables.

Why would you need to be restricted to an Amazon FireTV stick or Chromecast when your PC could serve wirelessly serve up higher quality content on demand?

Why restrict your gaming sessions to your living room when you could stream that very game on your handheld smartphone or tablet?

A fast, intelligent, ever-present network will transform the world as we know it.

The possibilities, to put it simply, are endless.