The Science Technology and Innovation policy of 2013 envisages positioning India among the top five global scientific powers by 2020.

Shedding its hesitant and cautious approach of the past with regard to participating in global mega science projects, India has taken bold steps in recent years to join international scientific quests. The Science Technology and Innovation policy of 2013 envisages positioning India among the top five global scientific powers by 2020. In addition to home-grown science and engineering projects, the policy advocated participation in global science projects arguing that as a civilised country we must also participate in global mega science projects aiming to find out, for example, the ultimate structure of matter or the origin of the universe.

Here are some of India’s Big Science initiatives:

Feeling the fabric of space-time: The detection of gravitational waves for the first time in February 2016 after a century of speculation and decades of tenacious attempts to improve sensitivity of instruments to detect these elusive waves, was hailed as the ‘discovery of the century’. Of over 1000 scientists from 15 countries who jointly made this discovery, 39 were from India. Indian scientists made direct contributions — ranging from designing algorithms used to analyse signals registered by detectors to ascertain those from a gravitational wave to working out parameters like estimating energy and power radiated during merger, orbital eccentricity and estimating the mass and spin of the final black hole and so on. Currently, there are only two detectors in operation, both in America. Building on their strength, Indian astronomers are proposing to build the third detector somewhere in Maharashtra. Called Indian LIGO (IndiGO), the instrument matching the two LIGO observatories in the US would enable scientists to pinpoint the source of gravitational waves.

Big Bang: India became a full Associate Member of “God particle” fame CERN on 16 January 2017, thereby getting full access to data generated at the world’s largest particle physics laboratory. Currently, CERN has 22 member states. Indian scientists have helped build the Large Hadron Collider (LHC), the most powerful particle collider in the world as well as the construction of two significant CERN experiments, CMS and ALICE. Incidentally, CMS is one of the two experiments that discovered the Higgs Boson, popularly called as ‘God particle’ and ALICE creates conditions that existed at the time of big bang.

Digging deep: Shivajisagar lake was impounded in the Koyna region in Maharashtra to create an artificial reservoir in 1962. The massive earthquake of magnitude 6.3 that occurred in 1967 brought to light dangers of Reservoir Triggered Seismicity (RTS). Since its construction, the region has witnessed 22 earthquakes exceeding magnitude 5, 200 exceeding magnitude 4 and several thousand smaller earthquakes. Indian geophysicists have drilled a seven-km deep borehole in this earthquake zone and have established an on-the-spot observatory to study earthquakes. The observatory is studying physical and mechanical properties of rocks before, during and after a quake; physical and chemical changes in the earth's crust that occur during an earthquake; and temperature change that impels melting of rocks. Geologists are hopeful that the knowledge garnered from the web of 15 earthquake sensors and the on-spot data collection, has potential for making earthquake forecasts possible in future.

Making of atoms: India is part of the international Facility for Antiproton and Ion Research (FAIR) coming up at Darmstadt, Germany for studying the building blocks of matter and the evolution of the Universe. This sophisticated accelerator complex will use high-energy, precisely-tailored ion beams to mimic the conditions inside the core of stars and early phase of the universe.

The 1.2-billion euro facility will study the structure of matter and the evolution of the universe since the Big Bang. While the Helium and hydrogen were formed in the early universe, rest of the elements it is postulated were cooked inside the stars. The facility would also shed light on the creation of heavy elements in stars and also the interiors of planets. Indian institutions will be engaged in building NUSTAR (Nuclear Structure, Astrophysics and Reactions), CBM (Compressed Baryonic Matter) and PANDA (Antiproton Annihilation at Darmstadt) in addition to building equipment to be used at the heart of the FAIR accelerator. Looking back in time: India has joined nine other nations to build the world’s largest and most sensitive radio telescope — Square Kilometre Array (SKA). It will combine signals received from thousands of small parabolic and dipole antennas spread over a distance of several thousand kilometres across Africa and Australia. Karoo desert in South Africa will host the core of the 350 MHz to 14 GHz mid-frequency dish array while the Australian telescope will observe lower-frequency scale, from 50 to 350 MHz and the total detection area of the receiver dishes would exceed 1 square kilometre.  A large number of dipole antennas are capable of receiving very low frequencies while the 3000 odd parabolic antennas operate at higher frequencies. Combining signals from all these thousands of antennas would simulate a single giant radio telescope with extremely high sensitivity. The sensitivity of this radio telescope would be fifty times more than any other radio telescope and it will be able to survey the sky 10,000 times faster enabling astronomers to even capture faint radio signals emitted by cosmic sources billions of light years away from Earth. With such a powerful telescope, astronomers could peer deep into the universe, way back in time when the first stars were emerging. 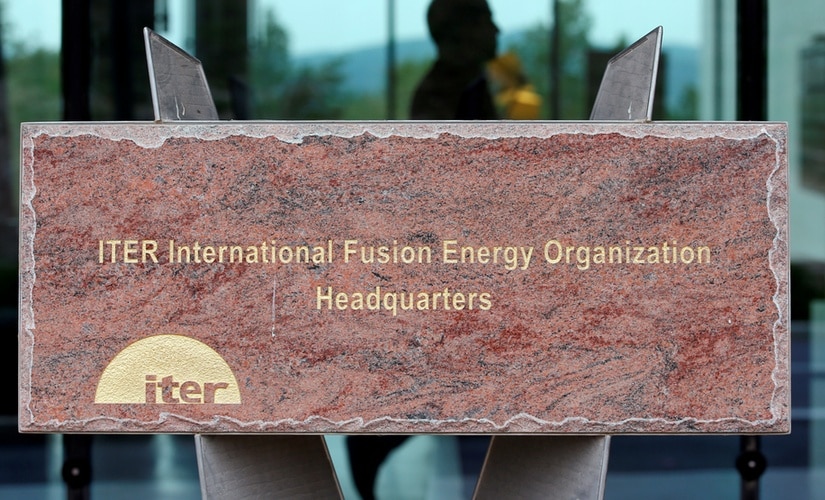 Shining like Sun: The International-Thermonuclear-Experimental-Reactor (ITER) has embarked upon an ambitious project to build a little bit of Sun in laboratory conduction. While the conventional nuclear reactor breaks a heavy atom like plutonium to gather the binding energy, the fusion reactor will fuse two light elements like say hydrogen into helium to harness the energy. As fusion reactors will not use any radioactive materials, yet generate immense energy, it is considered as a clean-green source of energy. The high temperature in the core of the stars results in light elements becoming highly ionised and attain plasma state. It is in this plasma state that two or more light elements could fuse. If we have to re-create such a condition on Earth, then we need to make a small amount of hydrogen into plasma before we can achieve fusion. One of the challenges is to contain high-temperature plasma in a confinement to achieve the fusion. The experimental nuclear fusion reactor being built at Cadarache in the south of France hopes to harness fusion reaction to generate energy. European Union, United States, Japan, China, Russia, South Korea and India are jointly building and operating this test facility. Institute for Plasma Research, Ahmedabad is contributing crucial parts of the tokamak reactor’s gigantic cryostat.

Predicting rain:  The India Meteorological Department (IMD) is developing a dynamic weather prediction model involving 3D mathematical simulation of the atmosphere on the computer and to test variations of dynamic models to ferret out the best ones for an operational forecast of rainfall. While the ultimate goal is to get operational weather forecasts at a horizontal resolution of 12 km, by 2019 National Monsoon Mission will provide block level weather forecast. With the improvements in forecast, 24-hour track and intensity forecast error of the tropical cyclones reduced from 141 km to 97 km and ‘landfall error’ from 99 km to 56 km during 2006 to 2015. The accurate forecast of the recent cyclones, Phailin, HudHud and Vardah saved thousands of human lives.

Churning the Sea:  Using research vessel, Gaveshani, Indian researchers had collected samples of poly metallic nodules from the Arabian Sea in 1981 and India was given a pioneer area for exploration of deep sea minerals in the Central Indian Ocean Basin in 1987. Subsequently, extensive surveys were carried out leading to allocation of an area of 150,000 sq km with exclusive rights under the UN Law of the sea. India has access to an area of 75,000 sq km with an estimated resource of about 100 million tons of strategic metals such copper, nickel, cobalt besides manganese and iron. As various national institutions have developed technologies for the extraction of metals from the minerals, soon India would establish First Generation Mine-site (FGM) with an area of 18,000 sq km and harvest natural resources from the sea-bed. The multi-purpose deep ocean mission would also try to harness deep ocean energy, deep sea fishing along with deep sea mining. Further technologies for sea water desalination to obtain potable water would also be undertaken. 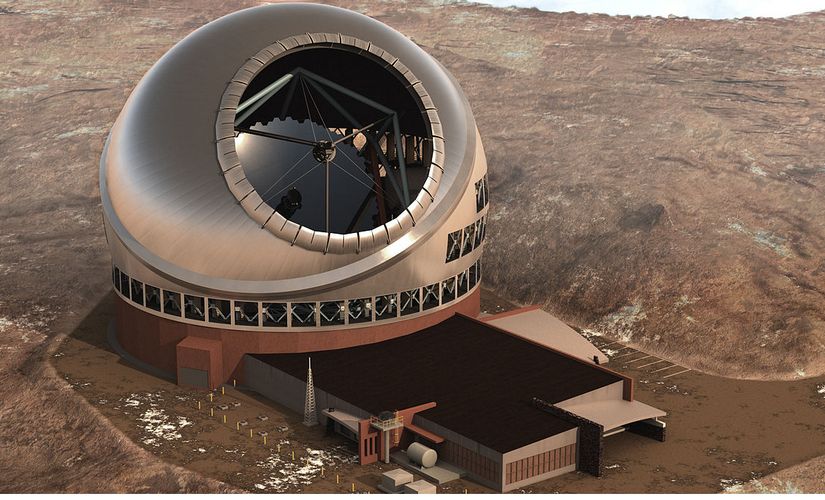 Looking deep:  The Thirty Meter Telescope (TMT), world’s advanced ground based telescope, is expected to outsmart all ground-based telescopes once it is operational. Made of 492 individual segments, the telescope mirror would have a reflective diameter of 30 meters and would be 81 times more powerful than any other telescope. It a partnership project involving CalTech, Universities of California, Canada, Japan, China and India. While initial location chosen was Hawaii, Hanle in Ladakh was also considered as an alternative. However, it may perhaps be finally located in Chile. The building of such a massive telescope is a technological challenge. The mirror segments have to be aligned precisely with each other and the adaptive optics proposed would eliminate the twinkling effect caused by atmospheric thermal disturbances. India will develop and manufacture 15 percent of the mirror segments and assembly.

Reaching for stars: India had dazzled the world by reaching Mars in very first attempt. Indian spacecraft reached the moon before that. Currently AstroSAT a multi wavelength space telescope is operational. ISRO in coming years would add many more deep space missions to its credit. Chandrayan 2- with a lander and rover is proposed to be launched some time in 2018-19. A mission to study the Sun – Aditya, is in the offing. Building upon the success of the Mars Orbiter Mission, ISRO is planning to send yet another spacecraft to study Mars. Indian space programme in addition to providing telecom, weather, navigational services, would also take a pride of place among the spacefaring nations of the world.

Technological spinoffs of mega projects such as LHC or FAIR are immense. Technology developed in CERN went into making mammograms used for breast cancer detection, while the positron used in particle physics experiments gave us PET (Positron Emission Tomography). The study of fundamental particles is sure to yield newer imaging technologies. That’s why it is important to invest in mega science projects.