40 percent of consumption in fast moving consumer goods segment to be driven digitally by 2020: Google

40 percent of consumption in the Fast Moving Consumer Goods (FMCG) segment worth $45 billion will be driven digitally by 2020, a new Google report said.

Underlining the rapid growth of digital in India, 40 percent of consumption in the Fast Moving Consumer Goods (FMCG) segment worth $45 billion will be driven digitally by 2020, a new report said on Wednesday. 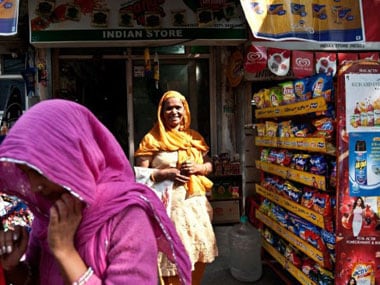 According to the report by Google India and Boston Consulting Group (BCG), there will be 650 million Internet users by 2020 — with the highest growth coming from non-metros owing to increasing mobile penetration.

This mass reach will have a big impact for FMCG companies and influence categories such as baby-care and beauty.

"FMCG was considered the last bastion for digital adoption but not anymore. It's growing rapidly and much faster than the industry imagined," said Vikas Agnihotri, Industry Director, Google India, in a statement.

The report also said that the share of digital advertising spends by FMCG companies, which was only 10 percent in 2016, is expected to grow substantially to reach 25 to 30 percent by 2020.

Online consumers spend twice more on FMCG purchases than offline consumers and the e-commerce segment within FMCG is expected to grow to become a $6 billion market, the report noted.

The number of online video users has grown by three times and they are seeking the 3Vs — Video, Vernacular content and Views, the report said.

As local language contents are increasingly becoming important, there has been 10 times growth in vernacular 'searches', over two times growth in watch time of vernacular YouTube content and five times faster growth of Hindi content consumption on websites versus English in the last one year, the report added.