EcoSport S is a well-packaged offering for someone wanting a feature-rich sub 4-metre SUV, and Ford is also going to town about its lower service costs.

It's just six months since the thoroughly updated Ford EcoSport was launched, but the manufacturer is clearly not one to rest on its laurels. There's a new range topper in the EcoSport family now, dubbed the EcoSport S. The S sports minor cosmetic tweaks inside out along with a sunroof, but the bigger news is under the hood. The EcoSport S brings the famed 1.0-litre EcoBoost engine back along with an all-new six-speed manual gearbox. What is it like to drive? Read on to find out. The EcoSport S is based on the Titanium+ variant and is the new top of the line variant. Exterior changes include a blackened grille, smoked HID headlights and black inserts for the fog lamps which lend the SUV a more upmarket look. The EcoSport S also gets redesigned, sportier looking 17-inch alloy wheels. Another important addition is the introduction of a sunroof which does a lot in elevating the upmarket feel. The entire roof and roof rails also get a gloss black finish now to go with the sunroof.

Updates to the interiors include orange accents on the seats, door panels as also the dashboard which goes well with the all-black theme. I also liked the fact that Ford has cleverly used part leather and part fabric seat covers in the EcoSport S. The steering wheel also gets orange stitching, while looks nice. Ford has revised the instrument cluster design as well and the clocks certainly look a lot more appealing and modern now. The instrument cluster also integrates a new, larger 4.2-inch multi information display which includes a tyre pressure monitoring system too. The EcoSport S continues using the same 8.0-inch touchscreen display for the infotainment system as before. The screen is a delight to use with its crisp resolution and excellent touch sensitivity and not to forget, Apple CarPlay and Android Auto connectivity.

How is it to drive?

The three cylinder, 1.0-litre turbocharged EcoBoost petrol engine makes a comeback in the EcoSport S. Outputs have not changed and the engine offers 125 PS and 170 Nm just like before. The EcoBoost comes mated to a new six-speed gearbox this time, and fifth and sixth gears are overdrive. The three pot motor builds revs quickly and there isn't much turbo lag to say so. The EcoSport S thus feels quick, whether taking off from standstill or accelerating through gears.

The engine feels smooth throughout its rev range as well — performance is linear, with just a little hint of stress as you close in on the redline while adequately spaced ratios ensure you don't need to work the gearbox too much. The engine doesn't sound coarse unless you're really punishing it, though it does not exactly sound sporty even at high revs. That said road noise could have been controlled better, as a fair bit of noise creeps into the cabin at highway speeds. Moving onto the new gearbox, I am impressed with the six-speed transmission, as shift quality is impressive. Gears slot in better as compared to Ford's older five-speed manual transmission, which in turn makes for a reassuring feel. Cruising on open highways is a cinch for the EcoSport S — at a speedo indicated 80 kmph in sixth the engine is spinning at just under 2,000 rpm, while at 100 kmph the motor is spinning at about 2,200 rpm. 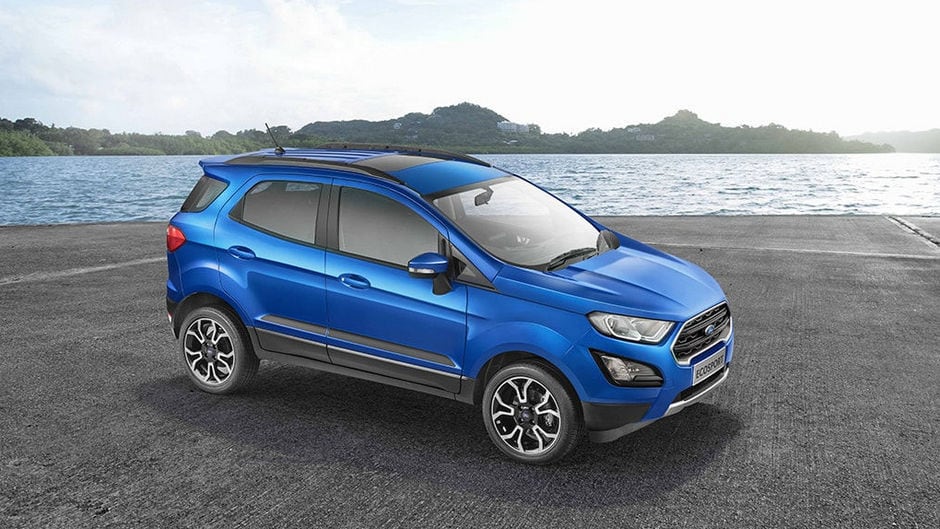 Addition of the sixth cog should certainly benefit the EcoSport's highway manners and help it feel more relaxed on long drives. We didn't get a chance to drive the EcoSport S in city though, and it remains to be seen how the powertrain feels in traffic. Claimed efficiency for the EcoBoost is 18.1 kmpl and Ford also claims CO2 emissions for the engine are 12 percent lower than conventional four-cylinder engines.

The EcoSport S is also being offered with the 1.5-litre, four cylinder diesel engine that offers 100 PS, though that engine comes mated to Ford's five-speed manual transmission and not the new six-speed unit. Apart from the EcoSport S, Ford has also launched a limited edition variant called the Signature Edition based on the Titanium variant. Updates to the Signature Edition include the sunroof and black surrounds for the fog lamps, though the grille gets a chrome surround here and the design of the alloys (17-inch units again) is different. 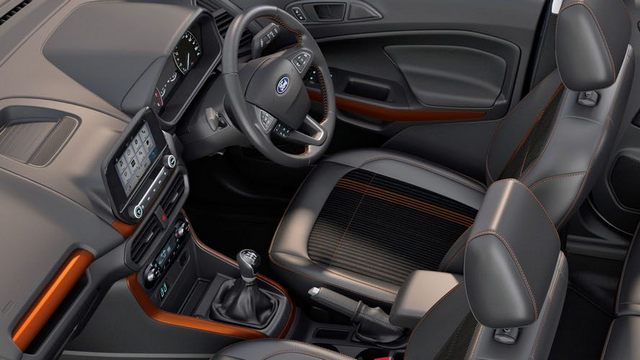 The Ford EcoSport has done well for Ford since its debut in 2013 and last year's update brought it right back into the game with rivals like the Maruti Suzuki Vitara Brezza and the Tata Nexon. The styling changes on the EcoSport S may be subtle but work well in elevating the SUV's upmarket feel. The 1.0-litre EcoBoost engine and new six-speed gearbox meanwhile make it more engaging to drive. On the whole, the EcoSport S is a well-packaged offering for someone wanting a feature-rich sub 4-metre SUV, and Ford is also going to town about its lower service costs.

The EcoSport S is priced at Rs 11.37 lakh ex-showroom New Delhi for the petrol version, while the diesel retails at Rs 11.89 lakh. The pricing might sound premium, but for the price you also get a lot of equipment. The Signature Edition is priced lower at Rs 10.40 lakh for the petrol and Rs 10.99 lakh for the diesel. Both versions should help Ford in extending its reach in the sub 4-metre SUV segment further.