For a tech journalist, the summer months from April to June mean one thing. But earlier this year, when Mobile World Congress was cancelled, it was an indicator of things to come.

For a tech journalist, the summer months from April to June mean one thing — bracing for a host of major technology conferences from the who’s who of Silicon Valley royalty.

The start of the year prepares us for this onslaught, beginning with the Consumer Electronics Show (CES) in January and Mobile World Congress (MWC) in February-March. This summer — with the world in lockdown due to the coronavirus outbreak and all major events cancelled or being conducted virtually — is an anomaly in my over a decade-long career as a tech scribe.

2020 has been unlike any year in my living memory, as it has for many of you. Earlier this year, when Mobile World Congress — the flagship global telecom event, which sees a footfall of around 1,00,000 in Barcelona — was cancelled, it was an indicator of things to come. The Mobile World Congress in Barcelona was the first major tech conference to be called off this year. All images courtesy Nimish Sawant

This is what my summer calendar usually looks like:

Facebook F8: CEO Mark Zuckerberg kicks off this Facebook developer conference by presenting the new features being unveiled over the coming year. This is followed by his lieutenants from WhatsApp, Instagram, Messenger and Oculus doing the same. It was scheduled over 6-8 May.

2020 Status: Cancelled. In fact, Facebook has cancelled all its large events which would have drawn 50 or more people till June 2021.

Microsoft Build: A Microsoft developers conference which kicks off with major upgrade announcements to the Windows OS (used by 77 percent desktop users globally) and new Surface hardware. It was scheduled from 19-21 May.

Google I/O: Android is the mobile OS of choice globally, having many more users than even Windows OS. In May, every year, Google announces not just the new version of its Android OS, but also updates to Google Maps, Assistant and more importantly, new Pixel hardware. It was scheduled for 12-14 May.

Computex: While Computex has been losing its mojo over the years, as the conversation shifts from desktop to mobile, this is one respected technology conference taking place in the lovely city of Taipei, which lays the groundwork for the PC industry in the coming year. It was scheduled for the first week of June.

Apple WWDC: Taking place in San Jose, California, the Apple Worldwide Developers Conference is the place where Apple CEO along with his deputies announces its software roadmap for the year for the iPhone, iPad, MacBooks, Watch, Apple TV and more. It was scheduled for June.

E3: This is the biggest gaming convention in the world and was scheduled for 9-11 June.

At first glance, these may seem like sundry one/two/three-day events. But for technology journalists, the three months over which these events occur are like a gruelling exam schedule. Each of these conferences is preceded by a huge hype-cycle built up of news stories, predictions and analyses. On the day of the event, leading technology websites like tech2 (disclaimer: the author worked here) run liveblogs with the latest updates, and since most of these events (barring Computex) are held in the US, late nights in the office are the norm during this phase. Each event is followed by another wave of news, videos and analyses for days after, the process itself repeating on loop until E3 wraps up, post-which there is a cooling off period over July-August. 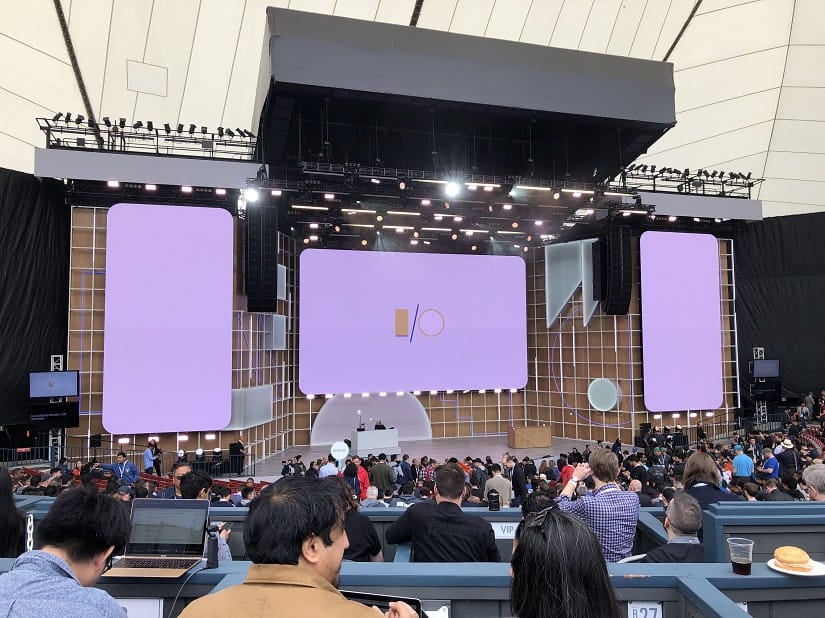 Google I/O generally takes place in the massive Shoreline Amphitheatre every May. This year the event was cancelled

More importantly, given the names involved, these are not just one-off events, but lay the groundwork for the direction consumer technology in general will take. If you don’t wrap your head around what features Apple announced for the new iOS version at WWDC in June, good luck making sense of the new iPhone launch in September.

These technology conferences are big business. According to an estimate by PredictHQ, the combined losses just from airfare, lodging, food and transportation due to the cancellation of 10 big ticket events (MWC, Google I/O, Facebook F8, E3, Game Developers Conference and so on), due to coronavirus lockdowns, has crossed $1 bn. This estimate does not include the amount of money lost by event sponsors, cost of booths and other ancillary expenses that every event incurs. At multi-brand events such as MWC, E3, Computex, it also means all the marketing budgets set aside by technology brands (planning to launch new hardware) are out of whack. Add this all, and the losses would now run into several billion dollars.

I became a freelancer a few months ago, so this summer was going to be different for me anyway. I would still have followed these major events of course, but might have relaxed somewhat my regular rituals of creating a detailed calendar for the livestreams of these conferences with timings in IST — and postponing or shunning any social commitments that might have clashed with this schedule. While the disruption this year has certainly robbed me of probable pitches and income streams, I am sure my former teammates are relieved that these events aren’t happening at a time when they’re swamped with coronavirus-related coverage. 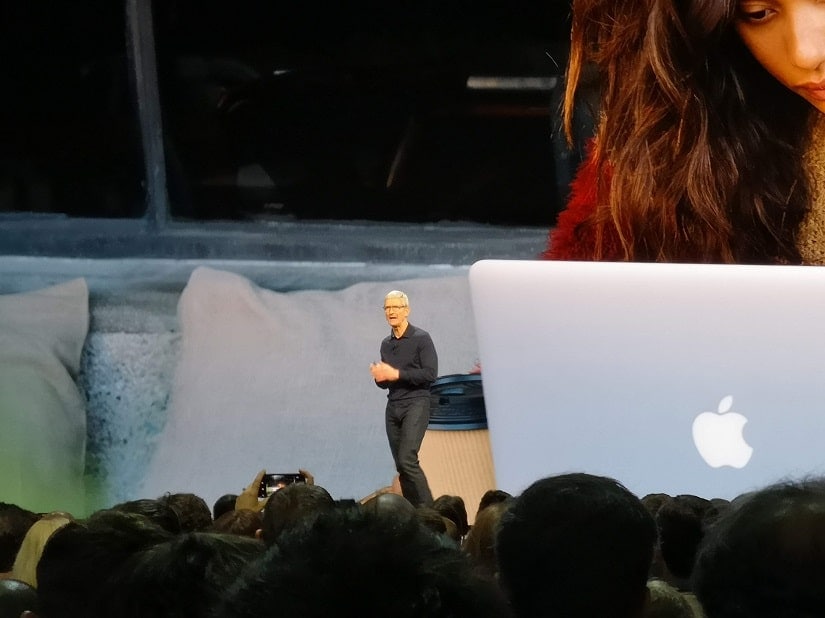 When the coronavirus outbreak made headlines in early January, not many perceived that it would have an impact outside of China or South East Asia. In February, everyone was still looking forward to new 5G technology related announcements and new 5G phone launches at the Mobile World Congress. Just 10 days before the MWC was to take place, however, it was called off.

Not taking away any lessons from this disruption would be naive. For anyone who has been covering consumer technology as a beat, the last three years have been a nightmare. As if the slew of smartphones and other hardware launches every other week wasn’t enough, there has also been a deluge of privacy-related blunders pertaining to Big Tech companies.

Things weren’t this fast-paced just five years ago. Innovation was happening, but now it seems as if innovation too has to follow strict timelines that are getting eerily shorter with every passing quarter. Naturally, this comes at a societal cost. Just look at Facebook’s history of privacy blunders. Or the disastrous foldable phones that we saw launched last year — a perfect example of innovation for innovation’s sake. With timelines so rigid and a narrow window to test out all flaws, first-time buyers of such products are nothing more than beta testers. Planned obsolescence — the practice of designing products which have a limited lifecycle and become redundant after a certain period of time — is very much the reality. 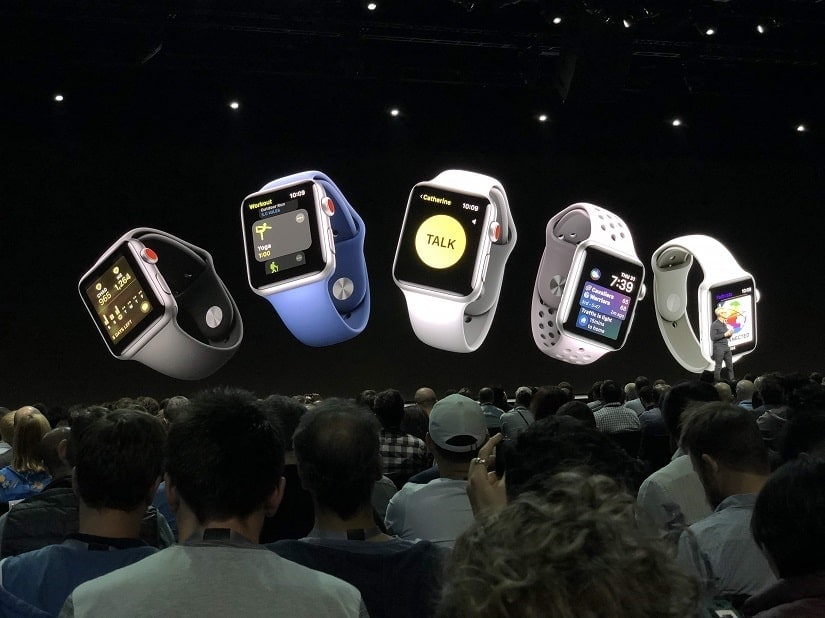 Every tiny incremental update is now marketed as a huge event. Take the smartphone launches happening every other week in India, for instance. For more than two-thirds of the tech conferences I’ve attended in India and abroad, I’ve wondered: “Did I need to travel all this way to cover this event? Couldn’t I do it remotely via a livestream?” This is not to say that technology conferences have no value — far from it. Multi-day developer conferences give journalists a chance to meet big tech executives face to face. There’s a chance, on a lunch or tea break, to serendipitously sit beside an up-and-coming developer who is working on a hot product which helps you get an in before your rivals. From a developer’s perspective, these events are business and networking opportunities.

But I wonder if the format within which these major technology conferences operate will remain sustainable over time. Working from home was frowned upon in a lot of industries, yet this pandemic has shown us that by using the right tools, it is possible. If NASA scientists and engineers can perform interplanetary missions from the comforts of their homes, there is no reason why a lot of working environments can’t adapt to the remote working philosophy. Events such as Google I/O, Facebook F8, Apple WWDC may still carry on, as they are company-specific. But a Mobile World Congress, Computex, E3 (where many technology companies participate) would only make sense as a business convention rather than having the whole media and influencer community there.

Many big brands, such as Samsung, Huawei, Apple are already doing their own events. For smaller brands it’s a matter of fighting for attention at a major technology expo. Smaller virtual events would certainly make a lot more sense for product launches, while the business operations carry on at the expo. Keynote address livestreams are still part of all the major events and probably have a greater viewership than the number of event attendees. With Apple and Microsoft trying out the online-only route this year, I don’t see any reason why that won’t become the norm for a lot of events going forward. Google I/O has been livestreaming not just its keynote address but even the developer-focussed masterclasses which were only accessible to attendees earlier. 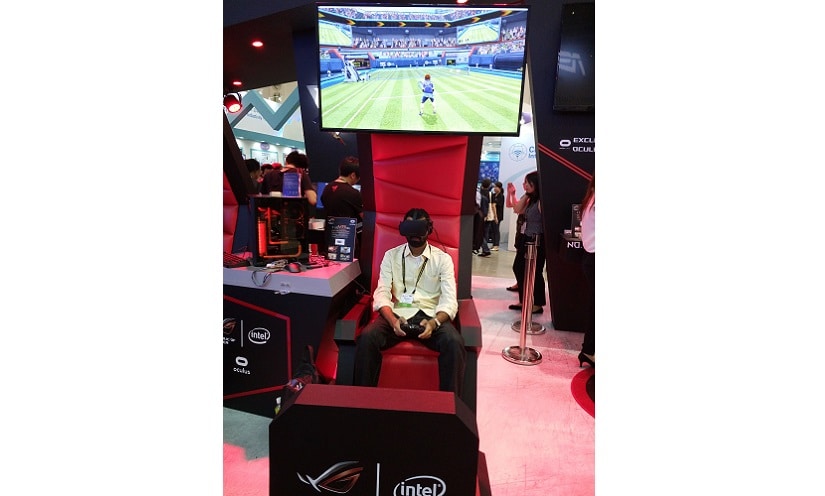 The author engaged in VR gaming at Computex, Taipei, which generally takes place in first week of June. This year it has been postponed to September

There have been some silver linings when it comes to the technology sector during this global crisis. The clear and present danger got a lot of Big Tech companies to drop their product-related plans, and focus on helping the global community by using tech and artificial intelligence tools to make sense of the coronavirus outbreak. News of arch-rivals Apple and Google coming together to work on a protocol for contact tracing using mobile phones, Facebook being proactive from day one when it came to measures to adapt on its platforms as well as helping research institutes with access to its data, are refreshing developments. Big Tech, which has got a bad rep for just being concerned only with its own profits, has responded quite responsibly during this lockdown phase.

I hope the coordinated global response to coronavirus teaches us important lessons in keeping the pedal to the metal when it comes to another existential threat — climate change. Science has indicated how our activities have already brought us in the Anthropocene age, an epoch where irreparable damage to the environment is caused by human activities. The forced lockdown observed by China because of coronavirus cut down its carbon emissions temporarily by 25 percent. A Stanford professor estimates that this reduction in air pollution in China alone saved 20 times more lives than have been lost due to COVID-19. That’s not to say we need these extreme measures to tackle climate change. The threats due to the coronavirus were urgent and visible, resulting in a coordinated global response. Climate change, which is happening relatively gradually with its ill-effects seen over time (years sometimes), does not get the same, quick response.

It’s time for us to reevaluate our relationship with technology. As for my fellow technology journalists, I hope we can reclaim our lost summers.