Top lawyers are calling for the regulation of social media, but its scope first needs to be defined

While the concerns around social media abuse are legitimate, controlling social media platforms is something that is a technical nightmare as well

The Supreme Court of India has expressed concern about the misuse of social media to spread agenda-driven discourse which employs the use of abusive language, aggressive reactions on everyday issues and more. The court expressed anguish at comments by a senior advocate who was also the former Supreme Court Bar Association president, who went on to say that most of the judges are pro-government.

Replying to such accusations, the bench said that people should attend proceedings in the court to see how the courts have hauled up the government to protect the rights of citizens. 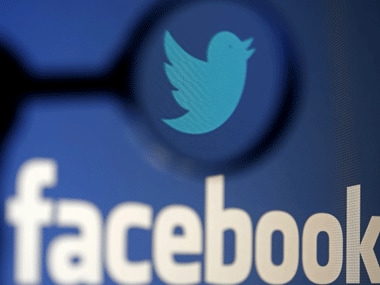 Prominent lawyers such as Fali S Nariman and Harish Salve have supported the concerns raised by the Supreme Court. In fact, Salve even went to the extent of deleting his Twitter account as his feed was getting increasingly abusive. Nariman said that he has stopped looking at his social media feeds, which are full of "unwarranted comments." The bench even discussed that an observation made during the hearing on the Rohingya matter was being discussed on social media as if an order was delivered on the matter. This prompted a lot of online users to attack the Supreme Court in their social media messages.

Both Salve and Nariman are of the opinion that social media needs to be regulated to prevent people from posting objectionable and abusive posts. The court bench was hearing a plea seeking restrictions on the proclivity of ministers or public functionaries to make controversial statements on sensitive matters, which may or may not be sub-judice. This was in reference to former UP minister Azam Khan, who commented on a highway gangrape case (calling it an outcome of a political conspiracy) which prompted the survivor's parents to file a case against him.

The court bench was hearing a plea seeking restrictions on the proclivity of ministers or public functionaries to make controversial statements on sensitive matters, which may or may not be sub-judice. This was in reference to former UP minister Azam Khan, who commented on a highway gangrape case (calling it an outcome of a political conspiracy) which prompted the survivor's parents to file a case against him.

The apex court had on 31 July asked the Attorney General to assist it on legal issues, including whether a minister or a public functionary could claim freedom of speech while airing views in matters of official business of the State, such as criminal investigation. However, Khan had on 15 December last year tendered an "unconditional apology" for the remark, which the apex court had accepted.

Regulating Social media, is that even possible?

This is not the first time that a call for regulating social media has been made. Arun Jaitley, in his lecture on All India Radio in 2015 had said that while there can be no ban implemented on the media, social media needed to be regulated. According to him, while social media gave a voice to the citizens, it was still unregulated and carried a lot of false, defamatory and damaging content.

While the concerns are legitimate, controlling social media platforms is something that is a technical nightmare as well. China is the first country that comes to mind when one discusses regulation of the internet in general and social media in particular. And that is because every social media site that wants to operate in China has to give the government the provision to access their databases if need be. In a democracy such as India, that would surely not be appreciated.

As explained in this piece on Firstpost, Twitter, Facebook, WhatsApp are platforms and a lot depends on how information on these platforms is consumed by the end recipients.

The only legal recourse currently to tackle social media abuse, in the absence of strong privacy laws, is through other means, says cyber law expert and information privacy professional Asheeta Regidi.

According to New Delhi-based advocate Aman, "It is important to first describe the scope of the regulation. Will it involve banning sites? Or will it involve use of certain keywords." Aman feels that using trolling on social media as a means to regulate it is going down a slippery slope. He feels social media platforms should be self-regulated and in case anyone feels threatened or abused they should make use of the 'Report Abuse' feature that is offered by most social media platforms.

Mishi Chaudhary of SFLC.in says that social media users are not very keen on regulations. "Most users don't wish for more social media regulations through more laws because any such measure leads to harassment at the hand of law enforcement. Let's not forget what 66A led to when it was constitutional," opines Chaudhary.

Regidi feels that the effect of any law around social media regulation must take into consideration the wording. Citing the example of the broad wording of Section 66(A) of the IT Act, which led to its removal, Regidi states, "It was the main law for dealing with trolls and abusers online. A better, tightly worded replacement is certainly needed, enabling quicker actions against such persons."

Another question that will inevitably need to be answered has to do with the freedom of expression. According to Aman, "You have the freedom of speech, and you have a freedom to express your thoughts. Of course, it comes with certain restrictions. Only if anyone's social media activity goes beyond these restrictions should we discuss regulation."

Chaudhary feels that platforms such as Twitter and Facebook need to do more to check harassment without resorting to censorship. A multi-stakeholder approach to discussing issues and coming up with solutions is what she suggests.

But in India, where the definition of offending someone changes on a daily basis, the definitions of restrictions online can also be open to interpretation. We have all read about the cases of sedition that have been slapped on people for their social media postings. In October 2016, a Facebook user was booked for sedition for posting derogatory remarks against the Haryana government, the BJP and the RSS. In 2012, free speech activist Aseem Trivedi was arrested for posting caricatures on Facebook which mocked Parliament. One of the charges pressed against him was sedition. In both the cases, what may have been freedom of expression for the original poster, was interpreted as an attack on the country by someone else.

"A law as widespread as Section 66A can definitely lead to a chilling effect on free speech. A specific, limited law, on the other hand, can have the right effect of balancing free speech with reasonable restrictions," says Regidi. While she agrees that applying this limited law on a vast number of online abusers will be extremely difficult and possibly impractical, she says specific abusers can be brought to book under the same.

Chaudhary feels that organised harassment by troll armies has become a tool that is used by all political parties. But there needs to be honest conversations around the topic lest we get another Section 66 (A) like law.

"Honest conversations about use and abuse of social media and actors involved are absent from the public discourse. SC cannot be expected to opine on all aspects of our lives or teach civility," says Chaudhary.