On the 246th birth anniversary of social reformer Raja Ram Mohan Roy — also known as the father of Indian Renaissance — Google honoured him with a doodle.

On the 246th birth anniversary of social reformer Raja Ram Mohan Roy, also known as the "Father of Indian Renaissance", Google honoured him with a doodle.

Born on 22 May, 1772 in Radhanagar village in West Bengal, Roy is known for holding views that were ahead of his time. As noted by The Indian Express, Roy learnt Persian, Arabic, and Sanskrit during his early years. This paved way for his belief in monotheism. He grew up to shun Hindu rituals despite having a Hindu Brahmin father. 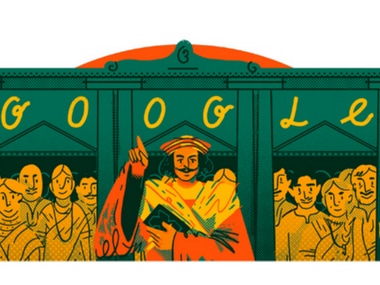 According to NDTV, Roy read Upanishads and Vedas and went on to write Tuhfat al-uwahhidin, in which he advocated for reason in religion and opposed ritualism.

He founded the Brahmo Samaj, one of the first Indian socio-religious reform movements. The institution was aimed at fighting various social evils as Roy believed that only proper education could help bring in reforms. He set up many education institutions like the Hindu College in Calcutta in 1817, the Anglo-Hindu School in 1822 and Vedanta College.

Later in life, he also translated Vedic scriptures into English.

Roy is mainly remembered for his work towards getting the practice of sati abolished. But, as pointed by Free Press Journal, he only developed his opposition to the practice after he witnessed the immolation of his sister-in-law at his brother's funeral. It is said that the incident left such an impact on Roy's mind that he then began visiting crematoriums to see if women were being forced to commit sati.

Roy's many contributions to the Indian society continue to find their relevance even today.

The doodle dedicated to Roy has been created by Toronto-based designer Beena Mistry.