Lok Sabha Elections 2019: Despite Code of Ethics for social media platforms during polls, no way to gauge if it's working

How will a Twitter update or a WhatsApp update tell you if a piece of information is correct or not. That’s not their job.

The General Elections 2019 were announced on 10 March 2019 and the Model Code of Conduct came into effect in the country the same day. On 20 March 2019, the social media companies adopted a code of ethics which was presented to the Election Commission of India (ECI).

The social media platforms have committed to process any violations reported under Section 126 of The Representation of the People Act, 1951, within three hours. Internet and Mobile Association of India (IAMAI) facilitated this code of ethics to be adopted by social media companies and the ECI endorsed it.

According to IAMAI, “The Code of Ethics has been successful in curbing fake news, as reported by our members and the ECI. It may not have been effective 100 percent but has been effective to a large extent. Companies like Google, Facebook, Twitter, WhatsApp, ShareChat, Bibo TV, etc., have adopted it.”

IAMAI also highlighted that there are many challenges, “The timeline is a challenge. All these companies have different business models, so trying to club them in a single timeline will be unfair to them also. To the best of their ability, they are doing it. Some are doing it even faster. They are not waiting for ECI to reach with the complaint. On their own, they are working on it proactively. The platforms have sent their own trainers to designated nodal officers of ECI. Now, the process is whenever ECI receives a complaint, the nodal officer vets those complaints about correctness, this is because a lot of it also depends on interpretation. What I find completely offensive may not be the same for you. These nodal officers vet the genuineness of the complaints and raise it to the platform. Each platform has its own grievance officer available 24x7 who takes immediate action on the complaint.” 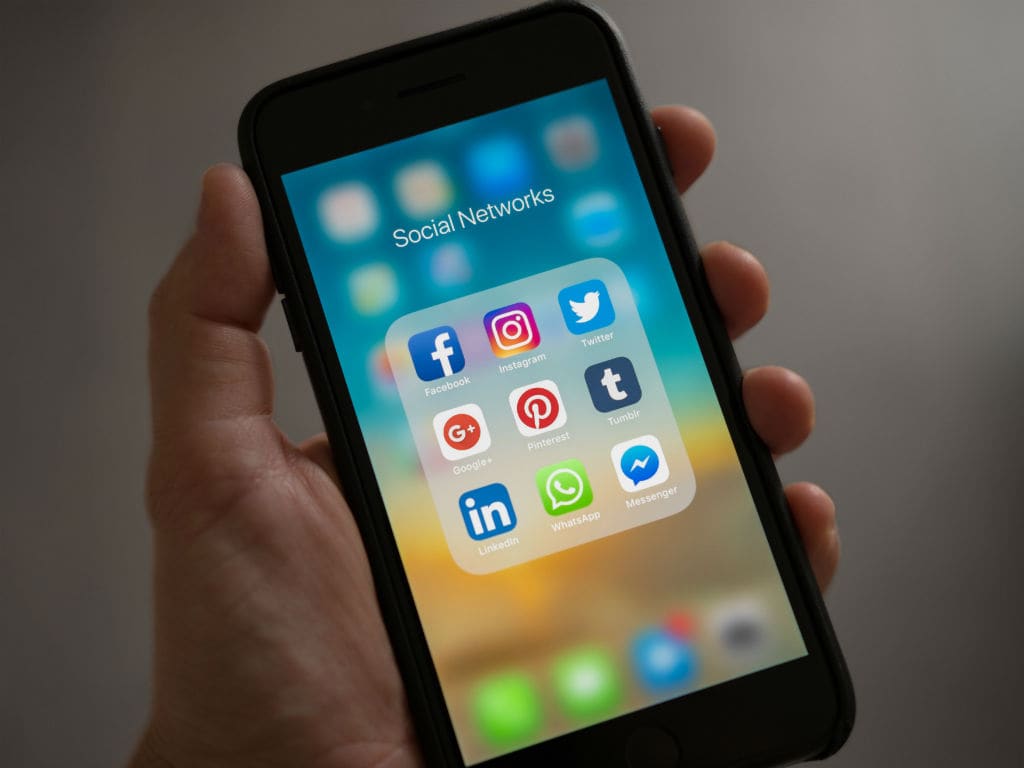 According to Nikhil Pahwa, founder of Medianama, “Just being able to identify someone does not mean that you will be able to prevent misinformation. Also, keep in mind that incorrect information is not illegal. So there are no legal grounds wherein someone is telling someone some information which is wrong. Platforms are now preventing the automated sign up of individuals.”

With respect to efforts taken by social media platforms, Pahwa mentions, “In case of Twitter, it announced a couple of days before that someone cannot add more than 400 members in a day. Both Google and Facebook are putting information on political advertising on their platforms. Honestly, the ECI is doing what it can do. They are able to map the political advertising. They have asked platforms to give them reports on that. In terms of misinformation, they have ensured that the platforms to take down the misinformation the Election Commission tells them about. They have launched an application which allows people to report misinformation. So that EC itself is looking into the matter. In some cases, there are coordinated call centres of political parties and in some cases, there are legitimate people who are voicing their views."

It is not that the companies are not taking steps to curb fake news. Facebook has decided that for any political advertisement to run on its platform, the advertisers have to give their identity and location along with the details for whom the advertisement is being placed. It has also launched an Ad Library where an individual can check the details of advertisers. Apart from it, Facebook has launched a 24x7 centre in Delhi to coordinate with the EC and check fake news. It has also engaged with the independent fact checkers to determine the news is fake or not. It has engaged with Boom Live, AFP, India Today Group, Vishvas.news, Factly, Newsmobile and Fact Crescendo in order to verify news in multiple languages.

In the case of Twitter, the company has launched its Ad Transparency Centre whereby details of Twitter ads along with targeted audience and payment information will be published.

A Twitter spokesperson mentioned, “Platform manipulation is a violation of the Twitter rules and we take a proactive approach to protect the integrity of the public conversation on our service. Twitter is committed to keeping people informed about what’s happening in the world. As such we care deeply about the issues of misinformation as well as disinformation, and their potentially harmful effects on the civic and political discourse that is core to our mission. As a part of the Voluntary Code of Ethics for the 2019 General Election, we have worked with the IAMAI and ECI to build a dedicated channel for the Election Commission to send requests to us easily and quickly for the duration of the election period. Everyone has a role to play in ensuring misinformation doesn’t spread on the Internet, and we encourage people who use Twitter not to share information unless they can verify that it's credible.”

WhatsApp is launching educational campaigns and has also limited the number of messages that can be forwarded to five. It has partnered with Digital Empowerment Foundation and NASSCOM for educating the target audience. WhatsApp limits on how many groups an account can create within a certain time period and bans an account with suspicious group behaviour. 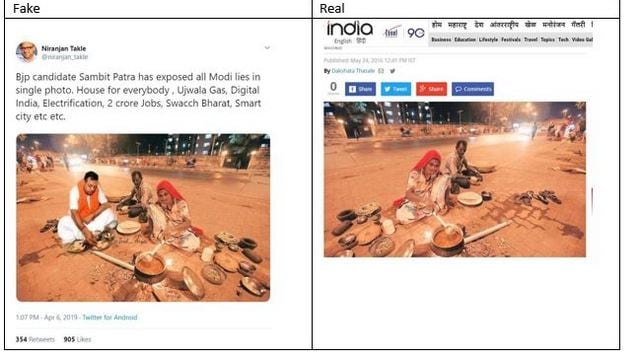 Prasanto K Roy, an independent tech expert based in Delhi says, "It varies depending on the platforms. WhatsApp is most difficult of the platform because it is encrypted. Removal of news or take-down is not possible in the end-to-end encrypted platforms. Facebook can do differently, as it is semi-open, many of the messages are public and so there is a possibility of intercepting that and doing something. Telegram has a different structure and it does not do end-to-end encryption for groups, so groups may be searchable. WeChat in China is not encrypted at all and messages are filtered, searched and intercepted. It is not possible to put a blanket rule for all. They should look at the origin of the fake news and see what’s possible.”

For WhatsApp, Roy says, “With WhatsApp, it’s possible to do with meta-data of media images. That means they may not be able to intercept text message but if there is a media file that is uploaded and then gets forwarded, it can be traced. The forwarding of media file on WhatsApp does not happen itself going from user to user. It is an internal link with metadata which is getting updated and moved. So potentially, there is one guy who uploads the media file, it is stored in one place in WhatsApp. This is in theory but in practice, WhatsApp says that it does not store that metadata and therefore can’t share it with law enforcement agencies. Whether they do or not do is a different thing, but if they start doing it, it’s a huge issue because meta-data is abused very badly by the Indian law enforcement agencies. There are very few privacy controls over the metadata. Telephone, for example, if they have to intercept, they need a court order. But metadata of the call is there with them in real time because of the central monitoring system (CMS). CMS gets live metadata from the telecom service providers. The abuse of metadata is a serious concern. Therefore coming back to WhatsApp, though, in theory, it may be possible to use that metadata for images and videos, in practice, it will be very problematic if they began to do it. WhatsApp says that it has not retained or shared metadata with any law enforcement agency. However, I have found one incident where they have handed this metadata of a voice call to the FBI."

Election Commission on a query from Firstpost regarding WhatsApp replied, “Voluntary Code of Ethics submitted by IAMAI also covers WhatsApp. All violations in social media are taken upon complaint basis only. In case of WhatsApp, the complainant has to mail the WhatsApp number of the offender, along with the screenshot of the offence. The same is taken up with WhatsApp for necessary action, citing relevant legal provision being violated.” 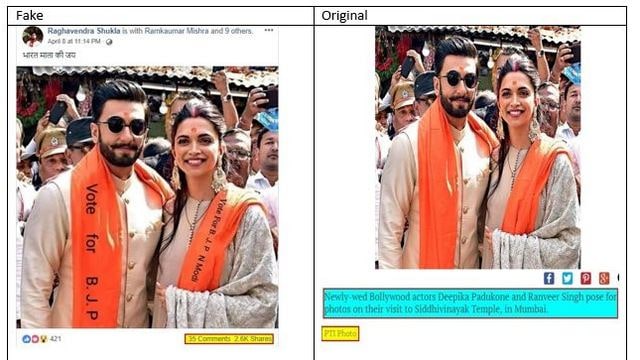 Pahwa says, “In case of WhatsApp they have tried to reduce the velocity of information. They are ensuring that you can only forward a message to five people and not more than that. Earlier you could transfer message to 256 people. So the velocity of transfer of information has come down. They have given powers to users to not to be added in the groups. There is a user control that they would be like to be added in a group or not. “

Roy highlights, “I have always maintained that the most important point is the source of fake news. The real challenge which we are facing now is the political fake news. We can easily know which party is spreading fake news. The parties now have very organised IT Cells wherein BJP is the biggest, Congress trying to catch up. I think it is very important that the source of fake news is cracked down on. The thing is to identify what is fake news and what is not. The social media companies also have tie-ups with fake news buster agencies."

Pahwa adds, “These are IT Cells who are putting content as propaganda. One cannot stop them. You can only stop them from registering thousands of accounts or manipulate trends on Twitter. You can prevent them from mass-messaging people whom they don’t know and spamming them. How will a Twitter update or a WhatsApp update tell you if a piece of information is correct or not. That’s not their job. There are billions of messages on these platform at the global level. They can’t be expected to determine the veracity of a post.”

The Election Commission on its part has launched a mobile application called c-Vigil wherein a complaint filed by a citizen is responded within 100 minutes. Any kind of violation of the Model Code of Conduct like distribution of liquor, distribution of freebies, firearm display, intimidation, paid news, voter transportation and fake news can be reported through this application. Based on the location of the complainant the application transfers the complaint to District Control Room within five minutes. District control room transfers the complaint with five minutes to a flying squad is dispatched. It reaches the location within 15 minutes. The fact-finding is completed in another 30 minutes and returning officer give their decision in 50 minutes which is communicated to the complainant. If found correct an FIR is registered and action is taken.