Bangalore: In 2016, The Times of India reported that 253 farmers from Lalkheda village in Khargone district of Madhya Pradesh received an average of Rs 2.83 (4 US cents) each as insurance payouts for the loss of their soybean crop under the Pradhan Mantri Fasal Bima Yojana (the flagship prime minister's crop-insurance scheme). The insurer blamed the farmers for taking insufficient cover.

The story got 29-year-old Prateep Basu, then an engineer with the Indian Space Research Organisation (ISRO), thinking. How was it possible, he wondered, that a country which had been using remote-sensing technology for decades could fail to use it for accurate crop forecasting when the lives of so many millions crucially depended on such information?

Basu brainstormed with two of his colleagues, Ishan Tomar and Vivek Kumar, and the trio roped in another ISRO engineer, Abhishek Raju. The four of them went on to form SatSure, a data-analytics startup with "a mission to evolve crop insurance products and provide an accurate risk assessment of crop yield by integrating climatic variables with geospatial and economic datasets." 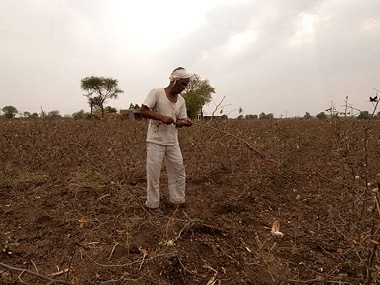 Agritech startups seem to be having their moment in the sun. There are many startups like SatSure that are disrupting the Indian agricultural economy in unexpected ways. Intello Labs, for example, uses image-recognition software to monitor crops and predict the health of farm yields.

Aibono uses agri-data science and artificial intelligence (AI) to provide solutions to stabilise farm yields. Trithi Robotics uses drone technology to allow farmers to monitor crops in real time and provide precise analyses of their soil and seeds. Farmers can use these data-driven insights to improve the quality of their crops and better manage their land.

Over a cup of coffee, an excited Basu says, "We are working towards changing the lives of farmers not just by predicting crop patterns and yield, but also by improving crop insurance, innovating agri-lending services, and creating a better link among banking agencies, insurance providers and farmers. And we do all this by analysing data gathered from satellite imagery."

SatSure has tied up with the government of Andhra Pradesh to provide the data to build a reliable credit-rating system for farmers. "For any bank, giving a loan to a farmer is a risk, as they can't be sure if the loan will be repaid," explains Raju. "Now, suppose a bank had data about the size of farmland owned by the farmer, his yield over a period of three years, the productivity potential of the soil and the seeds used. This would help the bank decide what it could safely lend to the farmer."

This system will also give farmers an idea of how much their crop will be worth and thus calculate the loan amount they can avail. Though SatSure doesn't supply this information to farmers directly, it plans to do so in the future. "Our algorithms are constantly studying data collected from satellites and generating real insights on crop parameters," says Raju. "We plan to share these insights with farmers via web dashboards." Raju is also the founder of Dhruva Space, a satellite-manufacturing and design startup.

According to a report released by Inc42, a startup database, 15 agritech startups received around $36 million in investment in 2017. These include Pune-based Agrostar and Noida-based EM3 Agri services. Raju is cautiously optimistic, saying, "Investors, like many startup founders and farmers, are still learning how data and technology can be beneficial for agriculture. I would say that investments and startups in the sector are growing incrementally."

Several schemes launched by the government have sought to increase agricultural productivity through schemes to improve soil health, organic farming and better water management practices. The agriculture ministry has also tied up with ISRO to launch FASAL, a remote-sensing and data-analysis platform to analyse and predict yields of most major crops including rice, jowar, bajra, wheat, sugarcane, and oilseeds.

"The Indian agricultural sector has several inefficiencies: farmers are not aware of the quality of their product, what are the chances of their produce getting impacted by pests and hence their shelf life. They find it difficult to determine how they should price their product," says Milan Sharma, founder Intello Labs.

He explains that his company employs deep learning and artificial intelligence (AI) to analyse images captured by farmers to grade their produce. "Our solutions empower farmers to demand a fair price for their produce. We aim to supplement this with crop-sowing data, weather predictions, soil quality, and price visibility to give a holistic tech platform for income augmentation."

Pankaj Rai, senior vice-president for strategy at Wells Fargo Enterprise Global Services, believes that while agritech and AI can help cure some of the problems afflicting Indian agriculture, many challenges remain. "There is a steady decrease in land under cultivation when compared to the needs of the country's growing population. The lack of mechanisation and continued dependence on middlemen post-harvest are becoming hurdles for AI to completely penetrate the sector," he said at a recent event held in Bangalore.

But Basu feels the government has realised how important it is to use technology to improve agricultural outcomes and to empower farmers. "There are immense amounts of data and data sources already available, and self-learning AI algorithms are capable of constantly analysing these huge amounts of data and predicting accurate results." Together they can change the face of Indian agriculture, he insists