WWE 2K20 first impressions: Do not buy until 2K Games patches this Glitch-o-Mania

That's probably what this article would look like if it was written by the good people behind WWE 2K20, but since it hasn't, you needn't worry.

WWE 2K20 — the latest in videogame publisher 2K Games’ series of games based on the popular ‘sports entertainment’ behemoth — released worldwide on Tuesday, on PlayStation 4, Xbox One, and Microsoft Windows. Notably, this edition was the first without Yuke’s — developer of WWE games since 2000’s WWF Smackdown — on board (replaced by Visual Concepts) and is likely to be the last one for the present console generation. After all, the PlayStation 5 and the next Xbox are due for a late 2020 release. 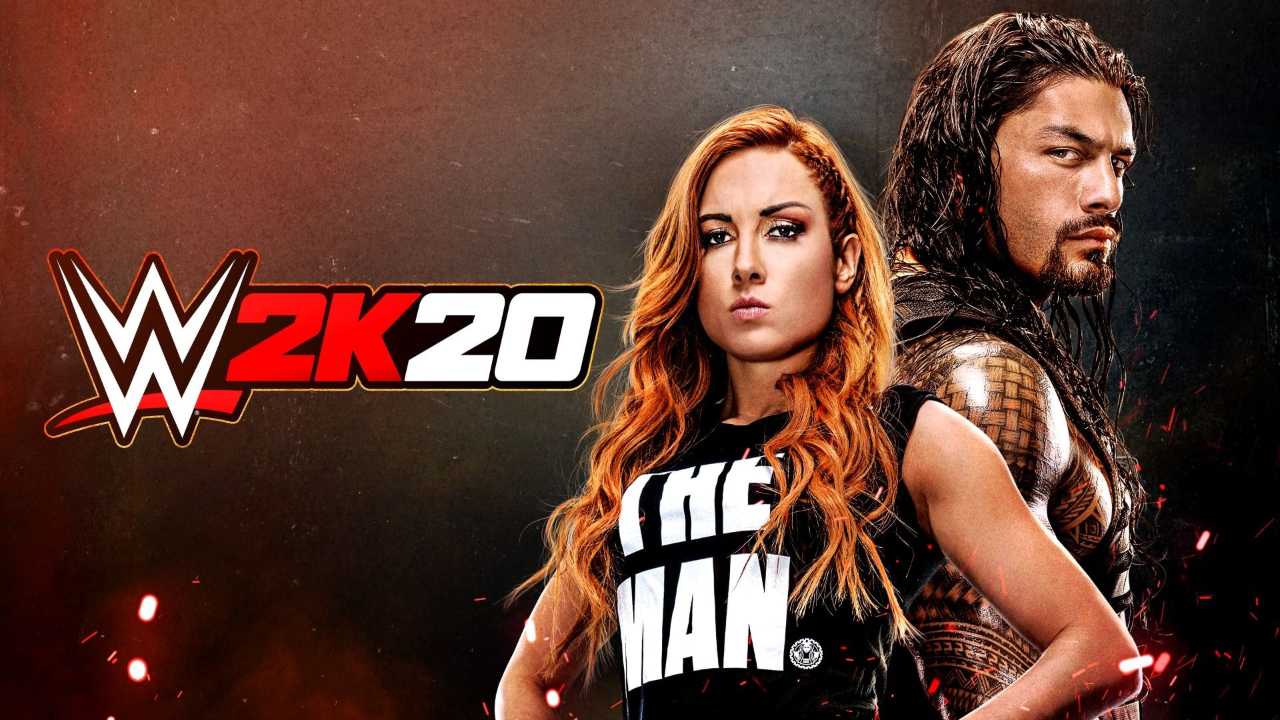 WWE 2K20 is a disaster and desperately needs a patch update. Image: 2K.

Much of the promotional campaign leading up to the launch of the game centred on the fact that the WWE’s women’s division was going to be the focus of the 2K Showcase — a recreation of historical matches and storylines peppered with documentary-style vignettes, clips from the relevant moment in history and a checklist of objectives. This year, the Four Horsewomen (Becky Lynch, Sasha Banks, Charlotte Flair and Bayley) get the treatment over a series of matches that spell out the quartet’s meteoric rise in the industry.

The MyCareer mode, introduced in the last edition, makes a return this time around and the RPG-ish story​mode revolved around the fortunes of a male and female wrestler rising up the ladder, past sweaty high school gyms, developmental tourneys and all the way to the WWE’s Hall of Fame.

Meanwhile, 2K Originals appears — I say ‘appears’ because the mode is a DLC that is as-yet-unavailable for download, for me at least — to be a fun little way set of storylines, with their own objectives, to put superstars in supernatural scenarios. 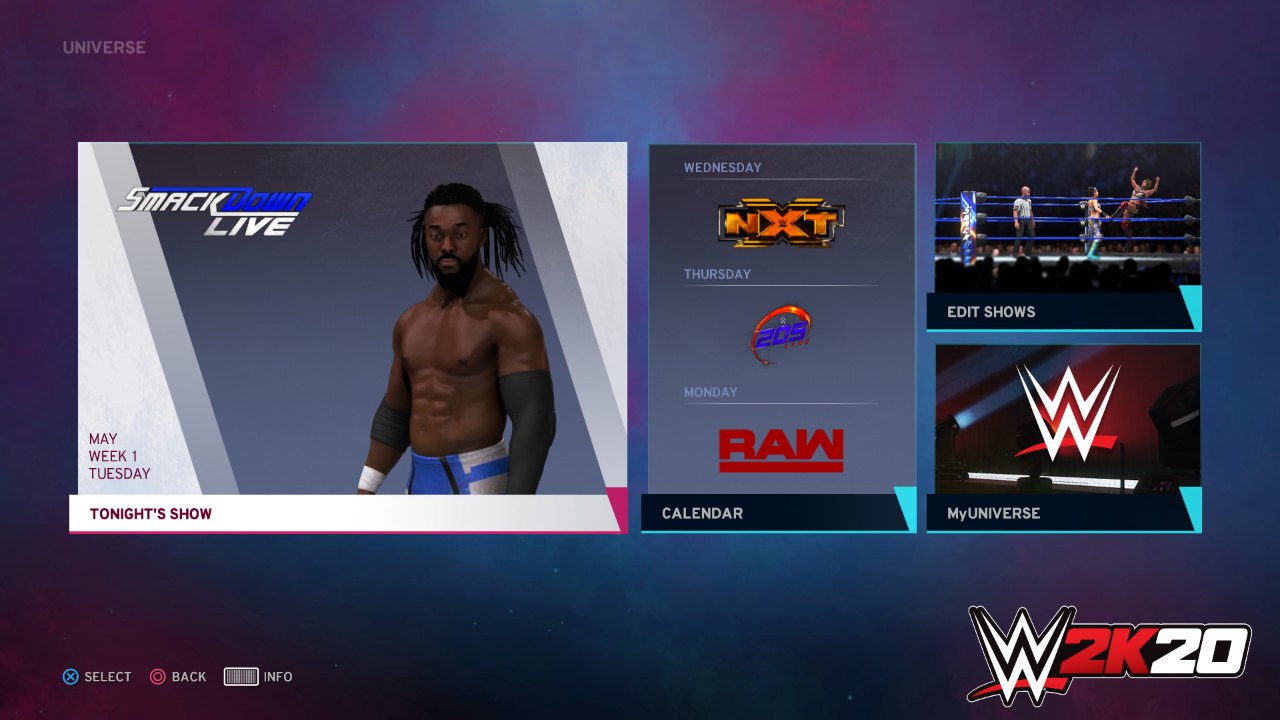 Elsewhere, the roster (including unlockable and DLC characters) is reportedly one of the largest yet, replete with a number of names that will have casual fans or those with a passing interest in sports entertainment scratching their heads. Combat controls and mechanics have also undergone a bit of a tweak. Mixed-gender matches, in keeping with the theme of this installment (more on this shortly), also make a return.

So, with all that in mind, is WWE 2K20 the King of the Ring or is it more likely to have the smackdown laid on it by fans and critics alike? A full review will follow in the days to come, but for now, here’s the early verdict on the PS4 version.

If you’re in that group of people who finds pro wrestling clichés liberally strewn across WWE game write-ups extremely cringeworthy and feel the need to slap a sharpshooter onto the writer, then you’re perfectly placed to appreciate my frame of mind vis-à-vis the graphics overall and character models in particular.

From the moment the main menu loads up, it’s impossible not to be, in equal parts, baffled, appalled and infuriated at the incredibly ugly character models on show. Baffled, because WWE 2K20 seems to have gone a step backward from the franchise’s 2018 iteration; appalled, because there’s no way a PS4 game in 2019 can get away with looking like this; and infuriated because it is downright criminal to charge customers nearly Rs 4,000 (more, if they ordered a deluxe edition) for characters that barely look human, never mind resembling their real-world counterparts.

2k messed up so bad this year on there games.

Look at the SHITTY GRAPHICS IN #WWE2K20 LMAO pic.twitter.com/zvQ6aMIZKO

But all of that is merely window-dressing, it could rightly be argued. After all, if a game plays well, piffling matters like graphics can be overlooked in time.

Unfortunately, it’s here that matters hit rock bottom — that’s five clichés so far, in case you were counting. Dodgy entrance animation is followed by some pretty dire targeting. Imagine this: The referee calls for the bell and your character emerges from her/his corner all set to claim an advantage with some early offense. Only, instead of landing that massive punch on the opponent, your character swings at nothing but thin air.

This is something you’ll get used to, with grapples, strikes, weapon attacks and signature moves falling prey to the flawed targeting system and resulting in a loss of momentum, a drain on stamina, a waste of time or all of the above. To compound matters, in a match involving three or more participants, the game will arbitrarily decide to change your character’s target, which serves to disrupt your flow and render matches a somewhat choppy affair.

Let’s have a live look in at #WWE2K20 and #NBA2K20 trying to top each other for crappiest game of the year from 2K. Spoiler Alert, it’s a draw. #FixWWE2K20 pic.twitter.com/wspxKP0MJA

Again, this would be borderline acceptable if the rest of the experience was solid. It’s not. Collision detection and physics are abysmal. Character models and weapons (‘foreign objects’, if you were a WCW aficionado back in the day) have the tendency to disappear into the environment and reappear somewhere else with a vengeance. Prone characters will mysteriously slide across the mat and into a corner to trigger an animation depicting them slowly climbing up with the help of ring ropes.

Staying on ring ropes, WWE 2K20 features some of the worst rope physics ever seen in a wrestling game, with said ropes displaying extraordinary elasticity and inexplicable physics over the course of a match.

Do you think these glasses will hide my lazy eye?

I could go on and on, but the internet is already teeming with memes and GIFs demonstrating the above glitches and more for your perusal. So we’ll move on.

Despite all this, it’s still possible to have a modicum of fun when the glitches decide to give you a break and when you actually get to play. This section refers specifically to the non-exhibition match modes.

As always, if there’s one thing you can expect from a WWE product, it’s top-notch presentation and WWE 2K20 doesn’t disappoint. Menus are slick, the production values on the 2K Showcase — laced with little snippets from matches and interviews with participants — are very high. Care seems to also have gone into the MyCareer mode with a reasonably interesting rags-to-riches storyline (sophomoric writing notwithstanding).

However, with these modes, you’ll be waiting hours to actually get to play anything. If it’s not a selection of soundbites and some video footage from the archives, it’s an inane conversation about being abandoned by parents (MyCareer mode). And failing all that, it’s the game’s seemingly endless loading screens. In 2019, if a game takes so long to load sections, you’d expect those sections to be packed with high-detail environments and the like. This isn’t the case here. It just takes forever to load. And then flings you into another non-interactive segment. And then follows another loading screen. And so on.

It’s almost a relief when you finally get to play… for about three minutes, before another series of cutscenes drives the story forward and the player towards a quick nap. Further, the objectives-driven approach of the Showcase mode (do X to Y in Z situation, hit X with ABC move in Q situation etc) turns the whole nostalgia trip into pure drudgery. And if you choose to do it your own way and neglect the 20-plus super-specific objectives in each chapter, you won’t get the unlockables. It’s as simple as that.

As mentioned earlier, this is a preliminary take on WWE 2K20. However, amidst the sea of negatives in this Glitch-o-Mania of a game, there are a handful of positives. The biggest among these is the theme and approach of the game to highlight and honour the women superstars of the WWE.

From the central Showcase being all about the Four Horsewomen to the MyCareer storyline that requires you to create, develop and play as both a female and male character, past the massive number of women characters available as part of the roster and all the way to the ability to have mixed-gender matches, 2K has given major props to sports entertaiment’s double-X chromosomers. The 'Create a Wrestler' mode remains as detailed as ever and fun modes like 2K Towers (much as in the Mortal Kombat games, where you play a gauntlet of matches with varying stipulations as one particular character/team) are back this year and varied in terms of scope, breadth, and type of challenge.

For the large part though, this game — so far — is barely even playable (barely) and is fraught with almost as many game-breaking glitches as Superman 64. 2K has on its hands the mammoth task of doing some serious patching to make it even worth sitting through. Here’s hoping those patches emerge before my impending review does.

Hulk Hogan 'paralysed': Is the wrestler's famed ‘leg drop of doom’ to blame?