The game takes its theme from the disaster at Chernobyl, which recently marked its 33rd anniversary.

A Ukrainian computer game that brings to life a town abandoned after the Chernobyl nuclear disaster may not sound like everyone’s idea of fun but has attracted 60,000 people globally since its launch in October.

Players of “Isotopium: Chernobyl” drive tanks around the ghost town of Prypyat near Chernobyl, knocking out competitors as they search for an energy source called isotopium and collecting points every time they find some.

While the game takes its theme from the nuclear disaster at Chernobyl in northern Ukraine, which marked its 33rd anniversary on Friday, it was also inspired by the 2009 science fiction film “Avatar”. 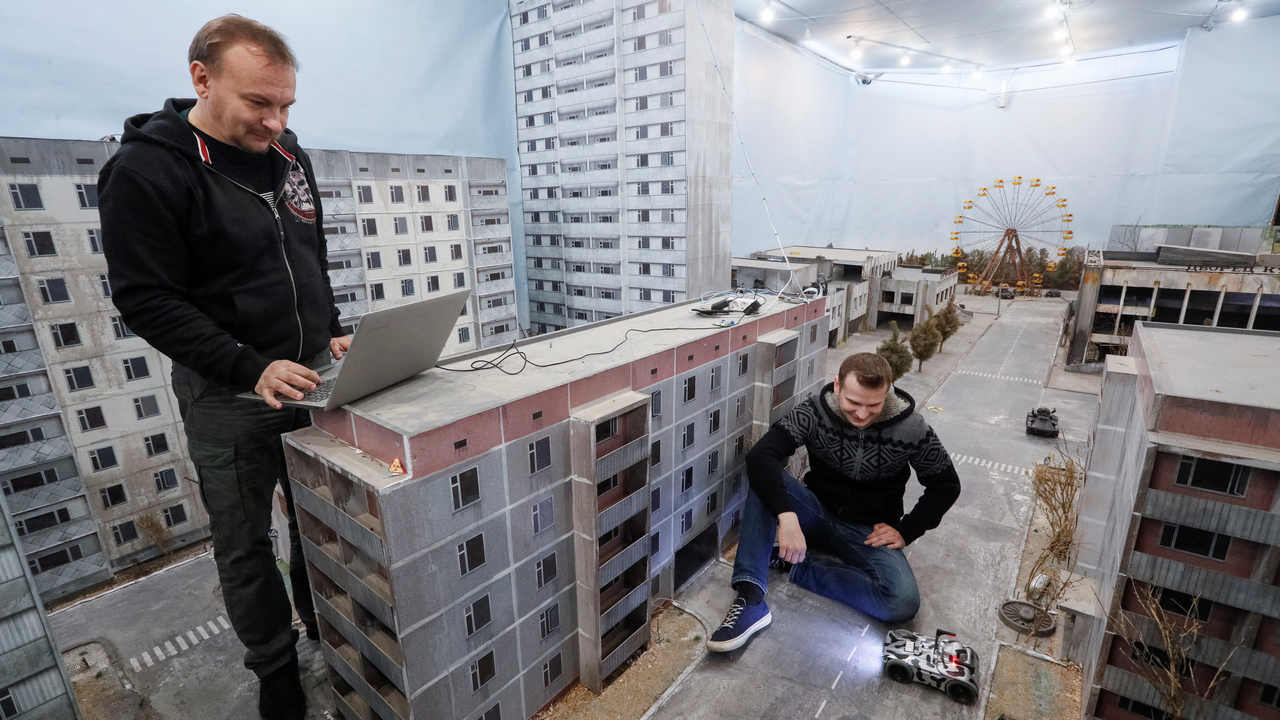 Newcomers to the game think they have entered a virtual world when in fact they are controlling a real robot, equipped with a camera and computer, which makes its way around a model of the town rendered down to the tiniest detail.

“When playing our game, for the first 5-10 minutes many players don’t understand that it is not fictional,” said the game’s co-founder Sergey Beskrestnov. “They message us saying: ‘You have cool texture, you have good graphics, your designer is good, well done. You have a cool operating system.’

“People then reply: ‘It is not an operating system, it is real,’ and the player can’t believe it is real,” said Beskrestnov, speaking mid-game from Prypyat city square as he towers over surrounding five-storey buildings.

Kiev-born Beskrestnov was just 12 years old when on April 26, 1986 a botched test at the nuclear plant in the then Soviet Union sent clouds of smouldering nuclear material across large swathes of Europe, forced over 50,000 people, including Beskrestnov’s family, to evacuate and poisoned unknown numbers of workers involved in its clean-up.

Beskrestnov and his partner Alexey Fateyev used Google maps and hundreds of pictures from the Chernobyl area to recreate Prypyat landmarks, including residential buildings, a hotel, concert hall, amusement park and a stadium.

The game’s real-scale model occupies a 180 square metre (1,938 sq. ft) basement of a residential building in the Ukraine city of Brovary, just 150 km (93 miles) from the Chernobyl Exclusion Zone and 30 km east of Kiev.

Miniature radioactivity warning signs, graffiti on the walls of abandoned buildings and tables and chairs left scattered inside a small cafe all add to the creepy atmosphere of a once lively town.

“It’s a really neat concept ...,” Shaun Prescott wrote in a review of the game published by PC Gamer magazine in January. “Controlling the tanks is kinda cumbersome, but they are tanks, after all.”

An attentive player will notice at least one inaccuracy – the real Chernobyl nuclear power plant is not located in town as it is in the game.

It costs $9 to immerse in the atmosphere of a post-apocalyptic town for an hour but only 20 people at a time can play simultaneously. Beskrestnov’s company, Remote Games, said 62,615 people around the world have registered to play the game, including around 15,000 in France and 10,000 in the United States.

A camera fixed on top of a moving tank broadcasts high-quality signal in real time, allowing players from as far apart as Australia and Canada enjoy the game without facing any time delay in delivering video signals.

Its creators next ambition is to devise a game featuring the colonization of Mars in which 1,000 people will be able to simultaneously control robots on different missions involved in the operation.

“Many people advise us to contact Elon Musk directly because it resonates his dreams and ideas,” Beskrestnov jokes.