The PlayStation store has some good deals on a variety of games this week for PS Plus subscribers. First, there’s Marvel vs Capcom: Infinite.

The story of Fortnite is an interesting one. First announced as a free-to-play survival game with crafting and building mechanics, the early access model involved the ever-so-popular “founder’s pack”, which required players pay absurd sums of money to play an unfinished product several months ahead of release. And then PUBG came along, taking the gaming world by storm. Epic, the evil geniuses behind Fortnite, aped it rather shamelessly (I’m exaggerating, of course—PUBG doesn’t own the Battle Royale genre) to smashing success. 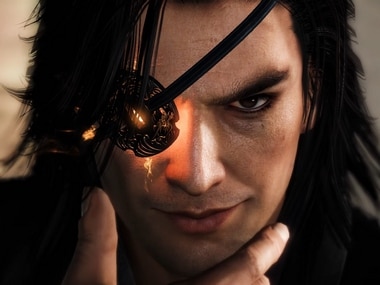 Only earlier this week, it was announced that Fortnite passed 20 million players.

This is some turnaround/achievement. I’ve played a bit of it and I must say, it’s a pretty good alternative to Bluehole’s game—it’s hard to get mad at it with its art style and all-round silliness of its building systems. While the Battle Royale genre is not really my cup of tea, here’s hoping the game’s large playerbase will see the game’s survival mode get more attention when it launches early next year.

We just passed 20 million players across all of Fortnite since launch! Thanks from the bottom of our 💗💜💚 pic.twitter.com/LuVV5vb7wj

I mean it’s not 20 million copies sold, unlike its paid early access counterpart, but it’s quite the milestone nonetheless.

.@PUBATTLEGROUNDS reached an amazing milestone this weekend, passing 20 million copies sold! I know a lot of you are frustrated by issues w/ the game but the team is working hard to deliver a truly great Battle Royale expierence for everyone. Bear with us, change is coming! — PLAYERUNKNOWN (@PLAYERUNKNOWN) November 7, 2017

PLAYERUNKNOWN tweeted some screenshots of the new PUBG map!

Speaking of PUBG, there’s a new desert-themed map inbound (later, rather than sooner, it would seem).

The team at our office in Madison have been working hard on our new desert map, and today I am excited to share some new WIP screenshots of this new terrain... pic.twitter.com/J2Dm21715p

PLAYERUNKNOWN himself released some screenshots of the 64 sq km map, and he also confirmed that the map would be dropping “later this year”.

Some change of scenery is welcome. I can’t wait for the inevitable release of the snow map, the tropical forest map and of course, the low gravity moon map.

Bluehole Studios’ next game is a rad-looking MMORPG

Despite the choppy frame rate in the trailer and lack of English localisation, you must admit, it looks cool as heck. If you found the trailer interesting, head over to https://www.airthegame.com/ and sign up for the beta (it’s coming early next year, I believe).

Porta-fragging is a thing now with DOOM for Nintendo Switch

This comes at the low price of 30 frames per second and some compromised textures. I mean it’s insane enough that this game runs on the Switch in any shape or form.

I wouldn’t dock the console and play on my TV, however, but gathering a bunch of Doom and Switch-owning friends for a session of multiplayer is the closest thing to a LAN party most of us will get to experience in 2017.

As we anxiously await Bioware’s Anthem and its intricately woven social RPG systems and cleverly disguised loot boxes, we can but watch this 7-odd minute video of the core Mass Effect team reminiscing about the series on N7 (7 November) day. Mass Effect will turn ten years old on 20 November, 2017

Watching this video will undoubtedly be emotional for series fans, particularly with Mass Effect Andromeda’s perceived failures and subsequent abandonment by EA. Thanks for nothing, facial animations and the internet hate train!

Nioh makes it way to PC

Koei Tecmo Games’ Japanese-themed Soulslike arrived on PC earlier this week in the form of Nioh: Complete Edition. Watch the trailer below.

The Complete Edition contains the full game, as well as the three expansions with additional story chapters: Dragon of the North, Defiant Honor, and Bloodshed's End. Souls fans will love this, but

PC players should keep in mind that while there’s a workaround to get your mouse and keyboard to work with Nioh semi-effectively, the game is optimised for controller only.

The PlayStation store has some good deals on a variety of games this week for PS Plus subscribers. First, there’s Marvel vs Capcom: Infinite (the Standard Edition is 40 percent off, which is really good for a game which came out in mid-September). Pro Evolution Soccer 2018 is marked down by 40 percent off if you’re a PS Plus Subscriber. Finally, there’s Dishonored 2, which you can pick up for just over a thousand bucks (60 percent off).

PC gamers have a variety of games to choose from this weekend on Steam, but there are some steals which simply should not be missed, including turn-based strategy game Invisible, Inc. (Rs 132 / 75 percent off), story-driven RPG Tyranny (Rs 372 / 60 percent off), and the remastered collection of sci-fi RTS Homeworld (Rs 230 / 70 percent off).