If complaints from the community and vocal internet minority at large regarding Destiny 2’s lack of endgame content weren’t enough, some developments during this past week have been less than ideal for the game and its creators.

Oh boy, where do I start? If complaints from the community and vocal internet minority at large regarding Destiny 2’s lack of endgame content weren’t enough, some developments during this past week have been less than ideal for the game and its creators. 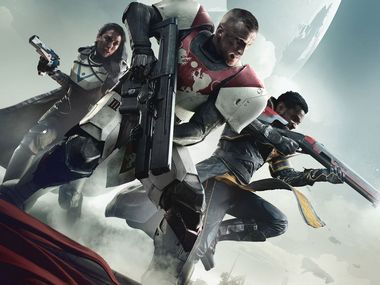 The world’s first completion of the “Prestige” mode Raid was marred by the team’s use of a well-known ammo exploit, while an emote which allows players to glitch into walls has resulted in the cancellation of the popular ‘Trials of the Nine’ PvP activity for two weeks.

Developers Bungie laid out a roadmap for content releases of the game in a seasonal format (a neat summary of which can be found here). With the PC version of Destiny 2 (and Bungie’s first major PC release since Oni) out on Tuesday, the 24th, there’s a lot at stake and it’s not the time to be dropping the ball.

The most disappointing Star Wars related news of the week has to be the closure of Visceral, the studio which was working on the single play Star Wars game—the game has now been reassigned to EA Worldwide Studios, presumably to include a multiplayer component and much-needed system of microtransactions. But hey, we do get a single player trailer for Star Wars Battlefront 2 in the interim.

The funny thing is that Battlefront 2 isn’t even the first game where you play as a servant of the Empire in a Star Wars game—LucasArts Star Wars: TIE Fighter let you do this in 1994. But hey, that Frostbite engine sure looks pretty, eh?

The best-looking version of Breath of the Wild is on…PC?

The Legend of Zelda: Breath of the Wild looks pretty good on the Nintendo Switch, but imagine what it would look like if it wasn’t constrained by the hardware limitations of the console itself. Enter the CEMU emulator—a version of the game was already “ported” to PC through some clever trickery, but it’s the new CEMU Clarity GFX that takes the graphics to new heights. See for yourself.

Needless to say, running the game on PC and/or installing the new GFX pack are sure to make Nintendo mad, among other things.

Celebrate 10 years of The Witcher by watching this documentary series

Crowdfunded video game documentary channel Noclip has a six-part documentary series out on CD Projekt and its Witcher series of games. The series covers everything from the formation of the company, all the Witcher games, delving into a lot of detail on The Witcher 3: Wild Hunt in particular.

As a bonus, there’s the full panel from PAX West 2017 as well in the playlist link above. The entire series is a must-watch for any Witcher fans.

The PlayStation store’s deal of the week is The Witcher 3 and its DLCs. It’s not a massive discount, but 27% off on the Game of The Year Edition is pretty good on PS4. Alternatively, if you own the base game, you can grab the Expansion Pass for a neat Rs. 998 (42% off). The Witcher 3 GOTY Edition is also available on Steam for a mere Rs 399. Meanwhile, RPG nuts can grab Wasteland 2: Director’s Cut for Rs 832 on PS4 (that’s nearly 70% off).

There’s nothing particularly interesting on the Xbox Store this week other than this Fallout sale, where every game and piece of DLC is around a third off. The Fallout sale is mirrored on Steam as well, but with slightly better discounts.

Racing fans need to look no further than this cool sale on everything from the Codemasters catalogue. Everything from GRID and DiRT to the F1 games are heavily discounted, including this year’s F1 2017 which has been well received.

Tech2.Games S01E13: GTA does a PUBG, as overhauls, fan remakes, and audio technology take over