Valve’s Steam Link app allows gamers to stream their PC games on mobile devices and even use it as remote desktop software. Launched a year ago as a beta version on Android, it was rejected by Apple because of “business conflicts”. However, it was finally launched on the App Store last week and the app has obtained two million downloads worldwide on both Android and iOS. 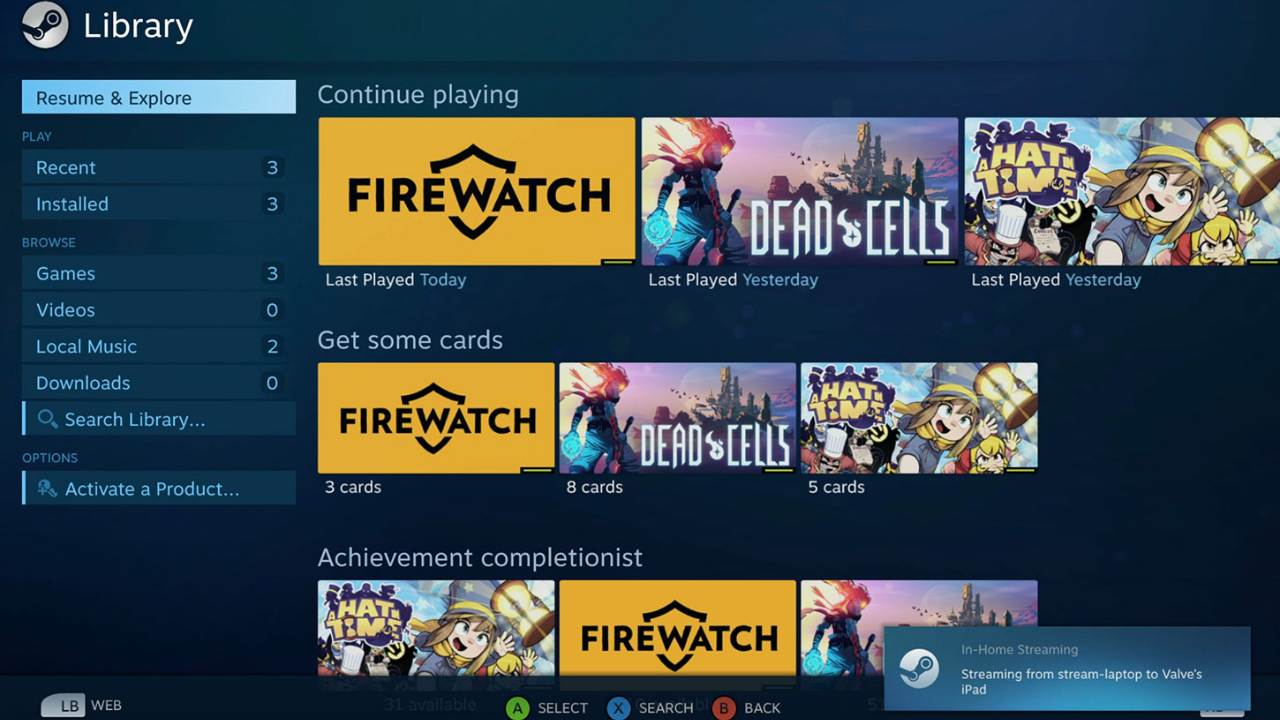 According to data from Store Intelligence, more than 330,000 users have downloaded the app from the App Store. Collectively, from the Google Play Store and Apple App Store, the number of total downloads has crossed two million.

The report says that China and Japan have the maximum number of downloads for the iOS version. China accounted for 57 percent, Japan did 14 percent whereas the US is at third with only six percent of the total downloads. On the Android side of things, 22 percent comes from the US.

The Steam Link app is extremely handy to use as a streaming device to play games from the user's Steam library. Both the PC or laptop needs to be connected to the same network as the mobile device. The setup is automated and the app takes care most of it such as detecting the minimum required bandwidth to comfortably stream games with minimal latency. Apart from streaming and playing games using a mobile device, the app can also be used as a remote desktop control software.

Steam Link is free to download from the App Store and Play Store.

Valve Kicks Off Their "Give and Get" Sale Today