Returnal Review in Progress: It's not for everyone, but this is the launch title the PS5 deserved

I was somewhere around the Overgrown Ruins, on the edge of the first biome when the trepidation began to take hold. I remember saying something like, “I feel a bit lightheaded. Maybe I should turn around.”

Suddenly, there was a terrible roar all around, and the screen was full of what looked like huge bats — all swooping and screeching and diving around me. And a voice (mine, admittedly) was screaming, “Holy hell, what are these goddamned animals?”

Another cycle, another pointless death and I was all set to rage-quit.

“No, no. Calm down,” I told myself, channelling the late great Hunter S Thompson whom I frequently and very shamelessly paraphrase and plagiarise, “Learn to enjoy losing.” And quite frankly, when losing looks and feels as good as it does in Returnal on the PlayStation 5, it’s not bad. Not too bad at all. 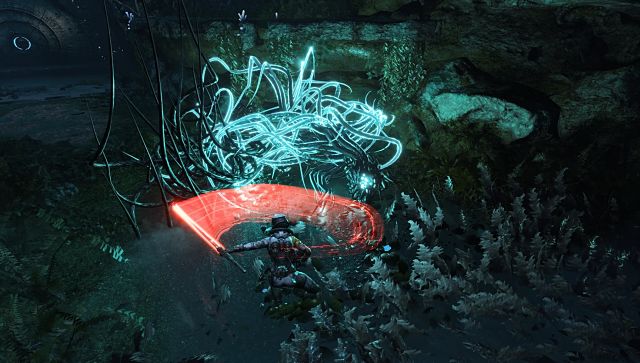 Finnish video game developer Housemarque’s Returnal tells the story of the aforementioned astronaut, who crash lands on the planet of Atropos with little apart from a few flashes of memory and a busted-up ship log to tell her how and why she got there. It is through exploring biomes (six in total) and picking through data recordings, runes and the discarded remains of other astronauts (that you very swiftly realise are Selene herself from a different cycle) that you begin piecing her story together.

Before we get into the game or indeed its brutal difficulty, there’s a very pertinent point to be made: The ninth generation of gaming finally feels like it’s upon us, and let no one tell you otherwise. Returnal comes nearly six months since the system launched globally — almost three months since the India launch — and it makes the PS5 seem essential at long last. Off the bat, this is the game that should have accompanied the PS5's arrival, for a number of reasons.

Sure, it looks great, but then it isn’t the only (or the first) game to run at 60 frames-per-second and feature ray-tracing. Back when Sony’s latest games console released in India in February, I’d opined that “for an audio-visually rich and tactile gaming experience that extends beyond teraflops, resolution and frame rates, you'll be hard-pressed to find a better device on which to do your gaming than the PS5”.

From the time the opening video plays and the game unceremoniously drops you into protagonist Selene’s space boots and consequently, the deep end, everything about this feels extremely cinematic. Returnal’s tone, in equal parts frantic and foreboding, is beautifully brought to life by the system’s Tempest Engine for 3D audio. 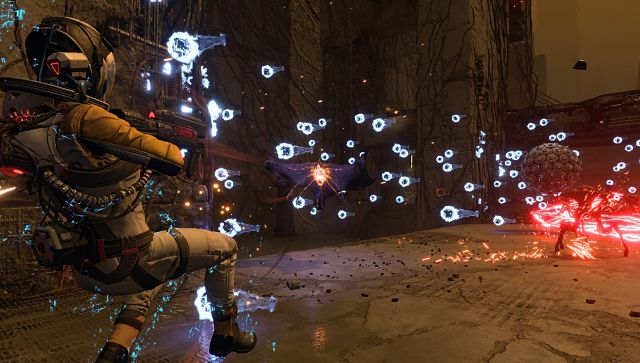 Whether it’s the environmental sounds that get softer and louder depending on how far you are from their source (the sound of rolling thunder overheard is a prime example) or that audio cues do a much better job than visual ones in alerting you as to where the impending threat is coming from or even the eerie humming that pops up intermittently, the sound design is immaculate and made that much better by the technology on offer.

The DualSense controller too comes to the party and almost instantly conjures comparisons with the haptics work Japan Studio's Asobi Team did on Astro's Playroom. From the gentle pitter-patter of rain — something that actually ramps up the tension, rather than serves to relax — to the varying recoil from different weapons and all the way to the satisfying ‘chuk’ sound it emits when your alternate fire cooldown is complete, this is high-quality immersion.

That the L2 trigger serves the dual function of enabling primary fire (when pulled halfway) and alternate fire (when pulled all the way back) is just icing on the cake and another small way in which the PS5 improves the overall gaming experience. And speaking of quality-of-life improvements, the PS5’s solid state drive keeps things nice and speedy in terms of firing up the game again every damn time you die — something that happens quite often.

And in the swathes of time between this piecing-together, you find yourself battling a whole phalanx of monsters that appear to be the bastard offspring of the imaginations of HR Giger and HP Lovecraft. Not only are the monsters beautifully rendered, but their neon highlights and the bright orbs of energy they shoot out look great. That is, of course, until they smack into you.

Housemarque made its name with such arcade-like shooters as Resogun, Nex Machina and Alienation, and that spirit is preserved in the form of the arcade, bullet hell combat of Returnal. This, the first AAA outing by the developer, is for all intents and purposes, a roguelike with a strong narrative element.

Sure, you’ve got yourself permadeath of your character (that resets your cycle to the very beginning), a crawl through dungeons in procedurally-generated levels, but it feels so much more epic than a basic third-person shooter. There’s something very much in the vein of the Alien films at play here and Selene does evoke at least a passing comparison to Ripley.

In terms of gameplay itself, the core mechanics are absolutely solid. Combat is intuitive and satisfying (when you get it right) and traversal is for the most part effective and efficient. The really intriguing gameplay mechanic that adds a whole another level of strategy comes in the form of the risk/reward system of upgrades. Returnal offers a host of these in the form of artifacts, consumables, equipment, malignants and parasites. FYI, a malignant is an infected item that will grant you a buff, but it will cause your suit or weapon to malfunction, while a parasite, as the name suggests, will stick to you and grant you a buff, but could also harm you in a different way (think longer cooldown times for alternate fire or causing you damage every time you fall).

Unlike most games where you seek to pick up every little bit of armour, weaponry or health you can find, selectivity is the name of the game here, and choosing to take or ignore a particular upgrade could mean the difference between cruising through the next few sections, labouring through them or just dying. And when you go back to the start, there’s only the barest bit of equipment like a melee weapon or ether (which can be used to either cleanse malignant upgrades or unlock a small number of permanent abilities) that stays with you. There doesn't appear to be any way to level up or skill up either, which means that all you will just have to get better at the game to progress further. There's no way around it and no difficulty slider to make your life simpler.

Make no mistake about it, Returnal is a tough old slog, and it’s why what you are reading is a ‘review in progress’ rather than an outright review. The fact is that I have not been able to complete the game because of its rather brutal difficulty that is successfully besting me at the moment. It’s probably wisest not to beat around the bush with that one. A full review will be published as soon as I complete the game. Before wrapping up this work-in-progress assessment, there’s one last issue that needs to be addressed. Returnal looks great, plays great and its breadcrumbs indicate a cracking story to be uncovered. However, a game like this can be awfully divisive, much like anything From Software has ever made.

PS5 games are going to cost Rs 4,999. We’ve known this for over a year. However, a game of this nature which will infuriate, frustrate and eventually irritate most gamers before coughing up so much as an iota of joy will not be to everyone’s taste, and particularly not at that price point. And worse yet, it may turn away gamers who don’t normally go in for roguelike games, but would potentially love Returnal.

Perhaps Housemarque should have offered up a demo to let potential buyers know what they’re getting themselves into and for those on the fence to see if it’s something they might enjoy. Perhaps, they should have included a difficulty setting to make the game more accessible. In any case, the Finnish developers have stuck to their guns and thrown down the gauntlet. Only time will tell if the move pays off. So far though, it’s an absolutely blistering title that frequently sets the pulse racing and evokes a great deal of agony, some joy and shades of everything in between. More importantly, it’s the first real showcase of the capabilities of the PS5 and that, in my opinion, makes Returnal a must-play.

It’s just a shame I’m currently so terrible at it.