Whether it's playing on vintage hardware or on emulators on new hardware, retrogaming is still here

Clunky games consoles with blobby pixels might not be the latest thing – but they're still cool even if you're no longer at school.

Video games producers plying their wares at Gamescom this week in Cologne may primarily be out to push the frontiers of hi-tech and virtual reality as they eye a bigger slice of a booming market. 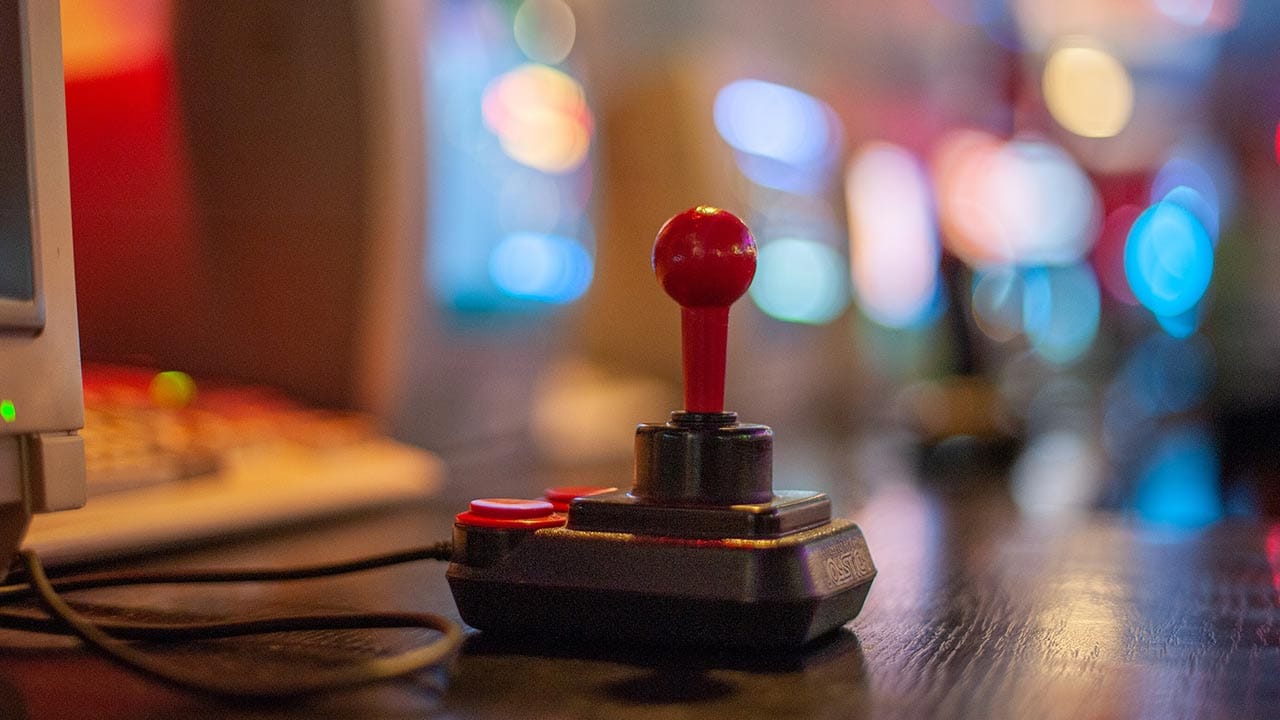 But their commercial antennae are sufficiently honed to realise numerous hands on the joystick belong to gamers for whom retro hasn't so much come back as never gone away.

That much was evident from the interest shown towards those who brought along vintage hardware which the uninitiated might have thought had long been left to gather dust in the attic.

So-called "retrogaming" – digging out favourite classic games of yesteryear to be played on equally ageing hardware – is right on trend at Gamescom, Europe's gaming fair.

That much is clear from seeing a sea of enraptured faces as visitors drool over machines from right back in the early days -- including the kind of machines once a staple in cafes and arcades where you could play sitting down or standing as you wished.

For some old school gamers, it's a welcome blast from the past.

For others the past is their present, be it indulging original vintage passions on old machines, 'emulating' a game simulated on a new machine or 'porting' to enjoy old content on new hardware.

"It reminds me of my childhood and today I realise that the games in those days could also be complex, "laughs Jackye Mueller, a 21-year-old female student trying to snaffle virtual bananas while playing old favourite Donkey Kong on a Super Nintendo.

Nearby, a father is waxing lyrical on the attractions of another classic game, "Pong," to his young son.

The early arcade game, launched in 1972, involves each player manipulating a virtual cursor-like tennis 'racquet' to ping the ball back across a screen of simple 2D graphics to win the 'point'.

"Retro is everywhere -- in films, music, cars, clothes. So why not games?" asks Christian Gleinser, creator of a cohort of new games which work on computers 'boasting' 1980s graphics.

"People like to have fun among friends and appreciate the ease of use, the short charging times and even the old pixels," says Gleinser against the fair's musical backdrop of the likes of Sonic, Mario Kart or Pokemon.

Beyond actual collectors, some dyed-in-the-wool gamers have kept faithful to the old games even if some emulator programmes which allow adaptation across platforms are not always technically quite legal.

What is striking is how the rising retro trend has lifted the average gamer age as veterans who got the bug in the 1980s and 1990s pass on their memories and old-time savvy to youngsters, often their own, even as the latter more often than not are coming to the genre via shiny and new hardware.

"We see there is a return to VHS tapes or vinyl and retrogaming is adding itself to that trend -- there's no reason why video games wouldn't," notes Fanny Renard, a community manager at independent studio Goblinz.

Given the trend, many console makers are retooling their old machines and dusting off catalogues boasting dozens of the top hit games of times past.

An example is Japanese group Sega, which had found itself unable to stand its ground in the face of new-fangled competition from the likes of Sony's PlayStation and Microsoft's Xbox.

Nintendo has meanwhile revamped its NES and SuperNES consoles while the first edition of PlayStation is also back on the market.

"The fact that each maker is retooling its consoles with sizeable catalogues shows there really is a market out there," says Laurent Michaud, director of studies for Idate.

"The cost of the retooling is pretty low and has already long been paid off -- it's just a bit of supplementary layout for these groups," says Michaud.

How long the business can surf the retro wave is not clear, however.

"Augmented reality is the market of the future" for video games. "Retrogaming is a bit different," Michaud suggests.

"This has the potential to become a real market, albeit not a very big one and not for very long," predicts Andrew Kitson, an analyst with Fitch Solutions.

Gamescom 2019: All the new games announced at Google Stadia Connect