We don't have release dates for the cards just yet, but we're expecting to see them at CES 2019.

The latest round of leaks surroundings Nvidia’s gaming graphics cards reveal performance benchmarks and the availability of multiple memory variants. The latter leak comes from a leaked list of Gigabyte’s offerings, which popped up when Gigabyte made an EEC (Eurasian Economic Commission) filing for the cards.

According the list, the 2060, a mid-range GPU, will be available in 3 variants offering 6 GB, 4 GB and 3 GB RAM, with each of those available in GDDR6 and GDDR5 variants, bringing the total SKUs to 6.

GDDR6 is a much faster memory standard than GDDR5. Recent reports indicate that GDDR6 can hit speeds of around 16 GBps (GDDR5 hit 10 GBps, with GDDR5X hitting 11 GBps). More bandwidth means more headroom for playing games at higher resolutions such as 4K and 8K. 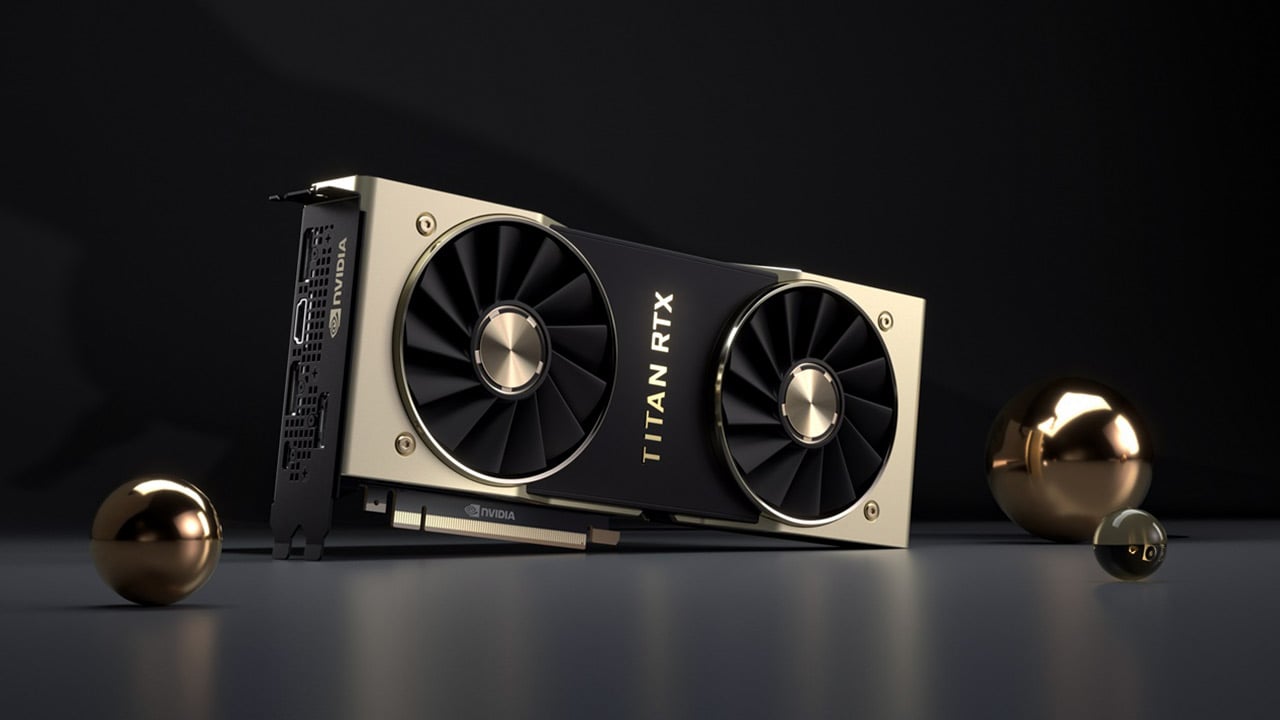 The Titan RTX from Nvidia represents the current pinnacle of the line. Image: Nvidia

The Gigabyte listing also reveals about 40 different models of the 2060 under branding such as AORUS Xtreme, GAMING OC, WindForce 2X OC, etc. There’s even a Mini ITX OC variant for tiny PCs.

Nvidia had offered 6 GB and 3 GB variants of the previous generation 1060 as well, but the 3 GB variant wasn’t quite the same chip as the 6 GB variant, offering up fewer compute units, which translated to lower performance overall.

As Videocardz notes in its report, the 4 GB variant will probably have a lower memory bandwidth but a higher clock speed.

On a related note, a user on Twitter leaked what appear to be GeekBench OpenCL figures for the Nvidia 2060 and 2050 GPUs. The OpenCL test measures the compute performance of the GPU, which is in indicator of the sheer number-crunching ability of the units, i.e., performance in tasks like AI.

We don't have release dates for the cards just yet, but we're expecting to see them at CES 2019 alongside mobile variants of the rest of the RTX lineup.