Nintendo has announced that an app called Mario Kart Tour is set to be released on smartphones in the next financial year ending March 2019.

One of Nintendo's most popular games, the Mario Kart franchise, will soon be coming on a smartphone near you. It has announced that an app called Mario Kart Tour is set to be released on smartphones in the next financial year ending March 2019. 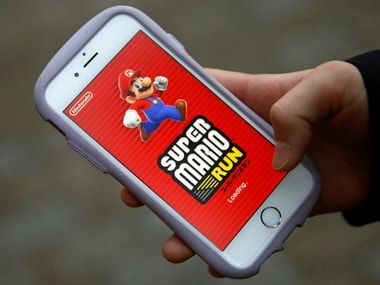 This announcement was made by Nintendo, alongside that of the paid Nintendo Switch Online service. This is expected to be launched sometime in September 2018.

According to ArsTechnica, the logic behind launching the online service in the thick of the holiday season points to a possible Nintendo game launch around the same time. Nintendo hasn't yet announced new game release dates for 2018 beyond Spring.

There are no details available on the Mario Kart Tour game as such. Nintendo has just released a logo of the game's name.

Nintendo also announced that it has sold around 14.86 million Switch consoles along with half as many copies of the Mario Kart 8 Deluxe. This means that it has outsold its predecessor, the Wii U, in a mere 10 months since launch. The Wii U started selling from November 2012 and managed to sell 13.56 million units before Nintendo stopped its production last year.

Super Mario Odyssey was the top-selling game with 9.07 million copies sold, followed by Mario Kart 8 Deluxe with 7.33 million, The Legend of Zelda: Breath of the Wild with 6.7 million and Splatoon 2 with 4.91 million in sales.

According to The Verge, Nintendo had planned to release around five mobile games by 2017. But only Super Mario Run, Fire Emblem Heroes, Animal Crossing: Pocket Camp and Miimoto social app have been released. According to the The Wall Street Journal, Nintendo was also working on a Legend of Zelda mobile title.