Japanese console maker Nintendo seems to be in trouble over the design of its Switch controllers. Hardware developer Gamevice has filed a lawsuit against Nintendo on the claims that the Joy-Con controller design was too similar to its own products. Gamevice also claims that Nintendo's designs infringe on their patents. The lawsuit has been filed in the US District Court for the Central District of California. Gamevice claims that the Nintendo Switch controller design is similar to the Wikipad design which has been made by Gamevice. As seen in the image, though Wikipad has a similar mechanism of holding the screen in place, the controllers are not separate from each other like we see with the Joy-Con controllers.

Gamevice controller which is usable on tablets does come with two separate controllers on the front, which are connected by a flexible band on the rear side.

According to Mashable, Gamevice was granted the patent for the Gamevice controller back in 2015. The patent titled, "Combination computing device and game controller with flexible bridge section", which Gamevice claims is being infringed upon by Nintendo Switch. 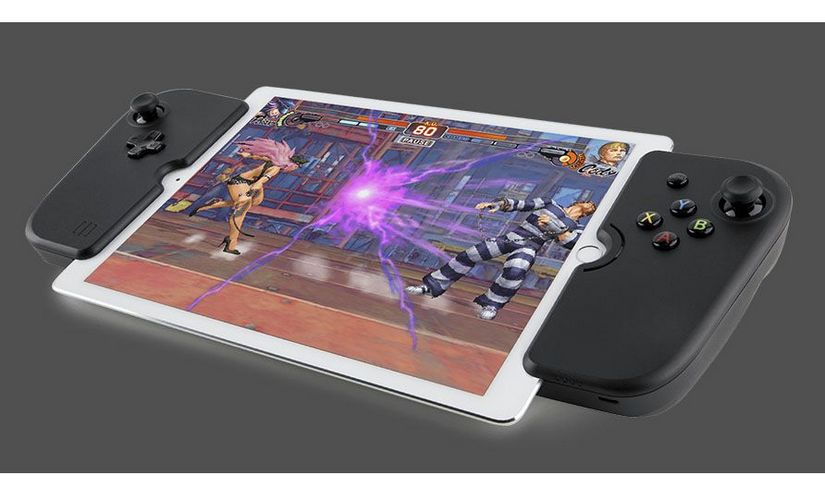 Nintendo has not commented on the matter yet. Gamevice wants Nintendo to halt the sales of Switch and is also demanding for damages in cost.

According to The Verge, Wikipad was originally set to go on sale in October 2012, but was delayed at the last minute. It was then relaunched in June 2013. Earlier this year, Gamevice launched an iPhone 7 game controller which cost around $100.