Starting today, Microsoft has begun the pre-orders for the Xbox One X: Project Scorpio edition at $499. It will start selling from 7 November onwards 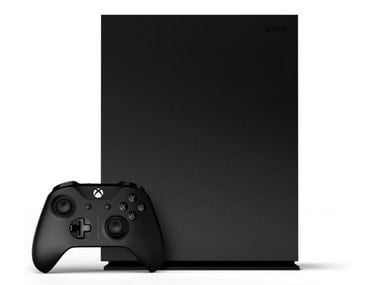 With the Xbox One X, Microsoft will go head to head against its arch-rival Sony's PlayStation 4 Pro. To recap, the Xbox One X console is running an 8-core AMD CPU clocked at 2.3 GHz, a GPU that’s rated at 6 TFLOPS, 12 GB of GDDR5 RAM and a 1 TB HDD. At 6 TFLOPS, the One X has an edge over the PS4 Pro's 4.2 TFLOPS. This is a huge bump in performance over the original Xbox One and about 50 percent more power than the PS4 Pro, on paper anyway. A Blu-Ray drive is also included in the package.

The console should, in theory, be capable of rendering games at 4K and 60 fps, a rather ambitious target. Early reports do suggest that while some games will run at 60 fps at 4K, most will run at 30 fps. Other features like supersampling are designed to enhance the 1080p performance of the console.

Engadget reports that the console features a vapour-chamber based cooling system designed to keep the console running at full tilt for extended periods.

According to The Verge, Microsoft is working with third party game studios to ensure that Xbox One titles are optimised for the Xbox One X and over 100 titles have been confirmed for Xbox One X optimisations.