Square Enix and Crystal Dynamics' Marvel's Avengers was released on PC, PlayStation 4, XBox One and Google Stadia on 4 September while the Deluxe Edition launched on 1 September

Editor's note: This article was originally published on 4 September and largely covered the single-player section of the game. It is being updated to include points on the multiplayer aspects of Marvel's Avengers as well.

"[At] the moment Marvel's Avengers (or the beta, at any rate) feels like a brief story-based campaign tacked onto a very basic co-op mode or vice versa — making all in all, for a very hollow and jumbled experience," read my first impressions of the beta that were published on 10 August.

And while an early review code for the game was provided by publisher Square Enix, the regular version of the game officially only released on 4 September. Given the way Marvel's Avengers, as a package, relies so heavily on being able to play alongside other players online, it was critical for the multi-player aspect to be engaging, fun and packed with replay value.

We'll get to that in a bit. For now, let's look at the 'Reassemble' campaign mode that lies at the heart of this game. 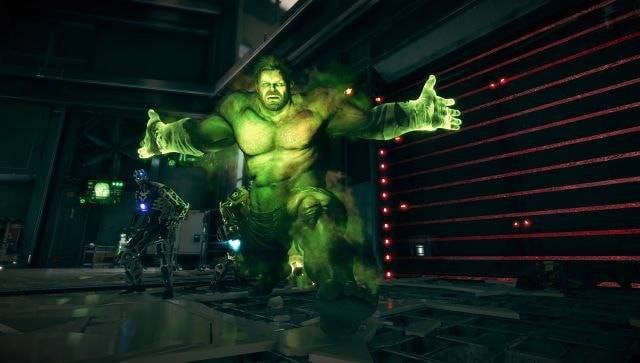 Revisiting the pithy summation from nearly a month ago and quoted at the very start of this piece, there does not seem to be anything even remotely 'tacked on' about the story-based campaign. The story, while not the longest (taking around 11 to 12 hours if you largely avoid any non-main mission) one around, is solid. Eschewing the need to go into the origins of the individual Avengers or exposition about why Nick Fury put this team together, Marvel's Avengers focusses on the main plot right from the get go.

In brief and without getting into too many spoilers, the group is disbanded after a presumed accident on A-Day that sees thousands exposed to a mutation-causing mist that turns them into 'Inhumans' — superpowered humans. Captain America is believed to have been killed in the crash-landing of the helicarrier Chimera. After Iron Man, Black Widow, the Hulk and Thor go their separate ways, an organisation named Advanced Idea Mechanics or AIM (led by a former Avengers scientist) begins to take control under the guise of creating a cure for those affected by the tragedy. Five years on from the event, one such Inhuman, a teenager called Kamala Khan (Ms Marvel) with polymorphic abilities, decides to embark on a mission to put the band back together. The developer and publisher pulled a fine trick by concealing their hand (about Kamala being the star of the story) in pre-launch promotions, because it's a pleasant little surprise, especially if you're a bit jaded  and fatigued with the top-billed quintet of Avengers.

The story takes you to some interesting places and the characters, who at first admittedly looked like knockoffs of the ones seen in the 900-or-so (maybe not quite as many as 900 - Eds) Marvel Cinematic Universe (MCU) films, grow into their skins. At the end of the campaign, they seemed almost perfect in their roles — all except for Thor whose bizarre accent is taking a lot of getting used to. The biggest issue with the campaign, however, was the choice of villains with whom the Avengers lock horns. While it was pleasing to see the developers opt against riding the MCU's coattails and going with Thanos as the big bad, the game's adversaries were distinctly underwhelming and largely uninteresting.

And while you get to play as all five Avengers and Kamala in the campaign mode, the story is essentially all about the latter: Her quest for her own identity, battle against self-doubt and learning of her own powers and associated great responsibilities. As an underdog tale, you've seen it all before, but as Kamala's tale, it's a unique one with all sorts of ups and downs, and told very well. Excellent voice acting was always to be expected; after all, you know what you're getting with the likes of Laura Bailey (Black Widow), Nolan North (Tony Stark) and Troy Baker (Bruce Banner) on the bill, and Sandra Saad is in fine form as Kamala.

An overall engaging story is a good start, but does the gameplay hold up?

After playing as Ms Marvel in the beta, there appeared to be some interesting things going on with traversal and it's great to see them expanded upon in the game proper. By the end of the campaign, making my way from one place to another — slinging across gaps and taking massive leaps as Ms Marvel, grappling hook-aided traversal as Black Widow, flight as Thor and Iron Man, and big boy parkour as the Hulk — was at once the most relaxing and exhilarating part of the entire adventure.

After playing the beta, I'd noted, "[What] you are left with is six quite basic and shallow gameplay styles. There's very little of the nuance of either the Arkham games or Insomniac's excellent Spider-Man from two years ago. Even traversal eventually gets a bit samey at best and tiresome at worst." Let's address the first observation, because the second was clearly contradicted by my experience over the past couple of days and no longer stands valid, in my book anyway. That old chestnut of light attack, heavy attack, jump and dodge on the face buttons, and shoulder buttons for special moves is a tried and tested one, and it works very well here. Unfortunately, the combat system is all too basic and after a few minutes of impressing yourself with some nifty combos and snazzy moves, you find that a bit of cultured button-mashing is really all it takes to clear waves of enemies. Speaking of which, while the main baddies may have been dull as dishwater, there's rather a large variety of goons to beat up, with their own unique fighting styles, skills and weaknesses. If only the process of putting the hurt on them was a bit more exciting. On a side note, minor glitching (an enemy trapping himself inexplicably behind a crate and the like) does make things simpler for you from time-to-time, but this is a rarity.

The shallow combat isn't ideal, but it's serviceable. The far bigger problem is that the nature of the story follows the tired blueprint of fight sequence-cutscene-fight sequence, with a tiny bit of exploration thrown in, every now and again. That it doesn't pop up all that often is probably why the traversal feels so refreshing when it does in fact rear its pretty head. Exploring the vessel (not going to go into any spoilers, I'm afraid) that the Avengers call home should feel like exploring the Normandy in the Mass Effect games (the first three, it should be added). It doesn't, because even though the map is probably four or five times the size of the Normandy's, there seems to be far less to do on this vessel.

That, unfortunately, is a problem the entire game faces. With the exception of a sequences where you are making your way from A to B, the game has you either beating up near-endless waves of enemies or hunting around for strongboxes. These strongboxes contain gear and crafting resources, which hurl you into a process (almost as never-ending as the aforementioned waves of enemies) of finding new gear, levelling it up and then discarding it in favour of another bit of gear and so on. Coupled with one of the most excessively complex systems of gear-skill-cosmetic updates, this hunt for strongboxes is quite an unwanted distraction.

To make matters worse, there is the 'games as a service' model at play, which isn't generally great, but some games pull it off. If the loot on offer — whether armour, weapons, upgrades or even videos and artwork — is worth the grind or your hard-earned money, then it makes sense. Here, however, it most definitely doesn't and while 'cash-in' is a harsh phrase, it's hard to find any other other that fits as well. The simplistic combat and repetitive hoards of enemies sporting a handful of different attributes, strengths and weaknesses gets old after a while. And all along, all you really amass are costumes to change into (which don't affect your abilities or powers in the least) and a series of upgrades that make little discernible difference to your character's strengths and weaknesses.

Even the vast skill tree for each character gets a bit tedious after a while. There is a fine balance with skill trees that keeps them from being either too simple to max out or too onerous to bother with. Games While games like Witcher 3 leaned slightly in the direction of the latter and Horizon: Zero Dawn was a bit on the simpler side, Spider-Man absolutely nailed it. In summation and after hours of trying to convince myself that there was a point to all the co-op skirmishes and that they were leading to something, I came up empty. After all, you can only batter the same bots over the head so many times until it just becomes pointless. A multi-player Civil War-esque mode that let you fight Avengers as Avengers or a Counter-Strike-like format (where players either play as AIM or the Avengers) would have been a nice way to mix things up. Alas, there's no such thing on offer.

Graphically, Marvel's Avengers looks good, but then, with the next generation of console gaming mere weeks away, you'd expect the game to be making your current gen system work up quite the sweat, which it does from time to time. Loading times ranging from between 35 to 45 seconds aren't the absolute worst ones out there (hello, Witcher 3), but the randomness of their appearances is quite frustrating. Certain deaths take you to the loading screen and then bring you back into the game, while others quickly respawn you right back where you were so you can try again. The presence of a few glitches, mainly in the levelling up menu, also isn't ideal, but we're still waiting on patches to take care of this. 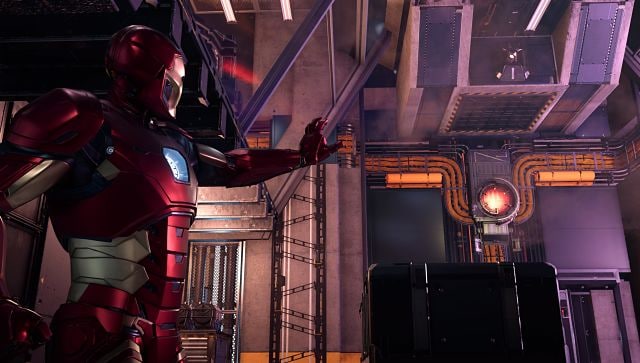 All in all, Marvel's Avengers is definitely a game to check out, whether after purchasing it yourself or on a friend's system, however, the story mode alone (especially with the unhealthy obsession with those blessed strongboxes) doesn't justify the price tag at this point. That the multiplayer elements of the game are just a never-ending exercise in repetition and tedium doesn't really help matters. If you're planning to get hold of it, wait for a price drop or the launch of meaty story-driven DLCs.

Square Enix shows off Marvel’s Avengers trailer with a release date of 15 May, 2020