It's official, Age of Empires IV is in the works and it's coming to Windows 10

Age of Empires is as iconic a Microsoft game as Microsoft Solitaire, and it’s high time the game received a worthy sequel.

Age of Empires is as iconic a Microsoft game as Microsoft Solitaire; it’s a game that members of a certain age group yearn to play again on their fast, modern systems and it’s high time the game received a worthy sequel. 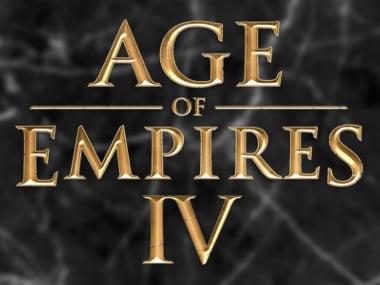 The original Age of Empires, its sequel, and its spectacular expansion pack are genre-defining games. The subsequent games, Age of Mythology, Age of Empires III and a completely forgettable Age of Empires Online, never did the series justice.

At Gamescom 2017, however, the sequel fans deserve might just have been announced. Titled Age of Empires IV (AoE 4), the only information we have on the game is a teaser trailer and its description, which reads, “It's time to battle through history once more in the latest entry of the landmark Age of Empires franchise.”

The original Age of Empires series is being remade as the Age of Empires: Definitive Edition and is set for an October release. Hopefully, this means that AoE 4 will be an entirely new entrant in the franchise.

Another piece of news we have is that Relic Entertainment, the same folks who worked on the legendary Homeworld, Company of Heroes and Warhammer 40,000 franchises, will develop the new game. It’s sad that Ensemble Studios, the creators of the original Age of Empires franchise is no more, but in Relic we have (some) faith.

Relic has made some epic games, but the studio's most recent title, Warhammer 40,000: Dawn of War III, was a disappointment.

Relic is known for being innovative with the RTS genre (real-time strategy), as any Company of Heroes player will attest. Hopefully, the studio can bring some of this creativity to the Age of Empires franchise and deliver something new and worthwhile.

As with the Definitive Edition, we suspect that this game will be a Windows Store exclusive at launch, which means that gamers will be forced to use Windows 10 whether they like it or not.