The game is currently only available in English, but will get support for other languages soon.

We are just weeks away from Season 8 of Game of Thrones releasing, and nothing can contain this excitement!

While nothing can come close to actually watching the final season, however, the long-awaited Games of Thrones Winter is Coming game is now out for browsers and it's going to make you very happy.

This is a real-time strategy PC browser game, which also has a desktop app. The game has been developed by China-based Yoozoo Games and has been officially licensed by Warner Bros Interactive Entertainment under license from HBO.

Currently, the game only is available in English, however, support for more languages is scheduled to follow. 'Game of Thrones Winter is Coming' is here.

Game of Thrones Winter is Coming browser game: How do I get started? 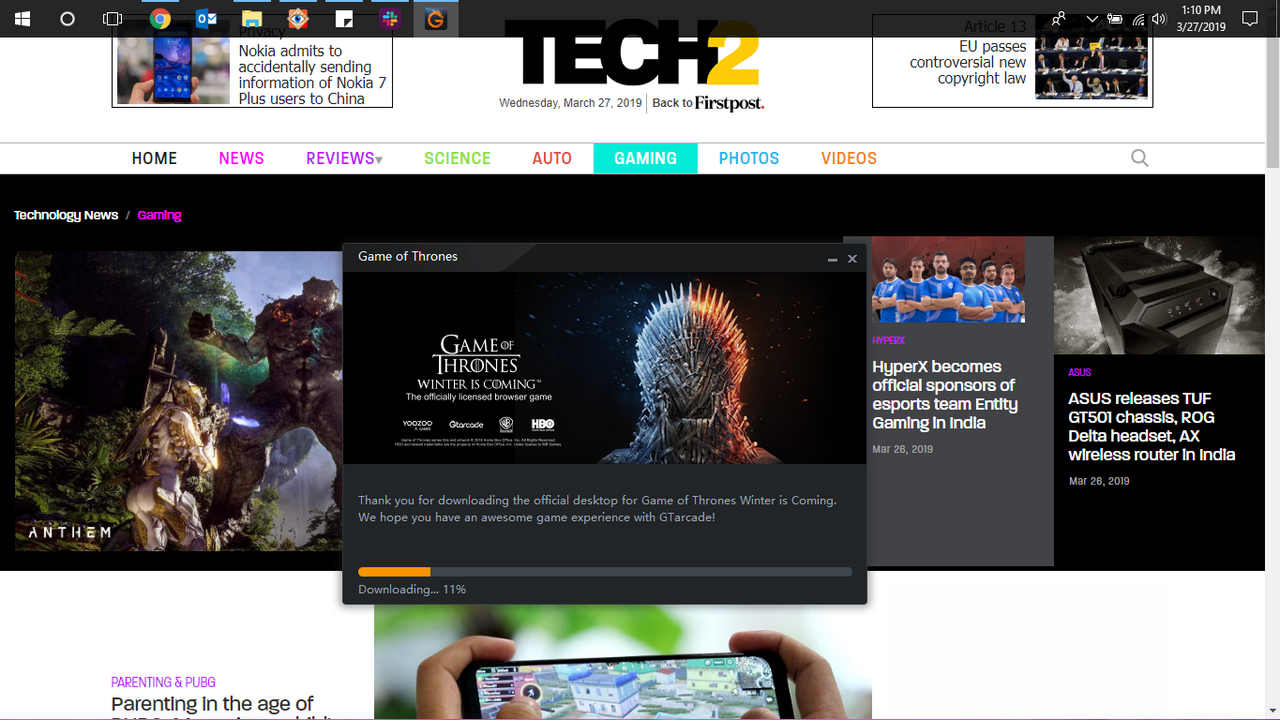 Game of Thrones Winter is Coming also has a desktop app.

Once you are signed in, you will have an option to either continue playing on the browser, or you could also download the desktop app of the game. You will require Windows 7 or later to use the desktop app.

Also note, when we were trying to test the game, we did run into issues with the game loading properly on the browser. If that happens with you too, you'll have to go ahead and download the app.

Game of Thrones Winter is Coming browser game: What happens in the game?

The storyline of Game of Thrones Winter Is Coming starts right from where Eddard Stark dies in the show, and the player emerges as the new lord/ lady of Westeros.

Various characters from the show can be found across the game, where each character comes with their own skill sets and bands of soldiers and followers. You can choose your allies and recruit them into your kingdom to leverage their influence and knowledge. 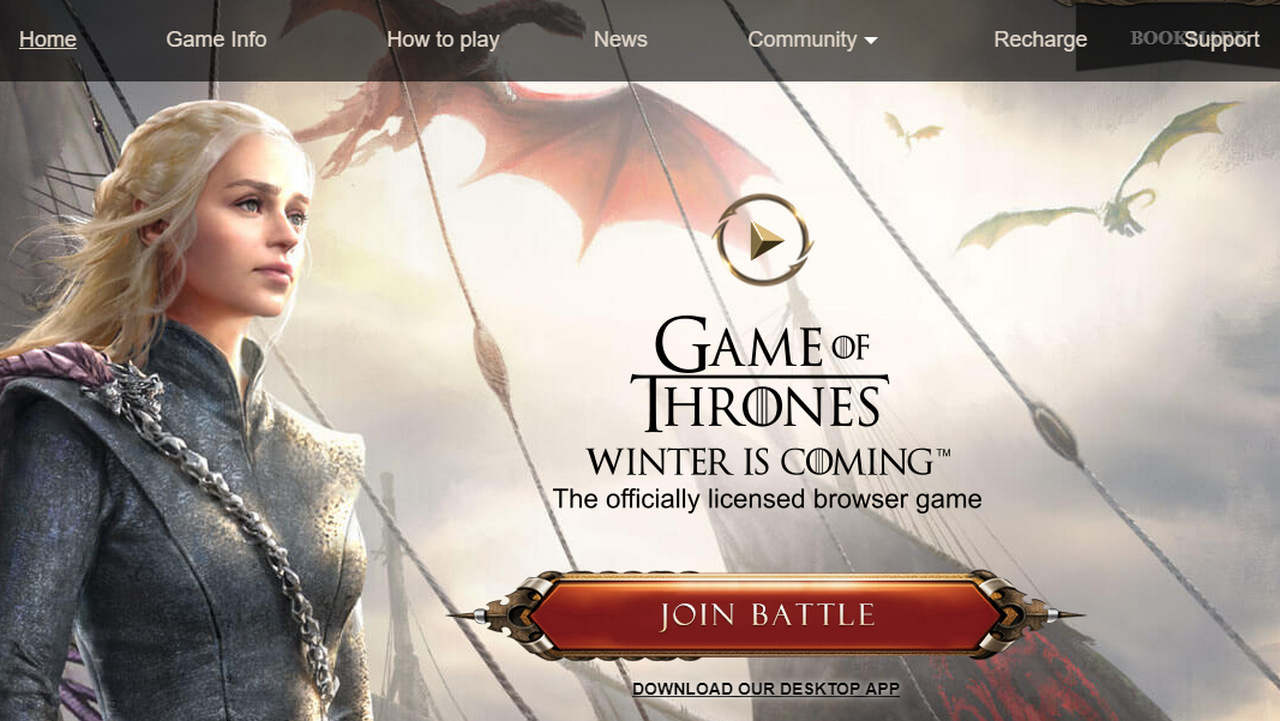 You will further be building a base, training an army, and recruiting followers. Through the game, you will have to accumulate money, might, and influence, which you will require as you get close to the Iron Throne in the game.

You can also invite friends to raise an army and compete with other human opponents.

Further, through the game, you will see many unlockable exclusive storylines through a host of PvE (player versus enemy) missions, where you will be pitted against hordes of roaming bandits and assassins for a chance to earn valuable rewards.

Game of Thrones Winter is Coming browser game: Is there a mobile app?

The game currently is only available on PC browsers and in a desktop app, however, it will soon come out in the mobile version as well. The mobile game app for Game of Thrones Winter Is Coming will be made by Tencent, the makers of PUBG Mobile.

The Game of Thrones Winter Is Coming game has been released just in time for the release of the Season 8 of the show Game of Thrones, which will premier on 14 April. Fans of the show in India will be able to watch the show on 15 April, either on Hotstar or Star World.

Game of Thrones season 8: When and where to watch HBO's epic fantasy show across the world