The game will allow players to build their own Jurassic World theme parks and manage the day to day operations of the park. 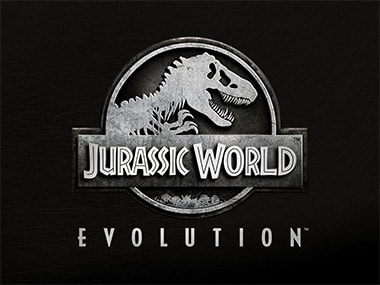 Frontier’s Chief Creative Officer, Jonny Watts says, "As long-time fans of the entire Jurassic series we’re thrilled to be putting players in charge of their own Jurassic World. We’re excited to bring over fifteen years of management, simulation, and creature development expertise to a destination and franchise that remains an inspiration to us."

Players will be able to genetically engineer new varieties of dinosaurs, as well as build attractions, research centers and containment facilities. Though users will be able to create the theme park on Isla Nublar, the location of the original Jurassic Park, users will also have access to the other islands in the Muertes Archipelago. In the books by Michael Crichton, covert facilities and labs were located on these islands, for creating experimental breeds not ready for the main park.

A video accompanying the announcement shows a T. Rex escaping from its enclosure into another containing a group of Parasaurolophuses, while engineers are in the process of fixing a problem with the electrified fence. A helipad is installed so that the rogue T. Rex can be tackled, while the camera tilts up to reveal an enclosure shared by Apatosauruses, Stegosauruses and Triceratopses, along with a few Gyrospheres and a monorail snaking through the background.

The game will land at the same time as the sequel to Jurassic World, Jurassic World: Fallen Kingdom. Frontier is the developer and publisher of titles such as Planet Coaster, Elite Dangerous, LostWinds, Zoo Tycoon and the RollerCoaster Tycoon series.