Far Cry 5 still looks just as bland as its predecessor, but at least now you get to keep a dog and go fishing

Far Cry 5 is set in Hope County, Minnesota where you and your Redneck friends slug it out with a religious cult that calls itself, well, ‘The Cult’.

It’s hard to get excited for a Ubisoft franchise when all the games in the series are so bland and evolutionary. Far Cry 5 is, I think, no exception, but I must admit, the games do have a certain appeal and I’ll be lying if I say that I’m not just a little bit curious about Far Cry 5. Far Cry 5 is set in Hope County, Minnesota where you and your Redneck friends slug it out with a religious cult that, rather unimaginatively, calls itself ‘The Cult’. The Cult has prophesied the end of the world and with that as an excuse, is terrorising Hope County. The group is kidnapping people, harvesting resources, forcibly baptising random folk and a lot more besides. You, with your trusted allies, take up the responsibility of stopping them.

As with the previous Far Cry games, this one is said to feature an even larger gameplay environment and there appears to be the usual assortment of outposts to clear, random roadblocks to bypass or destroy, events requiring you to intervene (for karma?), etc.

The extended gameplay reveal at Gamescom 2017, however, did also have a few new things to show.

For a start, you get to choose an ally now. If you’ve played Far Cry Primal, the ally mechanic in Far Cry 5 should be familiar. Your allies are animals (you can choose one of four) that will provide you with some bonuses.

The video showed off only one, Boomer, a mutt, who helps you by sniffing out enemies and tagging them, creating distractions, licking your face (Who’s a good boy?) and even stealing weapons and resources for you. The various predators roaming Hope County will also have to contend with Boomer before they have to deal with you. 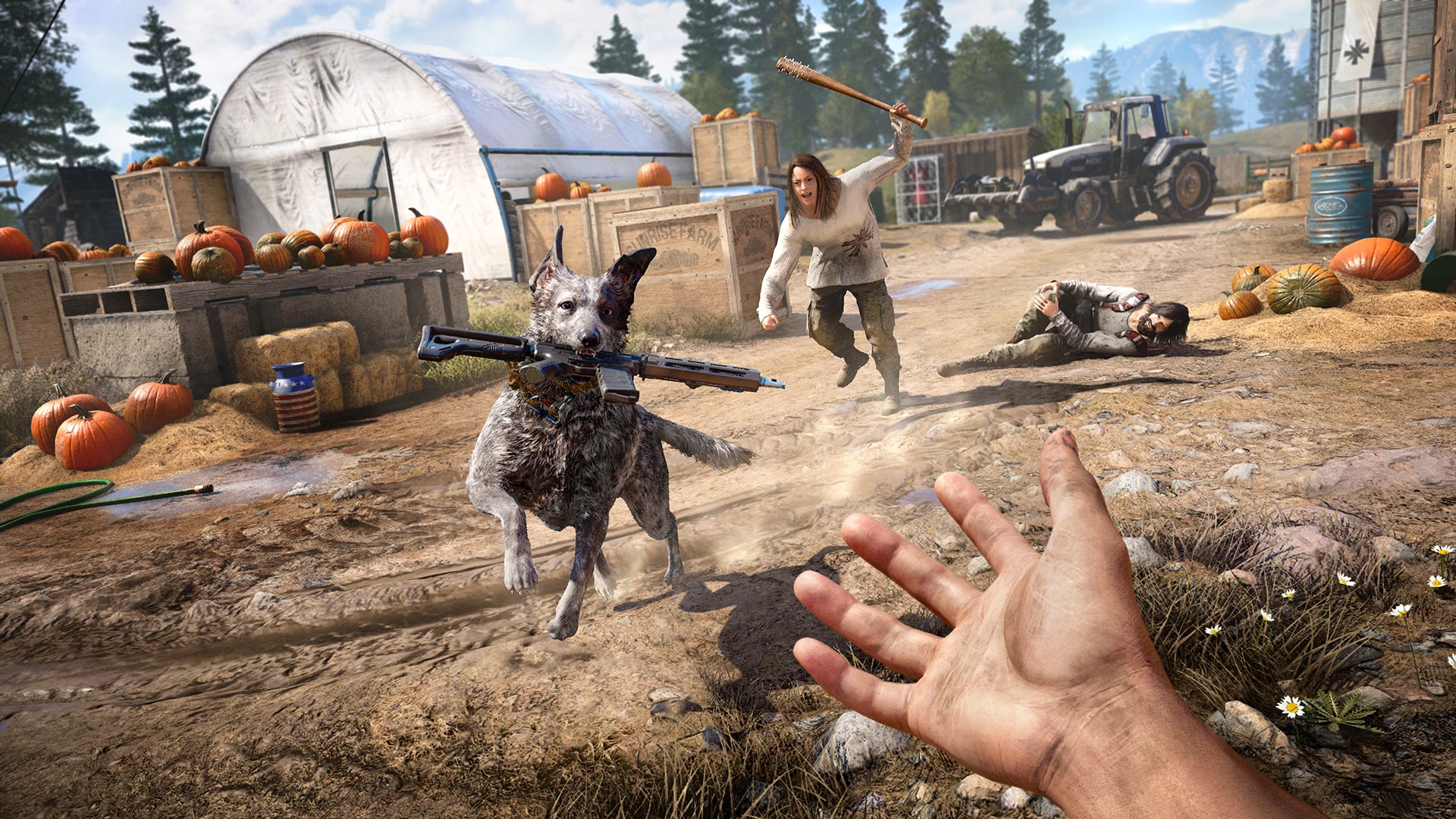 Boomer might be the coolest things about the upcoming game

The video showed off a number of vehicles that should look at home in Hope County, including a big rig (complete with flame decals) that can be used for ramming into vehicles at roadblocks.

The gyrocopter from Far Cry 4 appears to have been replaced by a seaplane, which is apparently mounted with rocket pods and guns. Better yet, it looks like The Cult has an arsenal of WWII-era fighters that they can use to fight you in the skies. 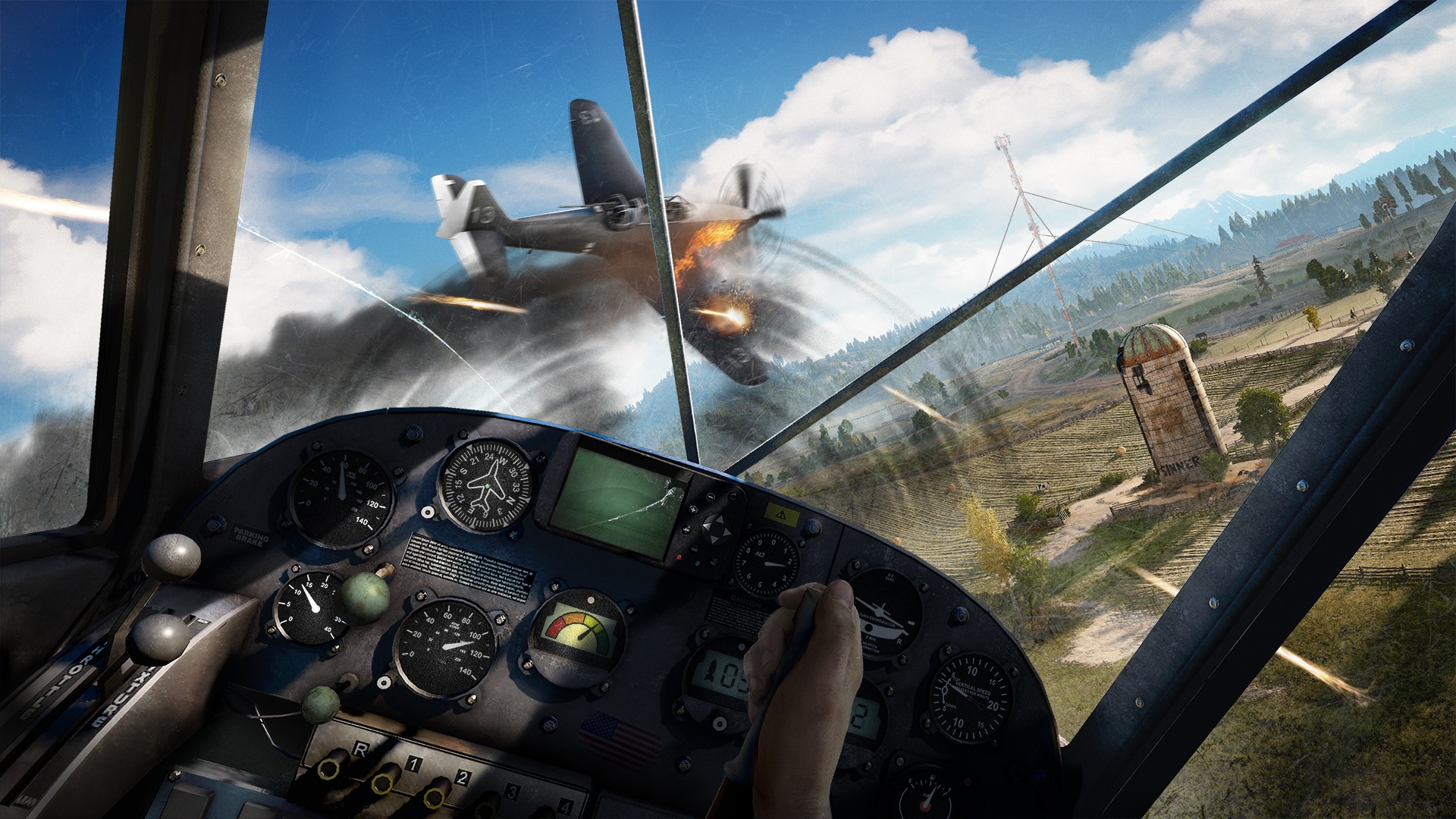 In Far Cry 5, your dinky little seaplane will successfully take on sleek and powerful WWII-era fighters

The aerial combat did seem excessively simplified, but hey, at least it’s something new.

Lastly, the biggest and most exciting update to the game is that it features a fleshed out and robust fishing mechanic. Yes, fishing. It seems like a fishing mini-game unto itself and players will have to fish by figuring out where to throw the lure, manage tension on the line, etc. As Gamespot pointed out, the feature is so interesting that they actually spent more time on fishing and comparing their catches than on the rest of the game.

Far Cry 5 demo: Check out our hands-on impressions from IGX 2017

Far Cry 5 drops half a dozen new video previews, trailers and a short film ahead of its 27 March release