A post by Epic Games on its Fortnite forums clarified the ongoing issues with login and the stability of its ‘Fortnite’ game.

Epic Games, American video game has released a statement along with a CPU usage charge to claim that the performance issues related to security patches for Meltdown were not mere speculations. 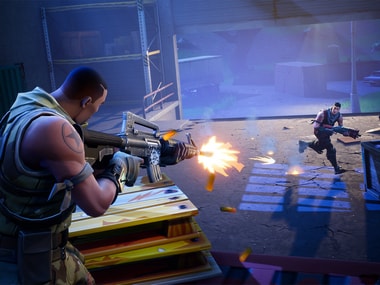 This comes days after details about two of that most prominent security bugs in recent history was released to the public.

These two security vulnerabilities by the names, Meltdown and Spectre are affecting the entire technology industry. Almost all the technology companies, be it hardware, software or even companies that provide services are scrambling in one way or other to patch their systems to guard against any attacks that make use of these vulnerabilities. However, it is not easy to deploy or even develop effective patches against these bugs as they are fundamental to how CPUs function. You can check all about 'Meltdown' and 'Spectre' in this in-depth explainer for the details.

Even though chip maker Intel has developed the patches, there have been concerns about how these patches will hit the performance of the patched systems. A post by Epic on its forums clarified the ongoing issues with login and the stability of its ‘Fortnite’ game. The chart pointed out at about 20 percent increase in the CPU utilisation right after the patches were applied. The company stated that it “wanted to provide a bit more context’ to the issues as all its cloud services have been affected in a similar way after the patches.

PSA: Our cloud services were affected by updates required to mitigate the Meltdown vulnerability. We rely on cloud services to run our backend and we may experience further service issues in the next few days due to ongoing updates.

The post stated that the game and servers “may experience further service issues due to ongoing updates”. Epic also pointed out that issues may occur over next week as the cloud services are being updated and the company is working with cloud service providers to ensure that these problems don’t occur further.