We’re currently in the process of building a PC for streaming games ourselves. Here's what we've settled on so far.

Streaming games in 2020 couldn’t be easier. With the proliferation of cheap, capable hardware, and free software like OBS, and virtually infinite bandwidth, there really is no barrier to entry. That being said, while it is easy to stream, raising the bar for quality is a much harder proposition.

We’re currently in the process of building a PC for streaming games ourselves, and it'll need to stream games from a phone, iPad, or from the PC itself, and are currently fine-tuning the choice of hardware for this.

Here’s what we’ve settled on so far, and why. Oh, and before we begin, just a disclaimer: all of this hardware has been leant to us by the respective companies involved. While we did sift through options before settling on the hardware we’re using, none of this was purchased by us. The first step is identifying what we need. To start with, the CPU and GPU are a no-brainer.

For the CPU, we had a choice of either the slightly faster 8-core Intel Core i9–9900K or the slower but perhaps more versatile 12-core AMD Ryzen 9 3900X. They’re both fantastic platforms and it’s impossible to really pick between one or the other. We simply settled on the 9900K because it was in stock and easier to get our hands on. Regardless, it is a faster gaming CPU (by a tiny margin) anyway. The GPU has to be an Nvidia RTX card. Yes, RTX is overpriced and there are barely any games that support ray-tracing, but we won’t be paying for our GPU and when money isn’t a factor, we would very much like to opt for the very best, most feature packed GPU we can lay on our hands on. For us, that translates to either the RTX 2080 or the 2080 Ti. We intend to be gaming and streaming at 1440p @ 120 Hz, so a powerful GPU is a must.

The Nvidia-specific NvEnc hardware codec is also a lifesaver here and in our testing, we’ve found it to be 2–3 times faster than the competition for encoding video to H.265. Essentially, the RTX cards and new 16xx series GTX cards support NvEnc, a hardware codec that transcodes video at blistering speeds with minimal performance impact when gaming.

Again, it’s not that AMD’s 5700XT and the like are bad cards, it’s just that they’re missing critical features like DXR (ray-tracing), and it simply makes no sense to opt for those cards when there is a more feature-packed option for gaming. If you’ve ever play Control or Metro Exodus with RTX enabled, you’ll never want to go back to regular rendering. 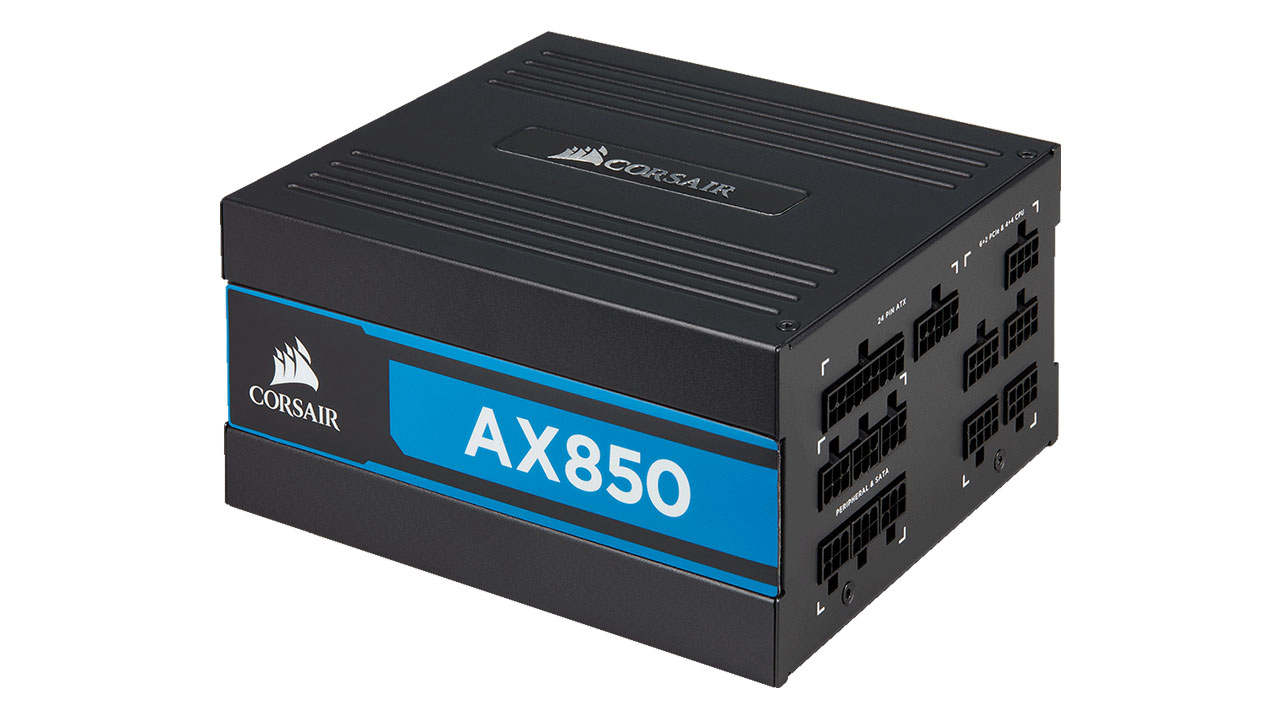 This 80 PLUS Titanium certified PSU is very powerful, and more importantly, modular.

Corsair was kind enough to offer us their AX850, and we were very happy to accept the offering. The AX850 is a powerful 80 PLUS Titanium certified 850 W PSU, which means its powerful, but also very efficient. It also offers a low-nose fan mode which should help keep noise levels low when streaming and recording games. The 10-year warranty means it’s going to last you a lifetime.

The fact that it’s a modular PSU also means that we get a great deal of flexibility when it comes to cable management. The bundled kit includes all the accessories you could ever need, and if, for some reason, we decide to pack in two GPUs, there’ll be power to spare.

For RAM, we’ve gone with Corsair’s Vengeance RGB Pro kit. It’s clocked at 3,000 MHz (CL15), which means it’s very fast, and overclockable, if we go that route. Better yet, it’s got some sweet multi-zone RGB for that added bling, and as everyone knows, RGB just makes everything faster. 😉 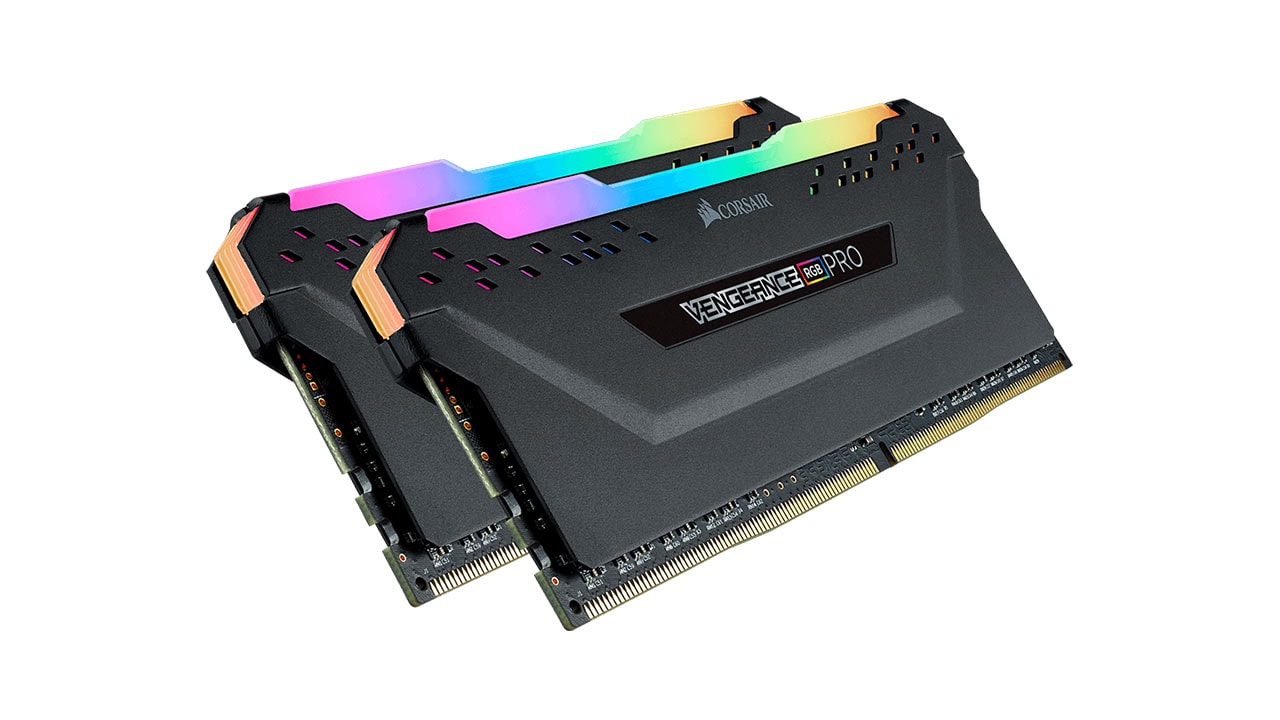 Since it’s a gaming rig, 16 GB RAM is more than enough.

The kit supports XMP 2.0 and comes with a lifetime warranty.

For storage, we had to go with an NVMe PCIe Gen.4 device. A standard hard drive will hit read/write speeds of about 150 Mbps. A SATA SSD will hit speeds of about 500 Mbps, which is certainly not bad. An M.2 Gen.3 SSD, on the other hand, can hit a whopping 5,000 Mbps. 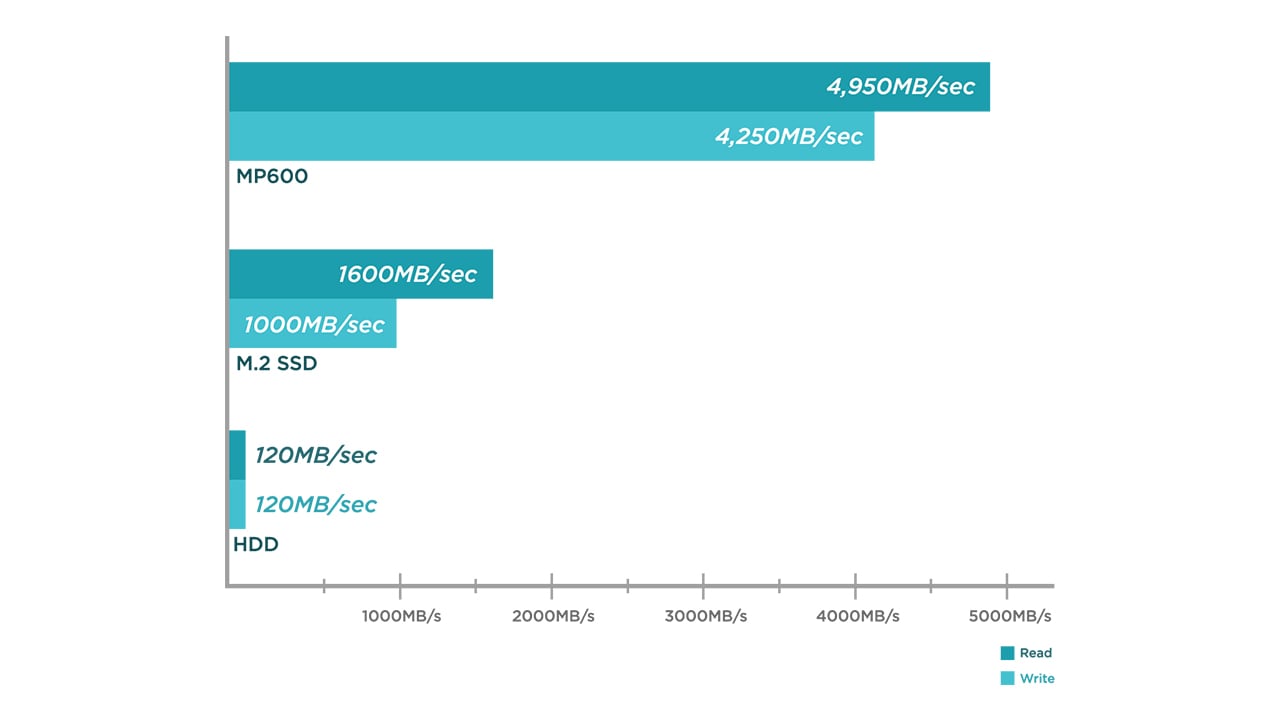 5,000 Mbps read speeds sound ridiculous, and is expensive, but who cares? It's not like we're paying for any of this.

Will we ever use that bandwidth? It’s highly unlikely. Do we need a Gen.4 SSD, especially when few motherboards even support the speed? Of course not, but we’re future-proofing here and since Gen.4 is the future, we might as well opt for it.

Our SSD of choice is the Corsair MP600 in its 1 TB avatar. That’s enough storage for a handful of games and given its specs, we’re not going to be bottlenecked anytime soon.

For backup, we’ll be opting for a couple of 2 TB WD RED NAS drives. These drives are meant to be abused over long periods and should be ideal for archiving our game recordings and miscellaneous footage.

We’re still finalising our choice of monitor, motherboard, cabinet, and cooling. And no, we haven’t yet decided on whether we want to go the liquid cooling route. Liquid cooling is cool, pun intended, but good air cooling is less hassle and just as good, if not better. There’s also less risk of spillage destroying hardware. We’re currently eyeing Noctua’s lineup for the same. Various cabinets are also being evaluated for airflow and storage capacity (few modern cabinets have more than two HDD bays).

Why do we need a video capture card? Not everyone plays on PC, and not all good games are on PC either, and having the option to capture video directly off a PS4 or even iPad or smartphone is a nice option to have. While you can stream directly from some of these devices, we need more flexibility for a proper game stream, and that can only be had if we can capture and process the video properly.

The Elgato HD 60 S is a brilliant little external capture device that can capture 1080p 60 fps video without adding any additional load to whatever system you’re recording from.

It dumps data via USB 3.0, which means you can record higher quality video with less stuttering and lower latency. Recording also happens via HDMI, so it’s compatible with just about every electronic device out there. Hell, you could even connect a VR headset to it.

With the HD 60 S, we also get the option to off-load recording and processing duties from our main gaming rig to a secondary PC that can handle multiple cameras, chrome keying and the like.

In part 2, we'll have settled on the rest of the hardware and acquired the GPU that we need. Say tuned for more updates in the coming weeks.