BioWare's Anthem will not make its promised 2018 release date; now expected in 2019

The loot box controversy, among other things, has apparently forced BioWare into rethinking its plans for Anthem

Game developer BioWare is something of a legend in gaming circles. With a long history of developing some of gaming’s most beloved franchises, including Mass Effect and Dragon Age, the developer is closely followed by the gaming community and any new title, and especially a new IP, is reason for excitement. 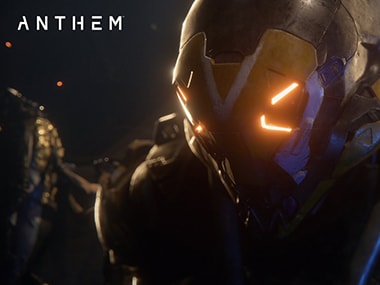 At E3 last year, BioWare teased Anthem, a brand new, online RPG with a persistent world that follows in the footsteps of Blizzard’s Destiny franchise.

BioWare, which was bought out by EA, has been passing through some tempestuous times, most notably for the disastrous Mass Effect: Andromeda. That last saw one of BioWare’s studios shuttered and absorbed into EA.

For its part, EA has lost the faith of gamers and is now very much considered to be the gaming equivalent of a Bond-movie villain. In fact, many gamers hold EA directly responsible for BioWare’s state today. Most recently, EA was in the news for implementing a “loot box” system that many considered to be the height of greediness. Loot boxes are randomised virtual “boxes” that yield virtual items when opened. These boxes have to be paid for with real money, and EA’s implementation in Star Wars: Battlefront II, was egregious, to say the least. The move saw EA's stock price tank and forced game studios to rethink their approach to micro-transactions.

The loot box controversy, among other things, has apparently forced BioWare into rethinking its plans for Anthem as well. The team is also closely following the state of Destiny 2, a game from which Anthem is likely drawing inspiration.