The Mini is a great tool in any streamer's arsenal, but it's grossly overpriced in India.

Whether you’re a veteran streamer or a wannabe streamer, there will come a point in your life when you’ll feel the need for upping your streaming game, and that’s the point where you will consider a video capture card.

A video capture card, as its name suggests, captures video and audio from your gaming device, be it a phone, PC, console or tablet. The captured multimedia content can then be streamed from a PC with whatever garnish you want to add to spruce up said stream. 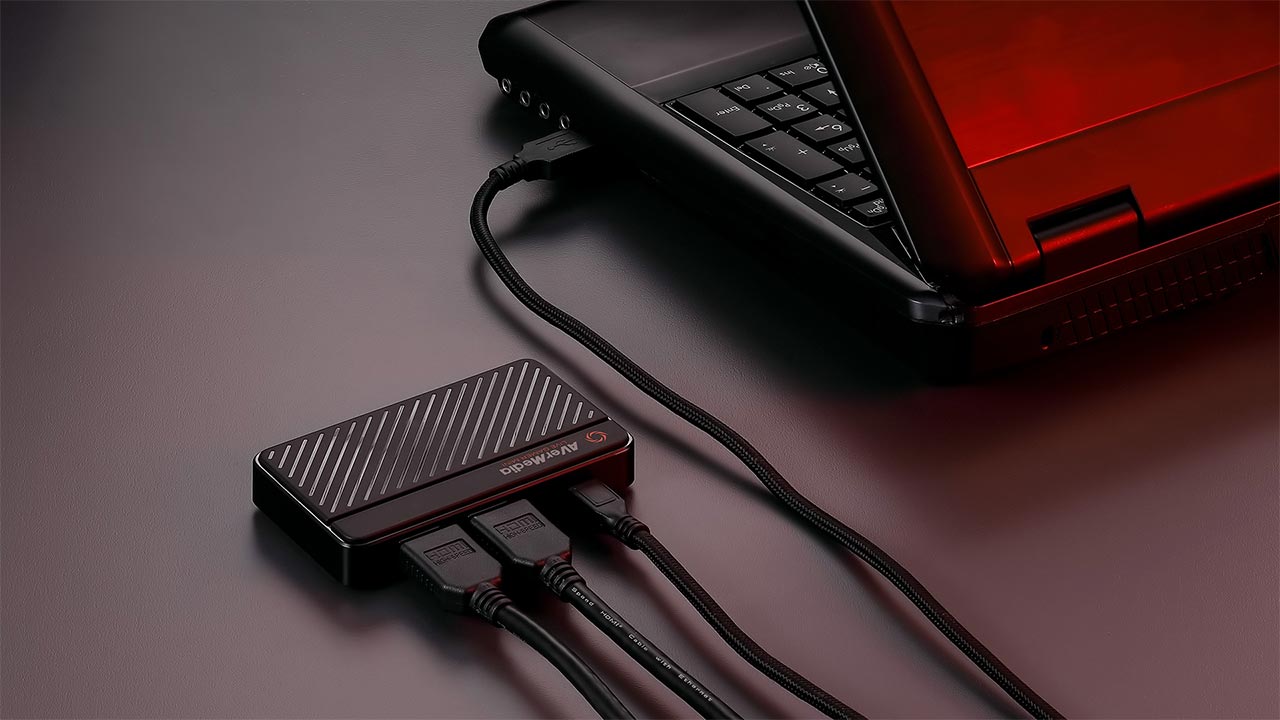 If you're even remotely serious about streaming mobile games, you need a video capture card. Image: AVerMedia

A video capture card makes life easier as it offloads video processing from your device. Say you’re playing on a phone, if your phone has to do the gaming as well as the recording and streaming, it is going to struggle and you will see a drop in performance. From our testing, we’ve seen that streaming quality from mobile devices is not very good, even from high-end phones. A capture card also helps capture video from devices like a Nintendo Switch, devices which don’t have an in-built streaming option.

This is where the AVerMedia Live Gamer Mini comes in (full specs here). It’s a dinky little box that weighs next to nothing. It has an HDMI input, an HDMI output, and a USB 2.0 output via mini-USB.

To use it, you first must determine whether the device you’re using can output to HDMI. If it’s from a phone or an iPad, you’re going to need a micro-USB/USB-C/Lightning-to-HDMI adapter. You plug one end to your phone, the other end to the Mini, and the USB output from the Mini into a PC. If you feel like it, you can also connect a display to the Mini to view the output. The latter is useful if you’re streaming from a PC that only has one HDMI output. 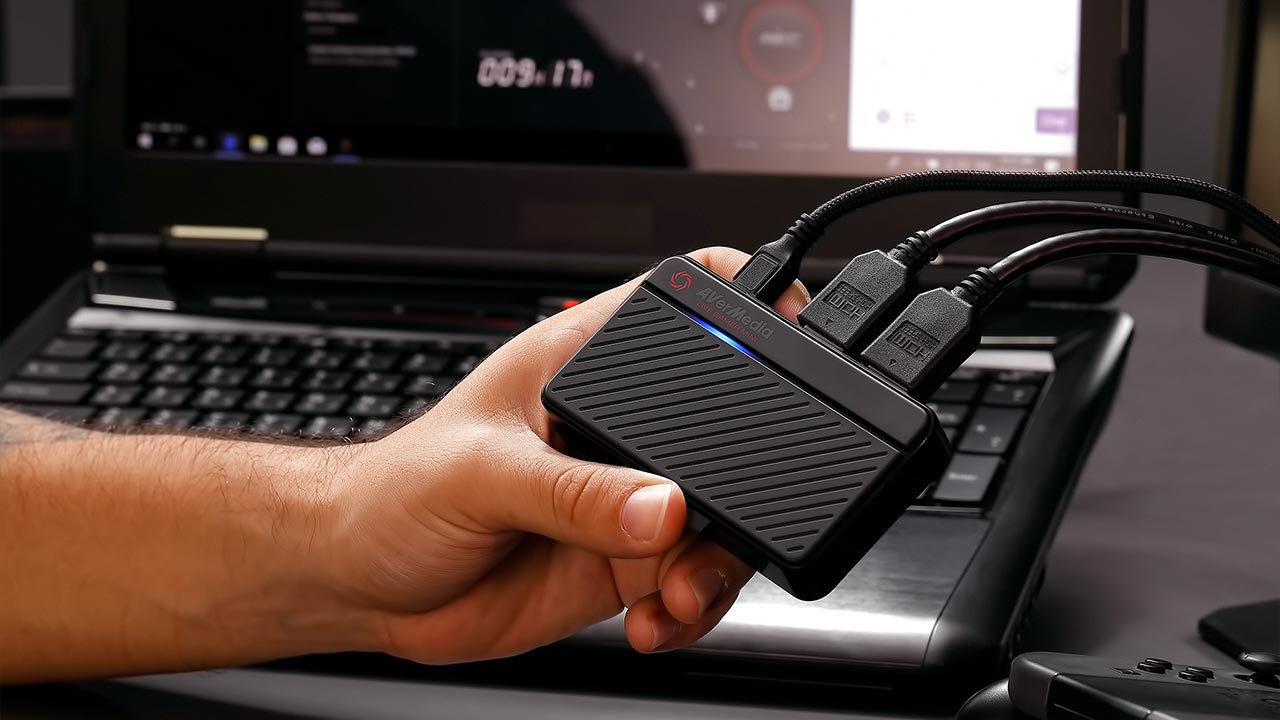 And yes, you will need a PC to go with the Mini or any other capture card for that matter.

For testing, I hooked up the Mini to a relatively low-end PC (with a U series Intel CPU and Nvidia GTX 1050 graphics) and a Samsung Galaxy S8. The captured data was processed and streamed via a second PC.

Setting up the Mini is easy. You just hook in the cables correctly and the device is automatically detected as a video capture card. You won't need additional drivers.

From there, you can either use popular streaming/recording software like OBS (Open Broadcaster Software) or XSplit, or even the RECentralsoftware provided by AVerMedia.

I’d recommend going with OBS because RECentral looks like it was built in the early ‘00s. It does work, so there’s that, but you might as well get used to OBS because if you’re going to be streaming a lot, software like OBS or XSplit is where you’ll end up anyway.

The captured video quality is a bit of a mixed bag. By default, the RECentral set the bitrate to 60 Mbps. This is weird because firstly, 60 Mbps is unnecessarily high, and secondly, the USB 2.0 connection used by the Mini doesn’t support such speeds.

As expected, this was a problem. Video recorded at 60 Mbps was unusable and filled with recording artefacts and blocky pixels. On reducing settings to a more manageable 30 Mbps, however, things changed. Recording quality was quite nice and there was no visual tearing that I could see. Surprisingly, video recorded or streamed via OBS was also quite bad initially and I had to spend some time tweaking settings to get everything just right. Once properly set up, though, things work well.

If you’re on a PC, don’t bother

Still, if you’re on PC, it simply makes more sense to go with AMD’s or Nvidia’s built-in recording and streaming tools. They’re very powerful and have minimal impact on the system. Since the data is captured and processed directly by the GPU, captured footage looks fantastic. The Rs 16,000 you’d spend on the Mini can be better spent on a CPU/GPU upgrade.

Another limitation is that the Mini can only capture footage at 1080p@60 fps. If you’re gaming at a higher resolution, the Mini can’t help you.

If you’re streaming from a mobile phone or game console, the Mini is an excellent option. Recording and streaming quality is better than anything you’ll get from a phone, and if you’re going to be streaming regularly, the AVerMedia Live Gamer Mini is a really good option. You will still need a decently-specced PC to handle the captured video though.

Also, I wouldn’t recommend using HDMI passthrough either with a TV or console. It’s fine in a pinch but there’s a noticeable loss in quality and contrast with the Mini sitting in-between.

The Mini does have one flaw: its price. At Rs 16,000, it’s retailing here for about twice the price it is in the US. Rs 16,000 is no small investment, and unless you’re already working with expensive gear, shelling out this much for an entry-level capture card is a bit much.

I pitted the Mini against the Elgato HD60 S, a very popular capture card that retails for about Rs 19,000 in India, and I have to admit, the Mini seems like a better deal. The HD60 S feels more refined, supports USB 3.0 via UBS-C, and the software is far more intuitive, but the Mini’s performance is just as good, if not better, and the final output, I think, looks a tad better from the Mini.

Pricing aside, I think the Mini is a must-have in any serious streamer’s arsenal, but only if you’re streaming from a mobile device. If you are getting one, I’d recommend you to try getting a kind relative to pick one up from abroad. You’ll end up saving a tonne of money, money that can be better spent on equipment such as a mic or camera.

The AVerMedia Live Gamer Mini retails at Rs 15,900 via MD Computers and comes with a 2-year warranty. You can also find it on sites like Amazon India.