Think gaming laptop and bulky monsters come to mind. That bulk has been the bane of gaming laptops since their inception. The ASUS Zephyrus changes that.

Think gaming laptop and bulky monstrosities come to mind. That bulk has been the bane of gaming laptops since their inception. The ASUS Zephyrus, the first laptop in India with Nvidia’s Max-Q technology, is a herald of things to come. 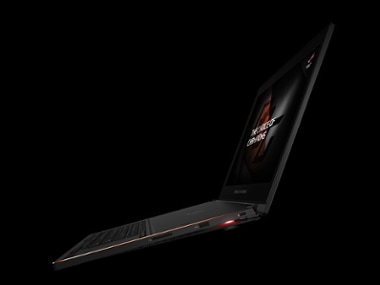 It’s not the fault of the designers. Gaming hardware is, by design, power hungry. Performance can’t be compromised, after all. This is true, but Nvidia’s Max-Q technology is a slightly different take on this and perfectly suited for mobile devices.

Since the hardware is consuming less power, it will generate less heat. Since power consumption is lower, some of the circuitry can also be redesigned as it need not take on a full load.

The Zephyrus, the first product in India to use the technology, is a mere 17.9 mm thick and weighs 2.25 kg. MSI and Gigabyte have also launched devices using Max-Q, but not in India.

ASUS invited us to the launch of the device in India where we managed to get some hands-on time with the device.

First, let’s just get the specifications out of the way. The device launching in India is powered by the Intel Core i7 7700HQ processor and an Nvidia GeForce GTX 1080 Max-Q Design graphics chip. You also get 1 TB of PCIe Gen2X4 SSD and 24 GB of RAM. 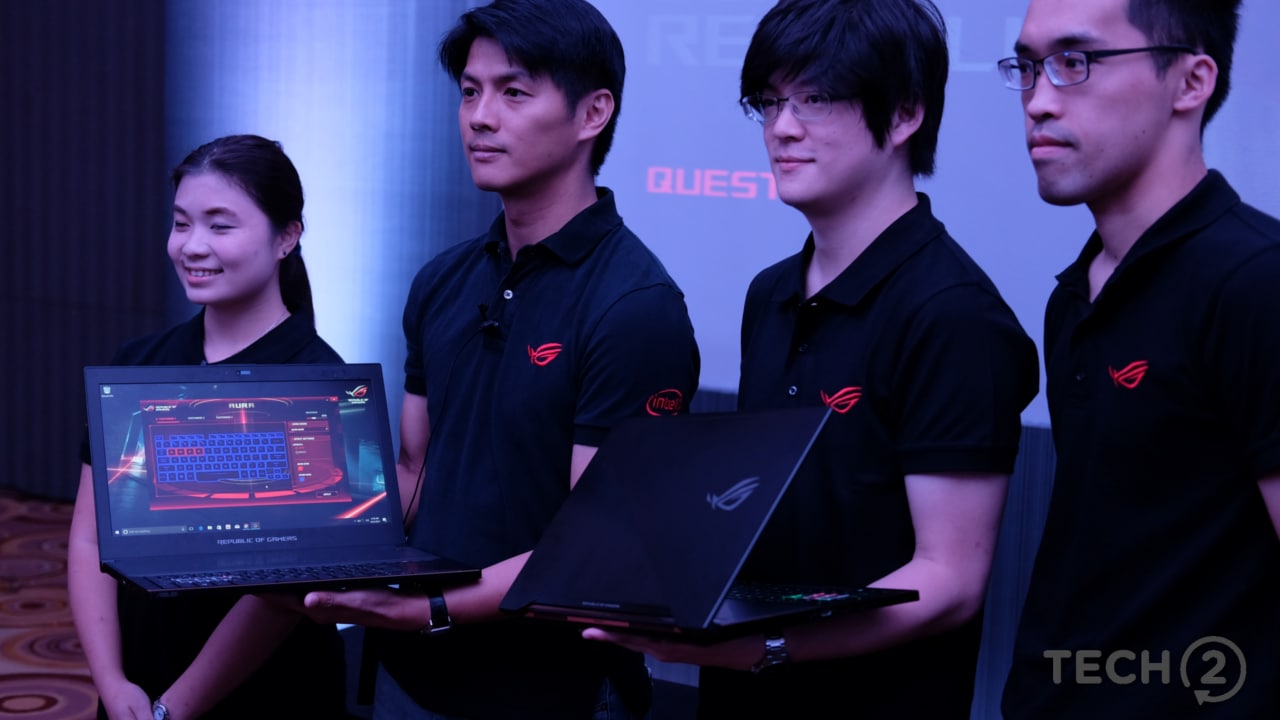 First impressions? The device is ridiculously thin. The last laptop I tested featuring a 1080Ti was a 4 kg monster that positively dwarfed my MacBook Pro 13. The Zephyrus is slim, sleek and gorgeous to behold. The weight of 2.25 kg also means that you can lift it with one hand. 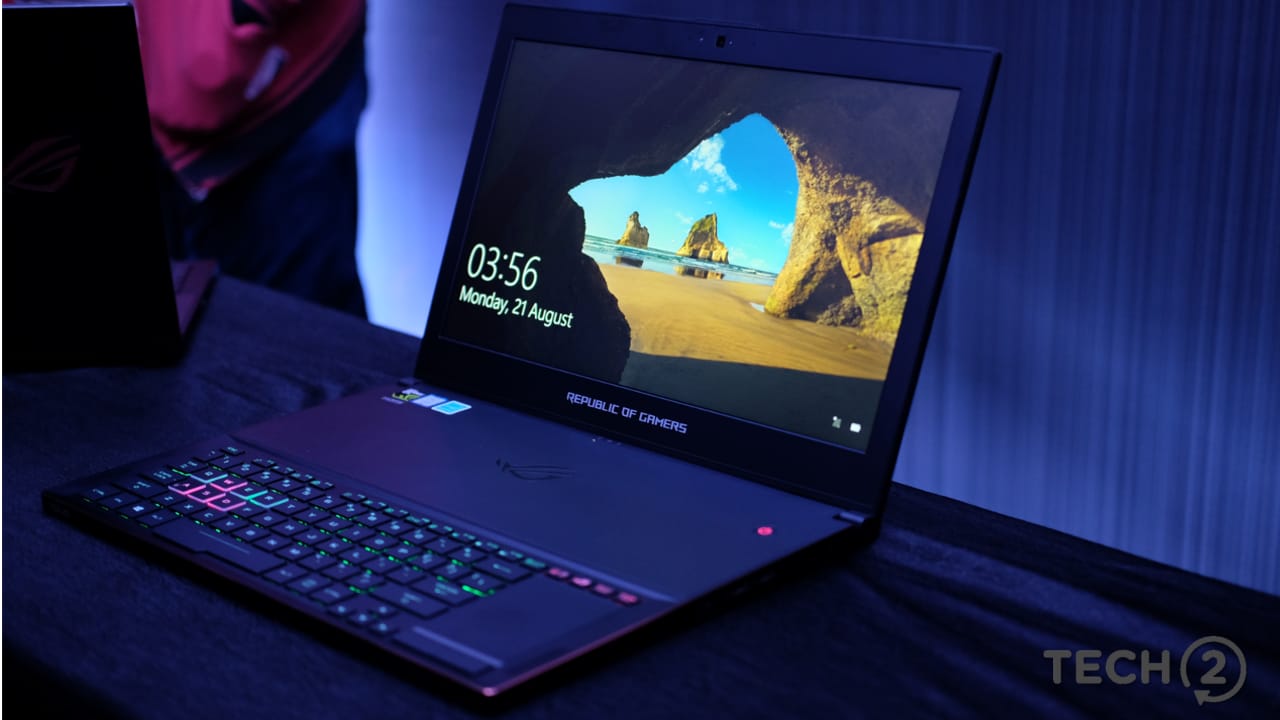 It's certainly a slim device

The device itself felt sturdy to hold, but there was one mechanism that had me a little worried. When you open the lid, the bottom panel is pushed out to improve airflow. That panel is flexible and feels like it might snap easily. ASUS claim to have tested the device thoroughly, and I’d no intention of putting ASUS’ claims to the test at a press conference of course. 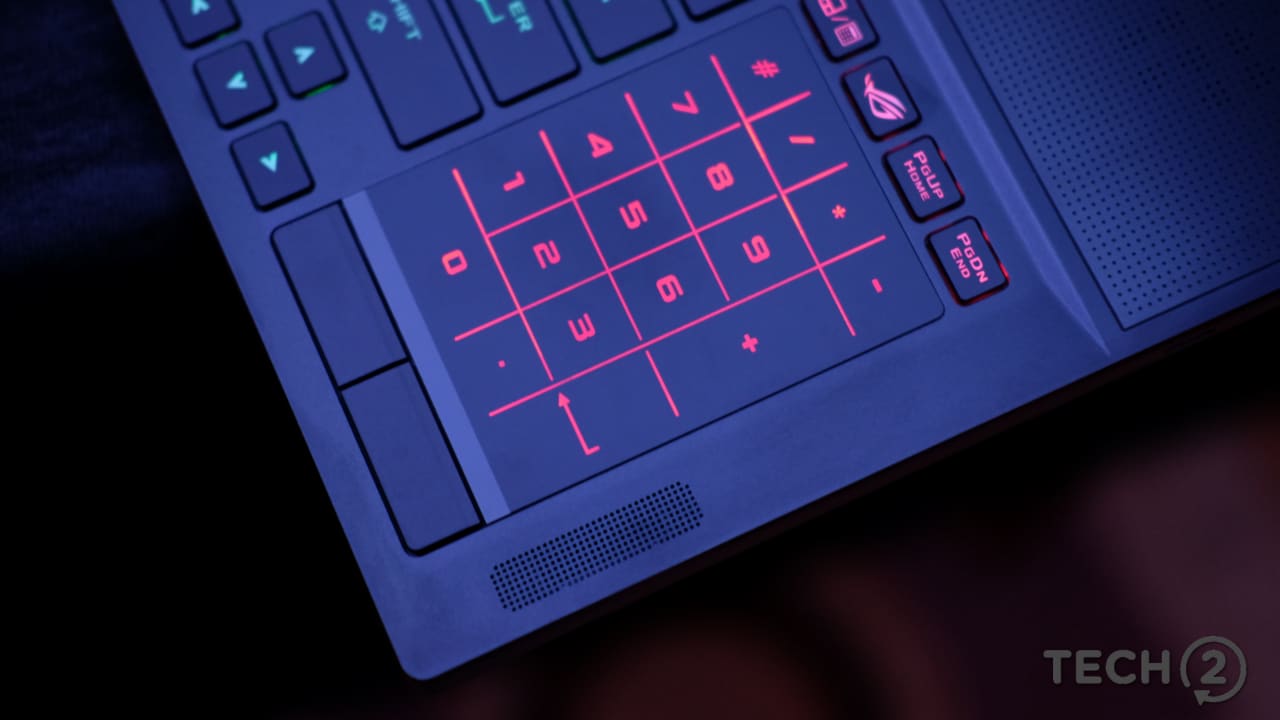 The keyboard is backlit with RGB LEDs, but the lighting isn’t fully customisable. In this model of the laptop, lighting is customisable in three zones. The keys felt good to type on and had good feedback.

The trackpad fascinated me just as much as the rest of the device. It looks like a standard trackpad, but with one interesting twist. Tap a button and the trackpad transforms into a touch-sensitive numpad. It’s a brilliant design and gives you the advantages of a full-size keyboard.

The display was good, but subject to a thorough test, I really can’t say more than that. The upper portion has been given over to cooling.

I couldn’t play any games on the device so I can’t comment on the performance. I can tell you that idle temperatures were low at 36 degrees and there was no fan noise that I could hear.

Subject to a thorough review, I will admit that I’m already impressed and excited by the device. Having a thin, light and powerful gaming laptop is a dream come true.

The device is expensive, which is a serious hurdle, but as the technology gets cheaper, we’re sure to see ultrabook-class gaming portables in the near future.