In the Zen 2 architecture, because of double the amount of L3 cache and lower memory latency, a 21 percent boost in performance can be expected in 1080p gaming. AMD said that the Ryzen 9 3900X performs almost as good as Intel’s Core i9-9900K in 1080p gaming and that it surpasses Intel in tests like Cinebench R20 and Adobe Premiere. A similar performance was observed by AMD when the Ryzen 7 3800X was compared with the Intel Core i7-9700K, and the Ryzen 5 3600X with the Intel Core i5-9600K. AMD also said that the new Windows 10 May 2019 update is going to be optimised for Zen and users can expect a performance boost of up to 15 percent after installing the update. It was also mentioned that all the third generation Ryzen 9 and Ryzen 7 CPUs will ship with the premium AMD Wraith Prism Cooler, which is equipped with support for Razer Chroma lighting.

Two models were announced under AMD’s Radeon RX 5000-series based on a new design named RDNA or Radeon DNA. This design is based on the company’s Navi GPU architecture so these cards will be the first consumer-grade Navi-based cards in the market. 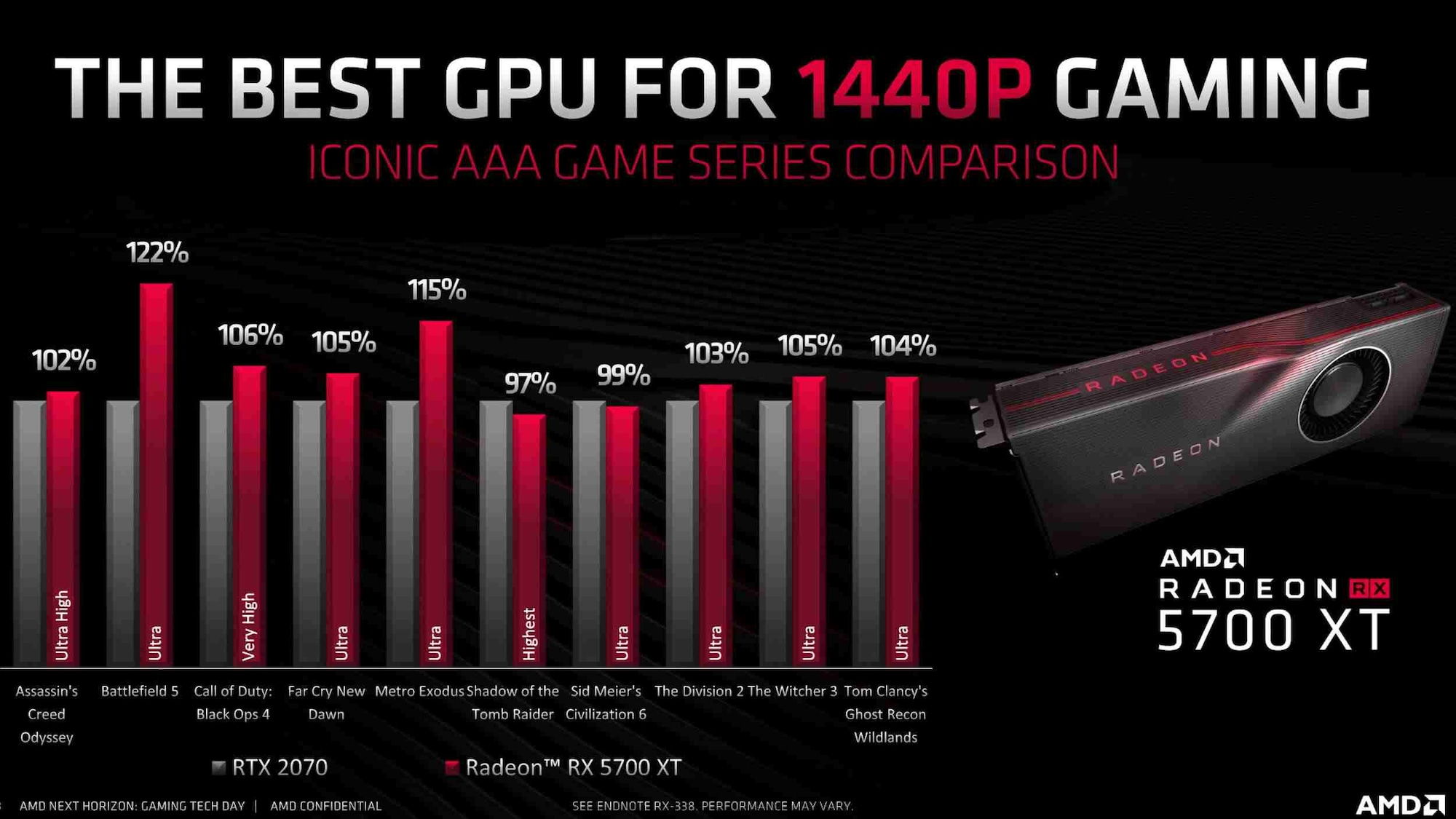 Apart from the hardware announcements and launches, buyers of the Radeon RX 5700 series GPUs and a few Ryzen CPUs will receive a three-month subscription of Xbox Game Pass for PC. The subscription will give them access to a library of over 100 game titles. Upcoming games such as Gears 5, Halo: Infinite and Minecraft Dungeons will be available right from launch using Xbox Game Pass for PC.