Alienware today announced that its flagship gaming desktop, the Area 51 will also be configurable with Intel's Core i9 processor.

Dell's gaming division Alienware today announced that its flagship gaming desktop, the Area 51 will also be configurable with Intel's Skylake-X series processors with the option to add an Intel Core i9 processor. 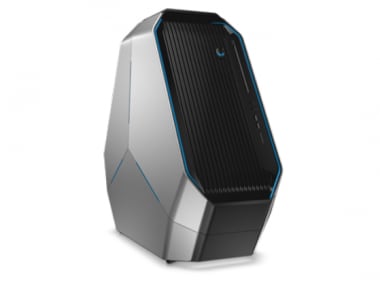 While the Alienware Area 51 did come with Intel chipsets, it was not as capable as AMD's Threadripper chip, making the AMD version the clear flagship.

Alienware now, however, have thrown the battle open between AMD and Intel with the option of including an Intel Core i9 chip. This would not be a gamers concern though, as mentions Alienware marketing manager Eddie Goyanes who speaking to GamesBeat states that he has never seen the AMD-Intel competition heat us this much. “It’s a fun time in gaming, and it’s good for gamers,” he adds.

The Area 51 which is not really an attempt to lure the regular gamer, is targeted primarily at 4K and VR gamers. The new rig comes with a 10-core processor with clock speeds of up to 4.5GHz using stock settings. The systems come with support for Nvidia SLI and AMD Crossfire graphics technology, with dual and triple graphics processing unit (GPU) options.