The new Helios 700 can handle Intel Core i9 CPUs, up to 64 GB of RAM and Nvidia RTX 2080 GPUs. These GPUs are the Max-Q variants and are less powerful than their desktop counterparts, but these are also the most powerful graphics cards you can get on a mobile device. These cards are already available on MSI and ASUS laptops, so Acer isn’t exactly first to the party.

But this is all boring stuff. Just google RTX laptops and you’ll be flooded with options. What sets the Acer Helios 700 apart is its unique keyboard and unusual audio setup.

First, the keyboard. Unlike regular laptop keyboards, you can simply slide the keyboard towards yourself, opening up more vents for the laptop. When this ‘HyperDrift’ keyboard is moved, the laptop automatically switches to a Turbo mood that boosts the fan speed as well as performance. It’s a really cool idea and we certainly hope it works well in real-world usage. Better yet, the WASD keys are analogue, they can sense multiple stages of pressure, which should make a big difference in casual games. The keycaps can also be replaced.

And the goodies don’t stop there. Acer even managed to squeeze in a 5.1 “surround” sound setup into this beast. 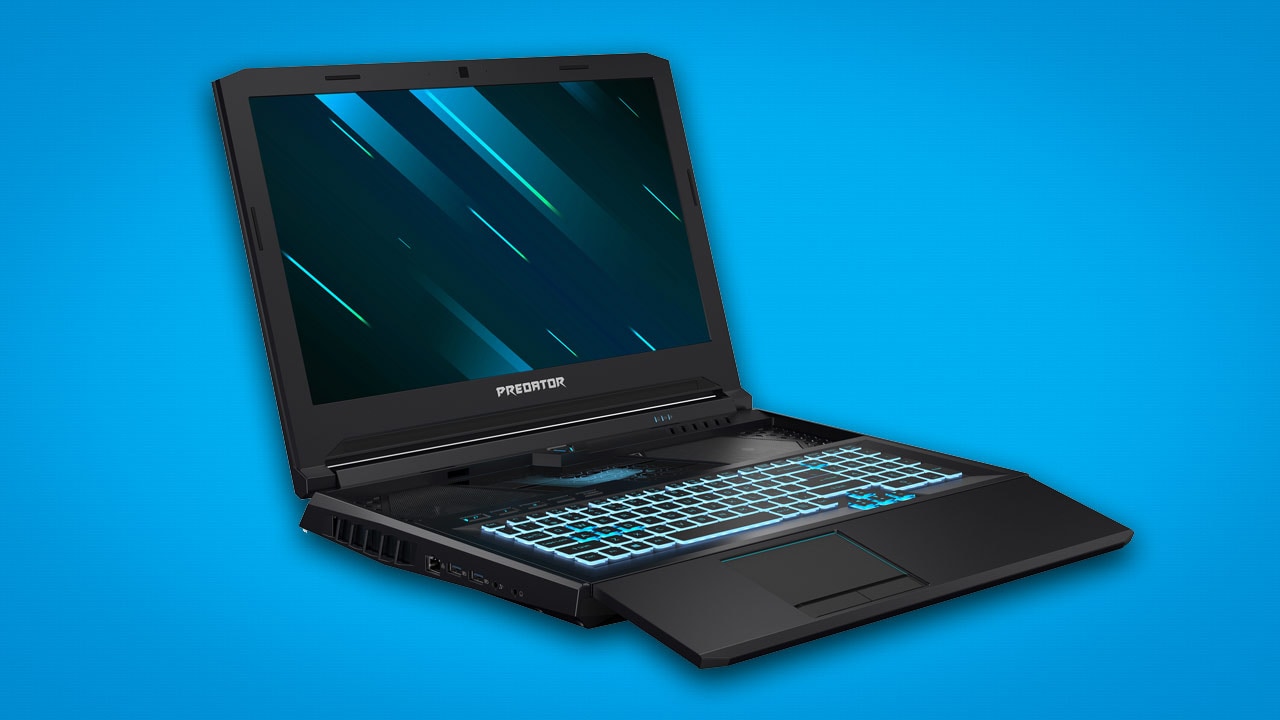 The Helios 700 features a slide-out keybaord.

CES 2017: Acer launches Predator 21 X, the first notebook in the world with a curved screen