Tesla's electric truck prototype unveiling: All we know so far

The Tesla co-founder and CEO, Elon Musk's Tweet on Wednesday confirms that the truck launch will certainly happen at 6 am (IST) Friday 17 November.

Tesla Inc has been teasing the launch of the company's first electric semi-truck prototype for a few months now. Founder Elon Musk took to Twitter on Wednesday night to reveal an image of the much-anticipated truck, finally putting a date on its official unveiling. 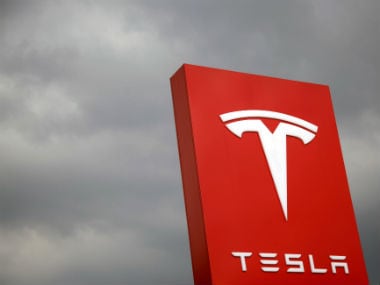 The Class 8 semi-truck unveiling was initially set for 26 October by Musk himself but was later postponed to November. However, the co-founder and CEO's Tweet on Wednesday confirms that the launch will certainly happen at 6 am (IST) Friday 17 November.

Now while not a lot is known about the electric truck itself and why Tesla decided to take a step towards making a truck instead of another average consumer-oriented electric car, we do have answers to a number of key questions.

How do we know its a truck?

Apart from the teaser image posted by Elon Musk on Twitter, we have learned from a number of teaser images as well as a short video clip shared by the founder on his Instagram handle that the silhouette of the object looks like a truck. A Reddit user also revealed what we know as a spy shot of the truck being transported by Tesla.

It can transform into a robot, fight aliens and make one hell of a latte pic.twitter.com/8h9vvWu4f5

Keeping aside teasers, we have several reports which also state that Tesla has been testing long-haul electric trucks running on its autonomous driver-less technology.

The idea in itself, however, is not new. Elon Musk in a July 2016 blog post named 'Master Plan, Part Deux' wrote, "In addition to consumer vehicles, there are two other types of electric vehicle needed — heavy-duty trucks and high passenger-density urban transport. Both are in the early stages of development at Tesla and should be ready for unveiling next year."

What type of a truck should we expect?

While the idea of an electric truck may not be new, the fact that Tesla is making one will certainly turn eyeballs. According to a report by TechCrunch, the truck will be 'big' in order to suit the needs of "heavy-duty" large-freight shippers. The truck unveiled on Friday will be a prototype, which means a model that will be intended to be mass produced within a period of another year or two.

As per the report, the Tesla owner has previously mentioned that the company has worked directly with freight-shipping entities throughout the design process of the Semi truck. This was done to ensure that the truck checks all the boxes when it comes to meeting the demands of the end buyers, once it is available for purchase.

One of the most important factors that determine whether the electric truck would appeal as a viable purchase option to a freight shipper is its capacity and how far can it go. Based on a previous report, the Tesla electric truck will have an all-electric range of 200-300 miles, slotting it into the lower end of what transportation veterans consider "long-haul" trucking.

In terms of capacity, Tesla has classified the truck as Class 8, which in the US translates to a maximum load of around 80,000 pounds. But the biggest feature that Tesla boasts and have grown to improve on is the inclusion of an autonomous driving system. Based on a report from August, Tesla has had discussions with Nevada and California Department of Motor Vehicles (DMV) regarding potential road tests of the prototype when we first learned about Tesla's interest in including its autonomous driving technology in the truck.

Why should it work?

Referring to an earlier report, roughly 30 percent of US trucking jobs are regional trips of 100 to 200 miles, according to Sandeep Kar, chief strategy officer of Toronto-based Fleet Complete, which tracks and analyzes truck movement.

"A truck with that range would be able to move freight regionally, such as from ports to nearby cities or from warehouses to retail establishments and as long as (Musk) can break 200 miles he can claim his truck is 'long haul' and he will be technically right," Kar said. While this suggests that Tesla is not aiming to grasp the entire trucking industry, it will try and take a jab at conventional diesel-run long-haul trucks that ply on shorter routes.

Why should we care?

Tesla's foray into a highly competitive area of commercial transport surely suggests that the company is trying to shift its focus from producing luxury electric sedans. It may be a new gamble of sorts, but taking the company's research and workd alongside the freight shipping industry into consideration, Tesla's entry could be a potential game-changer for the industry.

That said, its competition is also geared up and ready to accept Tesla's challenge head-on. According to a report by The Verge, existing truck manufacturers have also been pushing rival electric projects. Daimler, the parent company of Mercedes-Benz and Cummins, an Indiana-based engine-building company, has begun unveiling electric trucks intended for long-range hauling. Other companies are also expected to follow suit.

Apart from conventional truck-makers, the competition is sure to heat up even further since the area of commercial transport is also being pursued by giants such as Uber and Alphabet Inc's Waymo.