Mercedes-Benz India has sold 11,869 units in India, increasing the sale by 20 percent during Jan and September in 2017.

German luxury vehicle manufacturer Mercedes-Benz had a great year in India. The Indian arm of the company assembles its E-Class luxury sedan models in India itself. The right hand drive version with the long wheel base is assembled at the automaker's Chakan plant in Pune. 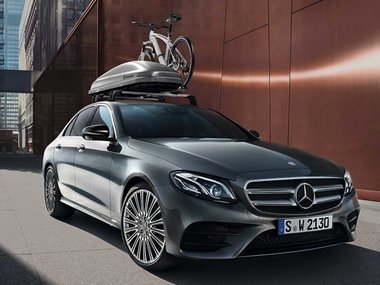 According to a report on Express Drives the E-Class model sales are 34 percent of the total sales of all the vehicles have been sold out by the company. India assembles nine model of the E-Class and 60 percent of the accessories are locally sourced from the country. The car has also emerged as the most successful brand of 2017 for the company.

Mercedes-Benz India has sold 11,869 units in India, increasing the sale by 20 percent during Jan and September in 2017.

Mercedes-Benz E-Class is priced between Rs 56.15 Lakh and Rs 69.47 Lakh in India. The car is available in both petrol and diesel variant and one of the variant comes with 4-cylinder direct-inject turbocharged motor.