The Swift Limited Edition comes with decals all over the car including the roof, bonnet and side door and is available in both petrol and diesel variants.

Maruti Suzuki has launched a Limited Edition variant of one of its best selling cars, the Swift in India. The new Swift Limited Edition comes with decals all over the car including the roof, bonnet and the side door and starts from Rs 5.44 lakh (ex-showroom Delhi). 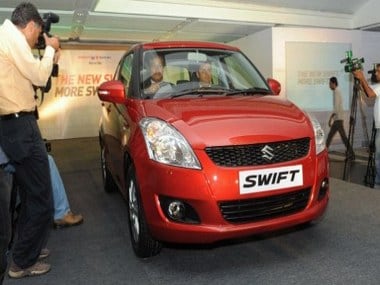 The advertisement of the new Limited Edition of the hatchback was first seen in the Mid Day newspaper. According to a report by Indian Autos Blog, the interior of the car too has received some changes including new seat cover, steering wheel cover and an touchscreen infotainment system with the support of Android Auto and Apple Carplay. The company has also included new carpet mats and improved the speakers with extra bass.

Maruti Suzuki has introduced the Limited Edition of the Swift to clear the stock of the current model and push year end sales before the launch of the next generation Maruti Swift in 2018. The 2018 Maruti Swift would take on the likes of Hyundai i20, Honda Jazz, and Volkswagen Polo.

2018 Maruti Suzuki Swift first drive review: This third generation design is sure to be a winner