General Motors’ Cadillac luxury brand is embarking on a cross-country drive to show off its version of a car that almost drives itself on the freeway.

General Motors’ Cadillac luxury brand is embarking on a cross-country drive to show off its version of a car that almost drives itself on the freeway. 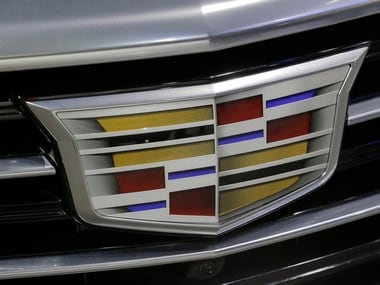 A Cadillac logo is seen at the 2017 New York International Auto Show. Reuters

A dozen Cadillac CT6 sedans will leave the brand’s New York headquarters 25 September and head for Los Angeles as cars with the “Super Cruise” system start arriving at dealerships.

Cadillac calls Super Cruise the first hands-free driver-assist system for freeways. The system was delayed a year as GM worked out the kinks and refined it after a fatal crash last year involving a Tesla Model S in which the driver was using the electric car maker’s Autopilot system.

Unlike Tesla’s system, Super Cruise will operate only on limited-access freeways. It will keep the car centered in its lane and a safe distance from vehicles in front of it, relying on cameras and radar sensors and high-tech maps to guide the car. Drivers won’t have to keep their hands on the steering wheel, but the system will monitor their facial features to make sure they are paying attention to the road and a ready to take over driving in an emergency.

Drivers who don’t pay attention will get several warnings including a flashing light bar on the steering wheel, seat vibrations and audible alerts. If they don’t respond, the car emergency flashers will turn on, it will slow to a stop and contact GM’s OnStar safety system.

Although Tesla and other automakers offer similar systems, GM says Super Cruise is the only one that lets drivers take their hands off the wheel.