The Renault EZ-Go didn't go unnoticed at the Swiss show. It is the first in a series of concept cars Renault has in store for 2018.

The future of Aston Martin's premium brand Lagonda will lie in electric and autonomous vehicles. With the Lagonda Vision Concept, the British carmaker showcases its vision of luxury mobility. Onboard, passengers can pivot their seats to create a cozy, social atmosphere surrounded by prestige materials like carbon and cashmere. Two production Lagonda models inspired by the concept could materialise by 2023.

The Kite electric buggy concept is the fruit of a collaboration between Hyundai and the Istituto Europeo di Design (IED) in Turin, Italy. It's a two-seater buggy with a futuristic look that transforms into a single-seater jet ski. It's certainly impressive, but the chances of this prototype coming to market are slim. 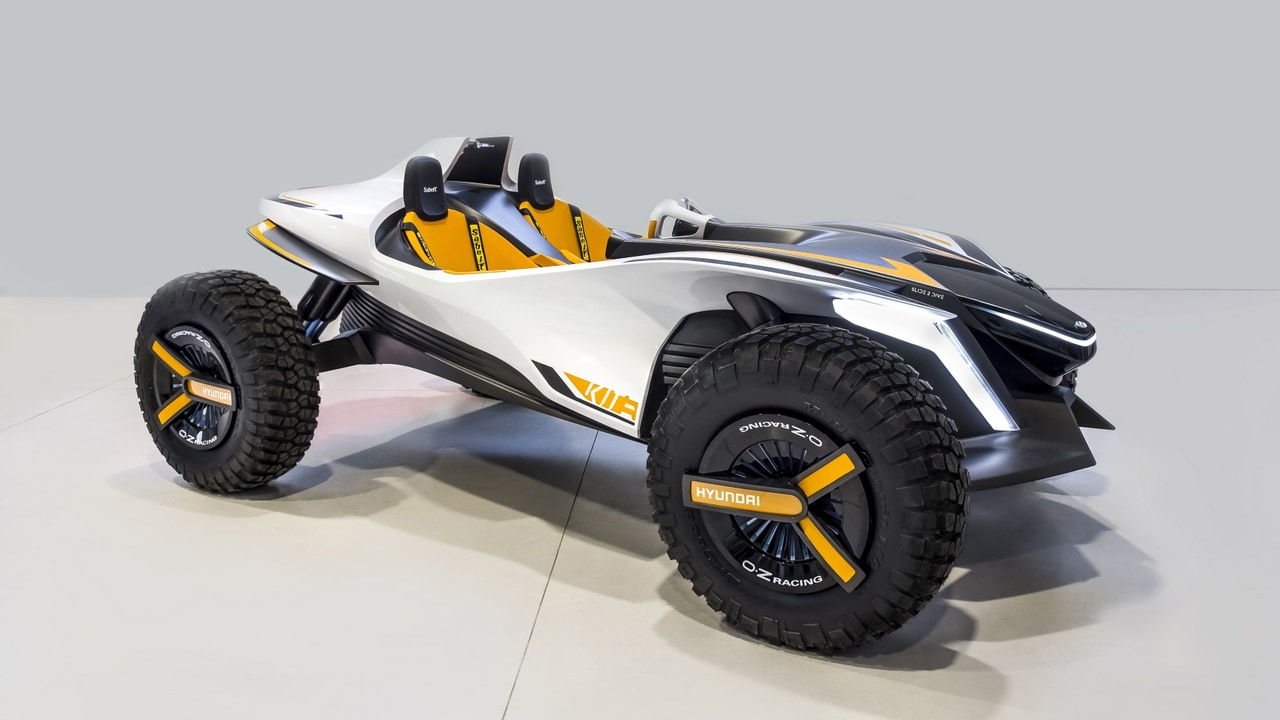 With this new fully electric crossover concept, Porsche debuts innovative display and operating technology with touchscreen and eye-tracking control. A camera in the rear-view mirror detects what the driver is looking at, such as specific on board instruments, then displays whatever the driver is interested in on a head-up display optimally positioned in the driver's field of vision. The Renault EZ-Go didn't go unnoticed at the Swiss show. Described by the carmaker as a "robo-vehicle," it is designed for public or private transportation in urban environments. Essentially a connected and autonomous car-sharing concept, the vehicle is designed to simplify urban travel, offering a stress-free and comfortable solution. Speed is limited to 50 km/h. It is the first in a series of concept cars Renault has in store for 2018. The Volkswagen I.D. Vizzion electric and autonomous sedan puts artificial intelligence to use in the automotive industry. In the future, this technology will allow the vehicle to analyse and interpret the many types of situations encountered on the road. The I.D. Vizzion already uses facial recognition to prevent unauthorised users from taking the controls (gestures and voice commands). Moreover, level-five autonomous driving, for fully driverless mobility, allows each passenger to make full use of their time onboard. The I.D. Vizzion "open space" interior proposes a customizable cabin, ensuring the well-being of all vehicle passengers. Flying cars debut at the Geneva Motor Show: Ready to fly, but drivers will need a pilot's license