The Indian-spec Hyundai Kona Electric, expected in 2019, is set to be offered with the base 135 PS, 300 km range electric motor.

Hyundai's first all-electric car for India will be the Kona electric plug-in crossover. This car was recently unveiled in production form at the 2018 Geneva Motor Show while a concept version was shown in India at the 2018 Auto Expo. The Hyundai Kona Electric is characterised by its distinctive high-contrast fender cladding.

The Indian-spec car, expected in 2019, is set to be offered with the base 135 PS, 300 km range electric motor. The 39.5 kWh lithium-ion battery pack this motor is paired with propels the electric Kona from 0 to 100 kmph in 9.3 s and onto a top speed of 167 kmph, mainly due to its 395 Nm of torque available from standstill.

This battery can be fully charged in six hours or gain 80 percent charge (240 km range) in an hour with a fast charger. Reports suggest that the car could come in via the CKD route and be priced at around Rs 25 lakh.

Internationally, the Kona electric comes with another larger 64 kWh battery with 211 PS and 470 km range but this is unlikely to be sold in India.

The exterior styling of the electric Kona is similar to the combustion-engined version with the only difference being a closed-off grille, 17-inch alloy wheels and aerodynamically designed bumpers and spoiler. 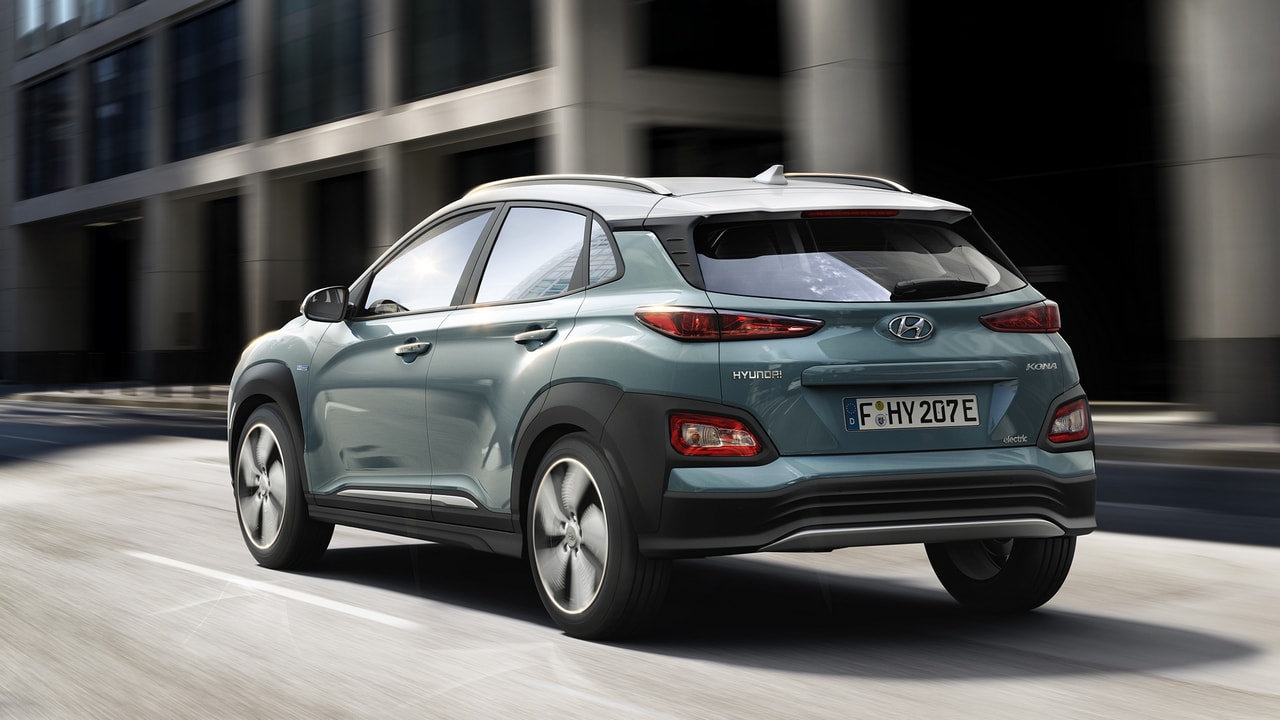 The interior comes with a redesigned centre stack to replace the gear lever from the regular version, an all-digital instrument cluster, head up display and a 7-inch touchscreen infotainment system with an optional 8-inch unit. Heated and ventilated front seats with 8-way adjustability are available.

On the safety front, the 5-star NCAP rated Hyundai Kona electric comes with adaptive cruise control, lane-keep assist, rear cross traffic alert and automatic emergency braking. But the full suite of these safety features is unlikely to make it to India. When launched, the Kona electric will not have any direct rivals. It will instead compete in price with cars like the Jeep Compass, upcoming Honda CR-V, VW Tiguan and its own stablemate, the Hyundai Tucson. Hyundai will be hoping the Kona electric will attract buyers with its unconventional styling and due to a growth in interest in electric cars in the country.

Auto Expo 2018: Hyundai to showcase the Ioniq electric car and the Kona SUV as part of its 20th Anniversary celebrations