2018 Maruti Suzuki Swift: Here are all the engine and transmission options you need to know about

Here are all the engine and transmission options you can get with the new 2018 Maruti Suzuki Swift.

The Maruti Suzuki Swift has become more premium over the past two generations and has focused increasingly on appealing to young enthusiasts. Until now this has reflected primarily in its design and equipment list, at least for the Indian market, but once the new generation Swift is launched at the 2018 Auto Expo, its powertrain options will bear testimony to the same. 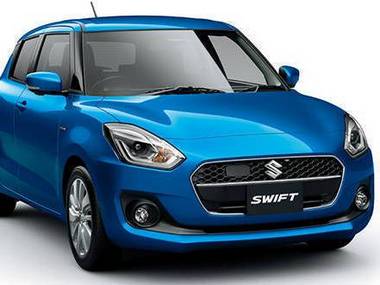 The 2018 Maruti is expected to be showcased at the 2018 Auto Expo in India. Overdrive

Maruti will launch the new Swift with the same 1.2-litre petrol and 1.3-litre diesel engines as the current version, but we now know that this time Maruti will also bring in a sportier, more powerful Swift powered by a 1.4-litre turbocharged petrol engine.

Suzuki has had the Swift Sport on sale internationally for quite a while now and the Sport suffix will finally come to India, though the Swift Sport will get launched only later, the way the Baleno came first and the Baleno RS later, powered by the more powerful, 1.0-litre, three-cylinder petrol engine.

The four-cylinder, naturally aspirated 1.2-litre petrol engine and four-cylinder 1.3-litre diesel engine are expected to remain unchanged while boasting better refinement levels. Both engines are also expected to be more powerful than their current avatars owing to tweaks as also the fact that the new Swift is based on Maruti's new lightweight Heartect platform that underpins the Maruti DZire and Baleno currently. Similarly, the 1.3-litre diesel will also become slightly more powerful than the 75 PS and 190 Nm it offers currently. It will also boast better fuel efficiency than the current version's ARAI certified 25.20 kmpl. The petrol and diesel engines will come mated to the same five-speed manual transmission as the current car, a gearbox that is among our favourites with its precise feel. For the first time ever, Maruti will also equip the Swift with its AGS (Automated Gear Shift) or AMT, which will be offered with the petrol and diesel engines both to add to the convenience of driving it in traffic without compromising fuel efficiency. Our pick of the engine options though will be the four-cylinder, 'Boosterjet' 1.4-litre turbocharged petrol engine that will debut later, probably towards the end of 2018 or early in 2019. The new generation Swift Sport was launched internationally last year powered by this engine and its outputs stand at a juicy 140 PS and 230 Nm. Couple that to the car's light kerb weight of 970 kg and you're looking at a serious quick hatchback, with probably the best in class power to weight ratio. We also wouldn't be surprised if the new generation Swift Sport boasts a genuine top speed in excess of 200 kmph. The Swift Sport's engine will come mated to a six speed manual transmission carried over from the previous generation Swift Sport that was powered by a 1.6-litre naturally aspirated petrol engine.

Once Upon a Cinema: The 'Karate King' who also directed Malgudi Days