Why the KTM 390 Adventure should be your next motorcycle

This is the one for people who actually ride. Modest power, good suspension, light weight

For motorcycle enthusiasts, the EICMA motor show in Milan is the most anticipated event of the year; one sees all the new models manufacturers expect to launch in the next year and beyond. It’s become quite relevant to us here in India as well, considering how many of these models tend to make their way to the local market. One such model — that’s been an absolute unicorn — is the KTM 390 Adventure. It’s been spied, wished for, speculated about, analysed and done to death for six years now. It has finally been revealed, and as per tradition, we had to go digging around to get the details. But first, some context. 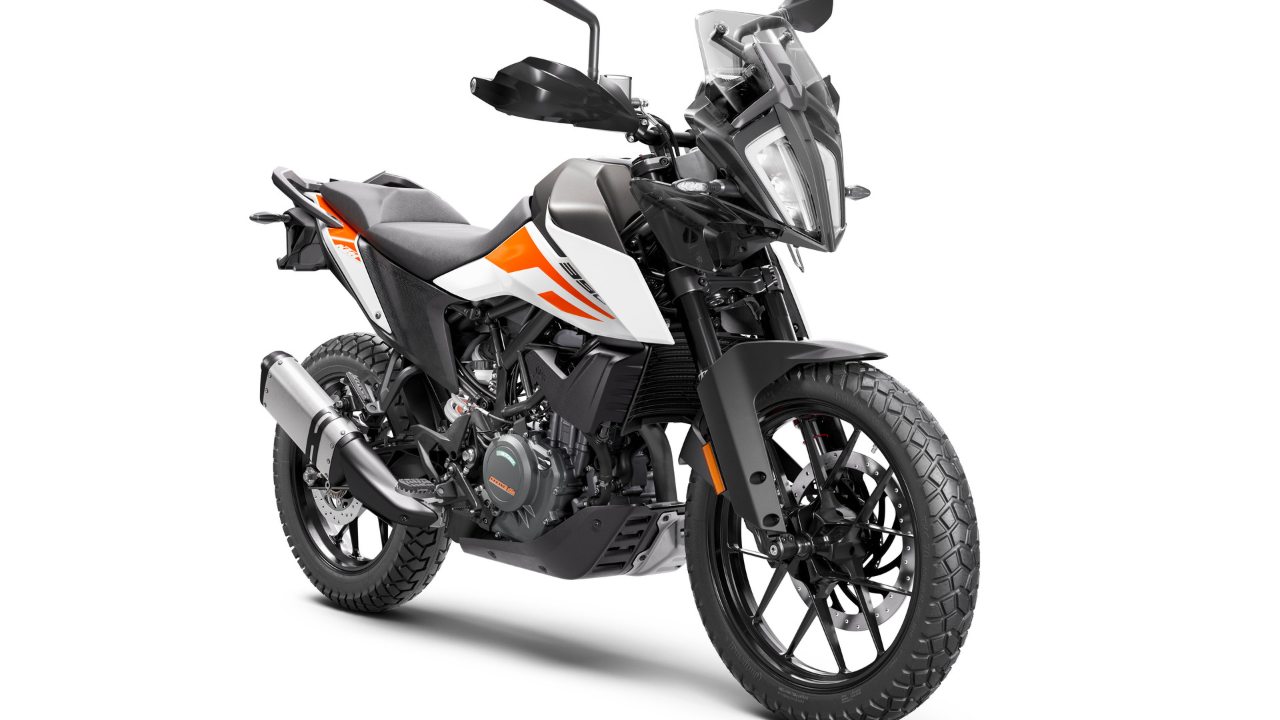 The KTM 390 Adventure finally makes it to India in December, at India Bike Week

What’s the fuss all about?

Ever since KTM made their first product available in India back in 2012, they’ve changed the way we think about performance motorcycles. Thanks to Bajaj’s substantial stake in the company and their long history of cost-efficient manufacturing, they were able to bring the Duke 200 to market at a very competitive price. It painted the motorcycling landscape orange, and established KTM as a favourite among motoring journalists, enthusiasts and (unfortunately) the chappal, skinny jeans and undercut crowd as well. Then in 2013, we got the 390 Duke, stepping up performance beyond anything we’d seen in a locally-manufactured motorcycle. Now in its second generation, the 390 remains a favourite for those who can afford it and don’t subscribe to the dogma of heavy, lazy, macho machines.

There’s a catch, though. For the most part, we don’t have perfect roads in India — the kind that the KTM Duke motorcycles are so adept at tackling. There have always been those that get their jollies from getting their motorcycles through seemingly impossible odds. It’s almost a rite of passage for the Royal Enfield owner to traverse the Ladakh region on their motorcycle. UK-based Triumph motorcycles have become synonymous with ‘adventure’ motorcycles thanks to their Tiger brand of motorcycles. Triumph launched these large, expensive, powerful machines back in 2013, effectively creating the market for those who want to use their bikes for leisure travel, roads or no roads. It was a nascent market then, but the swell of interest in this sort of adventuring was palpable.

Enter the KTM 390 Adventure, which promises the sweet performance of the Duke with the added capability of going (at least a little) off-road when needed. Based on what we’ve known about the bike, it is almost exactly what we expected. This is good and bad; we’d have liked to be surprised with a little ummeed se zyada. KTM have only just unveiled the motorcycle in Milan, but the worst-kept secret in the industry is that they will showcase the bike at India Bike Week in December, and it will be available to buy soon after.

Based on the package they’ve announced, we’d expect between Rs 3 and Rs 3.5 lac ex-showroom for the bike. The 390 Adventure differs from the Duke street bikes in a few key ways. The engine specs remain the same, which will disappoint many, but the changes give me hope. There is now traction control to tame the bike when things get slippery, and adjustable suspension front and rear. It’s a fair bit taller than the street-based Duke (855mm seat!) with 200mm of ground clearance and the attendant ‘adventure’ styling. Identical power as well as alloy wheels do not bode well for this as an off-road beast, but reportedly, KTM wasn’t aiming for that in the first place.

I’ve worked with racers in the past, and if you ask them their opinions on adventure motorcycles, they usually rhyme with “LOL!”. If you’re really hardcore, you need a dirt bike — no lights, knobby tyres, huge suspension travel, weighs as much as your cat. On dirt, you need something that can take punishment and not throw you off, and if you do get thrown off, is light enough to pick up and go again.  Adventure bikes cannot be these uncompromising machines. They’re big, heavy, expensive and powerful to make room for big, heavy, expensive egos and (usually) waistlines. They will also occasionally carry a pillion and luggage, so accomodations need to be made for those as well. So while you probably can land a 25-foot jump on your R1250GS, you probably shouldn’t. Stick to roads, bad roads and trails, and an adventure bike will get you and your kit there in comfort. Until you drop it. Then, I hope you’ve got a good deadlift.

The KTM 390 Adventure makes ergonomic accommodations for pillion, kit and comfort without a key con: weight. At 158kg dry, the 390 is an absolute featherweight as far as adv bikes go. Less weight means it can make do with less power. It will never be able to haul your portly arse along the highway with the alacrity of a Triumph Tiger, but opportunities for doing that tend to be few. Critically, the 390 Adventure comes with adjustable suspension for the front and the rear, which I know from experience makes a monumental difference in the way a motorcycle behaves on the road. Especially on bad roads. It can make the difference between actually riding over bad roads and tentatively picking a line through them. By bad roads I mean the odd broken tarmac, potholes, gravel and tar snakes. Sound familiar? 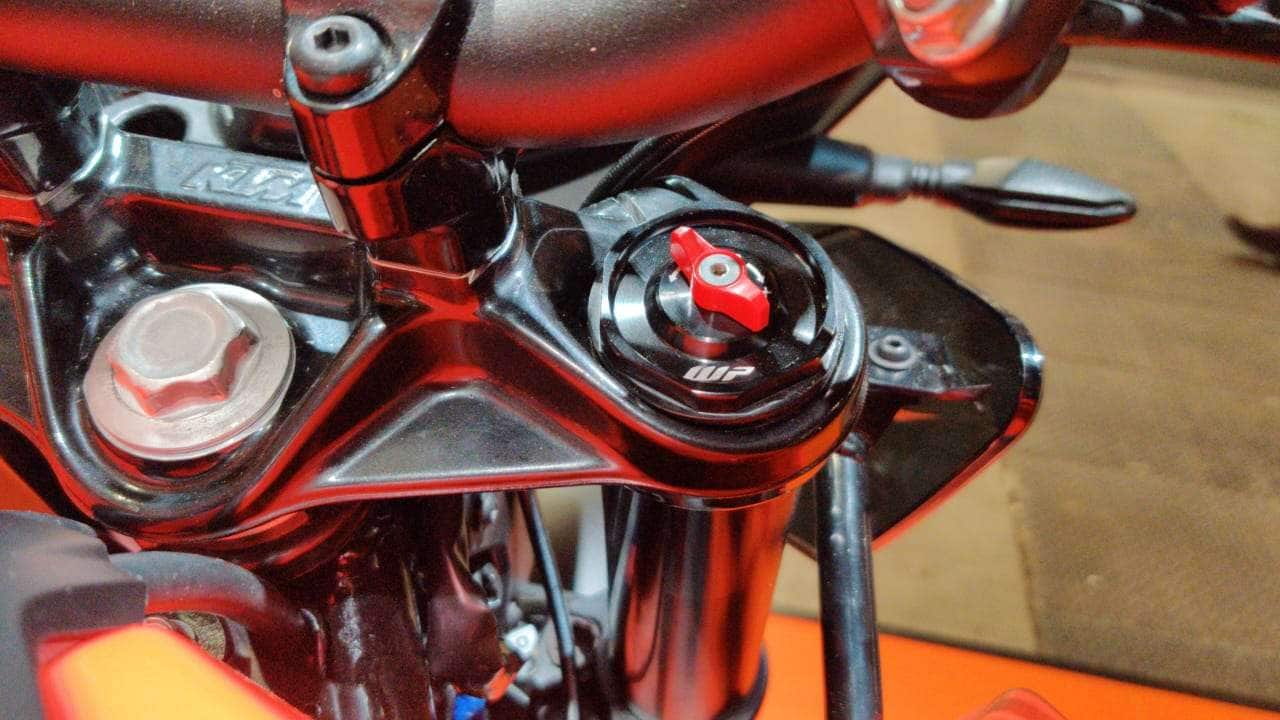 With compression and rebound up front and preload/rebound at the rear shock, the KTM 390 Adventure provides unprecedented suspension quality for its category

“At sub-160 kg dry this will be the Motorcycle to perfect your off-road riding skills on, before moving onto the big adventure bikes. And you might just find that you don't actually need that big adv bike. The possibilities of adapting this for off-road racing are also endless. I can see the 390 adventure becoming a regular feature at the INRC's,” says Ashish Raorane, India’s only privateer international rally raid racer. He’s toured the country and competed on a big adventure bike, and currently races KTM 450 rally bikes, so I figure he knows what he’s talking about.

Thanks to its minimal weight and adjustable suspension, I believe that the KTM 390 Adventure will likely be one of the fastest street bikes you can buy in India, bar none. You will be able to go quicker and safer over roads that would otherwise put the fear of God into you. You’ll be able to think less about the best way around broken patches and simply enjoy riding more.

You can have twice the power and still go half the pace. I’ve made that mistake. Unless you’re bashing through rocks with reckless abandon, the KTM 390 Adventure’s alloy wheels will work okay. The 390 motor is zingy and sporty, and has none of the ‘chuggability’ one desires in an adventure motorcycle. But neither does the Tiger, and that fanclub is a vote bank in itself. You’ll get a big, flat seat, places to tie down your luggage and substantial choice in add-ons and accessories without breaking the bank.

So quit your bitching about alloy wheels. There are only 30 of you in the country that can actually use the added durability of spokes. The KTM 390 Adventure is the hero we need right now.

KTM 390 Adventure unveiled in India, expected to go on sale by next month

KTM 390 Adventure tourer to be launched in India next year