German car manufacturer Volkswagen has launched the T-Roc SUV in India at Rs 19.99 lakh. The Volkswagen T-Roc is a five-seat SUV that has been positioned below the recently launched Tiguan Allspace in the brand's line-up. The SUV is being brought to the country through the CBU import under the new homologation laws. As has already been stated by VW, the T-Roc will get the new 1.5-litre turbo-petrol engine good for 150PS and 250 Nm. Uniquely, this 4-cylinder unit will be available with cylinder deactivation tech, a segment-first feature that should allow for better fuel efficiency. The motor will come paired with a 7-speed DCT. Volkswagen claims a 0 to 100kmph time of 8.4s and a top speed of 205 kmph. 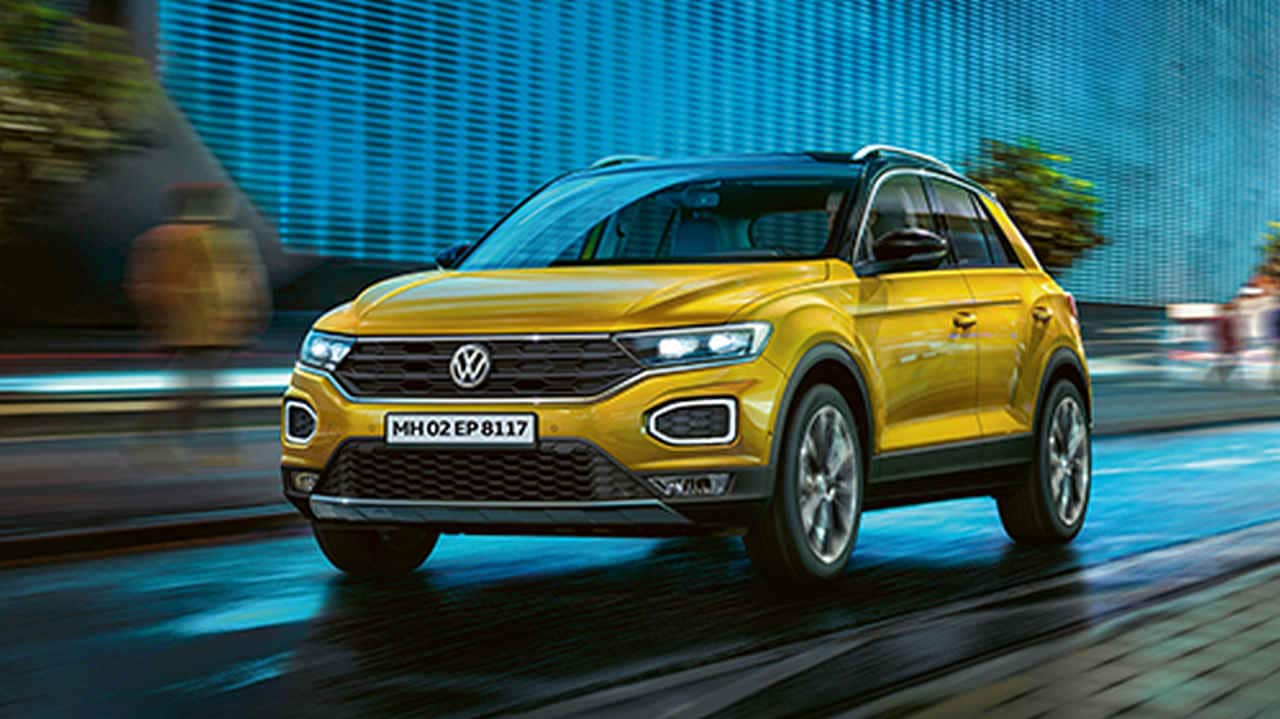 The Volkswagen T-Roc is a five-seat SUV.

The Volkswagen T-Roc sports a new face with the larger grille, large air dam, wider lamps. This is followed by the more prominent lines all-around. The T-Roc also has a more flowing roof-line to it compared to say the Tiguan. The rear too has a new layered look to it. This is also the first VW SUV to come with two-tone paintwork as an option The SUV's are reminiscent of other VWs but with a sharper edge to it thanks to the slimmer vents and a dashboard that is placed at an angle away from the driver. Notable features on the India-spec T-Roc will be a panoramic sunroof, 17-inch alloy wheels, LED headlamps, DRLs and tail lamps, leather seats and the digital instrument cluster that debuted on the Tiguan Allspace. Safety features include six airbags, hill start assist, ESP and so on. There will be six colour options available, five dual-tone and one single-tone shade. Dimensionally, the T-Roc is 4,234 mm long, 1,992 mm wide and 1,573 mm tall. The wheelbase is 2,590 mm.

These numbers put it at par with cars like the Kia Seltos and the upcoming Hyundai Creta, although the T-Roc is positioned as a more premium offering than those SUVs. Volkswagen has already started accepting bookings for the SUV in the country. We have already driven the Volkswagen T-Roc and here are our initial impressions of the SUV.