Based on the standard R18, the BMW R18 Classic gets a few more features to enhance practicality and comfort on long-distance journeys.

The BMW R18 Classic has been launched in India, at a price tag of Rs 24 lakh (ex-showroom). It was only in April last year that BMW Motorrad took the wraps off the retro-style R18 cruiser, and it was launched in India towards the end of 2020. In October 2020, BMW revealed a touring-oriented derivative of the R18, named the R18 Classic, which has now been introduced in our market. But what exactly sets the R18 Classic apart from the standard bike? Let’s take a look.

Based on the First Edition variant of the standard model, the BMW R18 Classic has the same LED headlight as the R18, but also gets additional auxiliary lights either side of the headlight unit. Another touring-oriented inclusion is the large windscreen, which is almost a necessity for high-speed touring. There’s also a smaller, 16-inch front wheel, compared to the standard R18’s 19-inch wheel, and it runs on wider tyres. 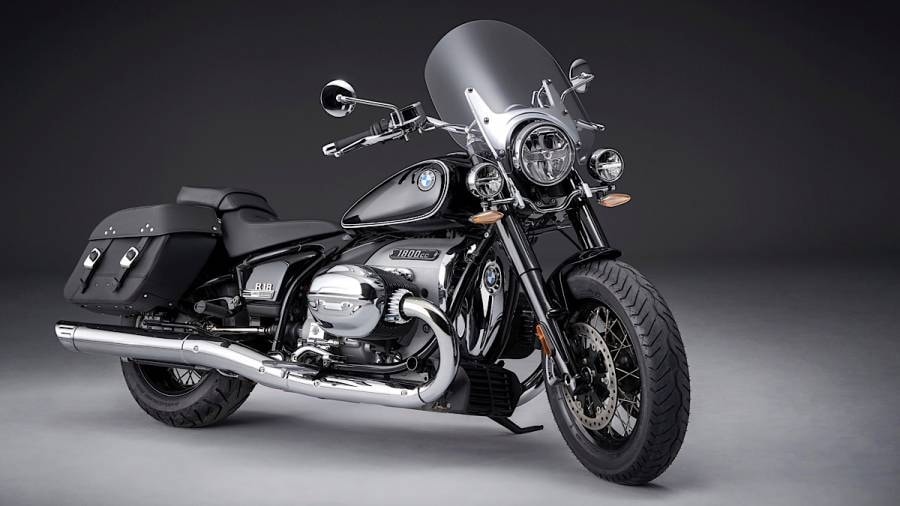 The seats are slightly different from the R18’s, and the bike also features saddle bags. Finally, the striking fishtail exhausts have been replaced by slash-cut exhausts to free up space for the saddle bags.

These changes and additions aside, the BMW R18 Classic uses the same frame and suspension as the standard R18. Powering it is the biggest boxer engine BMW Motorrad has made till date – a 1,802cc unit that produces 91 hp and 158 Nm of torque.