Renault Kiger India launch in India today, to be among the most affordable compact SUVs

Production of the Renault Kiger compact SUV has begun ahead of its launch later this month; to get two petrol engine options.

The Renault Kiger compact SUV’s India launch will take place today, 15 February. The Kiger, which marks Renault’s entry into India’s hotly-contested sub-four-metre SUV segment, was revealed in production form only at the end of January, and Renault has now begun production of the Kiger at its Chennai plant, with bookings and test drives set to commence at its dealerships across the country, shortly.

Just like its cousin, the Nissan Magnite, the Renault Kiger, too, is based on the Alliance’s CMF-A+ platform. It’s 3,991 mm long, 1,750mm wide and 1,600 mm tall, and has a 2,500 mm-long wheelbase. Despite not being larger than its rivals, Renault claims the Kiger offers segment-leading cabin space, and at 405 litres, also has the largest boot in its class. Ground clearance for the Renault Kiger is rated at 205mm, and top-spec variants will ride on 16-inch alloy wheels shod in 195/60-section tyres.

There will be a total of six colour options for the Kiger, and in what is an unusual (but welcome) move, Renault will offer dual-tone paint options on all variants. 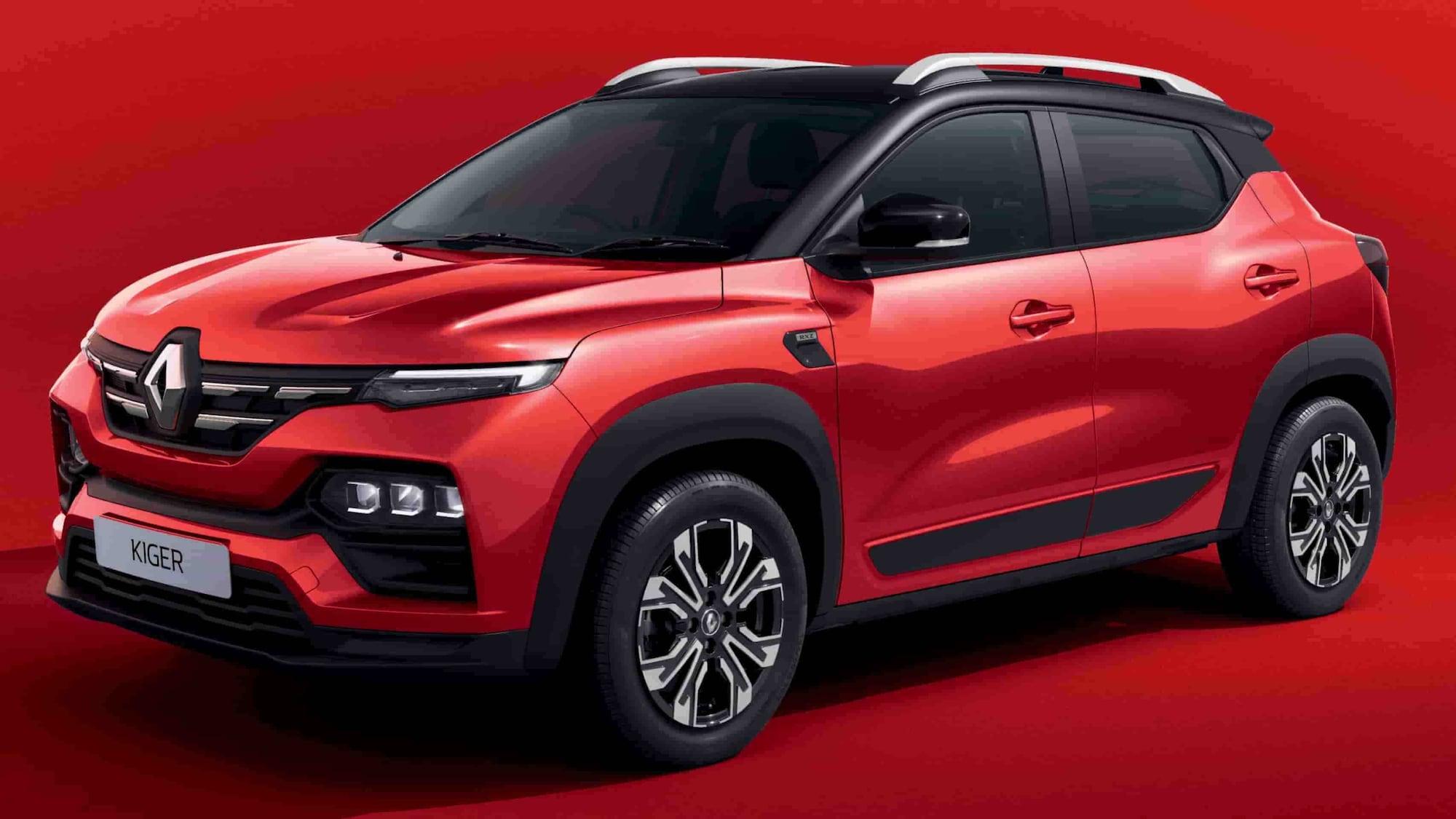 On the inside, the Renault Kiger follows a neat and simple design theme, and adopts a dark colour scheme. Taking centre stage on the neat and simple dashboard is an 8.0-inch touchscreen infotainment system, and there’s also a 7.0-inch digital instruments display.

On the safety front, the fully-loaded Renault Kiger will get front and side airbags, as well as ABS and a seatbelt reminder system.

The Kiger borrows its powertrains from the Magnite, so it will be available with two petrol engine options, and there will be no diesel engine on offer. Buyers will be able to choose between a 1.0-litre, 3-cylinder, naturally-aspirated unit that makes 72 hp and 96 Nm of torque, and a turbocharged version of the same engine, which churns out 100hp and 160Nm of torque.

As is the case with the Magnite, the Kiger will get a 5-speed manual as standard, and the turbo-petrol version will also be available with a CVT automatic. The difference, however, is that unlike the Magnite, the naturally-aspirated Kiger will also be available with a 5-speed automated manual transmission (AMT); something that isn’t yet offered with the Nissan.

Nissan shocked one and all with the rock-bottom starting price of the Magnite at the time of its launch, and it’s likely that Renault will go down the same path and price the Kiger rather aggressively. Expect the Renault Kiger’s prices to be in the range of Rs 5 – 9.5 lakh (ex-showroom). When it arrives, the Kiger will have to do battle with the Magnite, as well as established players in the segment, such as the Maruti Suzuki Vitara Brezza, Tata Nexon, Hyundai Venue, Kia Sonet, Ford EcoSport, Toyota Urban Cruiser and the Mahindra XUV300.

Renault Kiger unveiled in India today: Here is all you need to know about the new SUV

Renault India announces offers over Rs 1 lakh on most models

Renault Captur SUV to launch by year end; compete with the Mahindra XUV