It’s official – the production-spec Skoda Kushaq will make its world premiere on 18 March 2021. The Kushaq is easily one of the most highly anticipated new car launches of 2021 and is a crucial introduction for the Volkswagen Group in India, as it will be the first model to be launched under the company’s big-ticket India 2.0 plan. It was previewed in concept form as the Skoda Vision IN, and now, a full year later, Skoda India is all set to take the wraps off the version you’ll get to see at showrooms in the coming months.

As seen in shots of the camouflaged SUV, it’s clear that the production-spec Skoda Kushaq will retain most of the Vision IN concept’s design and styling cues, save for some of the show car flourishes. It will borrow design elements from bigger Skoda SUVs such as the Karoq and Kodiaq, and you can expect to see split LED headlight clusters, crystalline-effect LED tail-lights, skid plates, heavy body cladding, prominent roof rails and chunky alloy wheels. 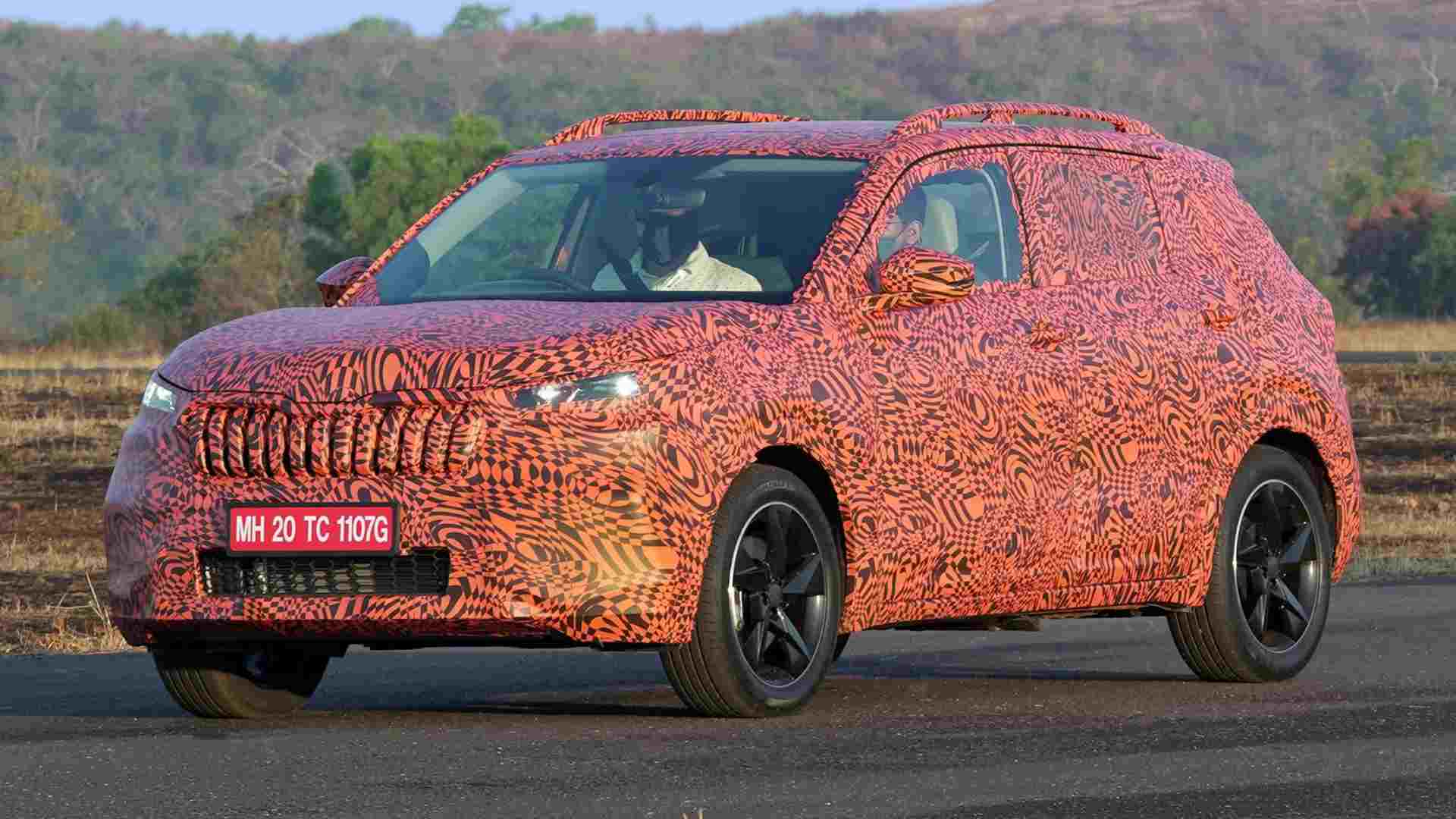 The Skoda Kushaq is based on the Volkswagen Group's tailored-for-India MQB A0 IN platform. Image: Skoda

The Kushaq is based on Volkswagen AG’s tailored-for-India MQB A0 IN platform, which is designed to accommodate up to 95 percent local content, and will also form the base for the upcoming Volkswagen Taigun SUV, as well as Skoda and Volkswagen’s new sedans, which are due at the end of this year. While overall dimensions for the Kushaq haven’t been revealed yet, Skoda has said the SUV has a wheelbase of 2,651 mm, which is 41 mm longer than that of the king of India’s midsize SUV space, the Hyundai Creta. A longer wheelbase should translate into a roomier cabin for the Kushaq.

While it won’t be quite as futuristic and minimalistic as the Vision IN, the Skoda Kushaq’s interior will still draw plenty of attention. Taking pride of place on the dashboard will be a large touchscreen infotainment system, and there will also be a digital instruments display. Skoda has confirmed higher-spec versions will come with auto climate control, height-adjustable driver’s seat, and safety equipment will include up to six airbags, electronic stability control (ESC), hill hold control, cruise control and a tyre pressure monitor.

Skoda has also confirmed the Kushaq will come with two turbo-petrol engine options – a 1.0-litre, three-cylinder unit making 110hp, and a 1.5-litre, three-cylinder engine putting out 150hp. A six-speed manual will be standard for both engines, but the 1.0-litre version will also be available with a 6-speed torque-convertor automatic, while the 1.5-litre model will get the option of a 7-speed dual-clutch automatic (DSG). Those looking for a diesel SUV will be disappointed, because the Kushaq will not be offered with a diesel engine option.

With a high level of localisation from the get-go, the Skoda Kushaq is expected to have an aggressive price tag. Expect Skoda Kushaq prices to start just under Rs 10 lakh (ex-showroom), which will give it the momentum it needs to battle established players in the segment such as the Hyundai Creta and the Kia Seltos.