The Jeep Commander – which is set to be named the Jeep Meridian in India – is expected to be offered in six- and seven-seat forms.

The all-new Jeep Commander – a three-row version of the Jeep Compass rumoured to be named the Jeep Meridian for the Indian market – has been revealed inside and out, with Jeep publishing a few images of its new three-row SUV that will take on the likes of the Toyota Fortuner and Ford Endeavour. The new SUV will go on sale in South America first, with the India launch expected in 2022, and a couple of near production-ready test mules of the Jeep Meridian were also recently spotted in India. Now, though, we have our clearest look yet at the Jeep Meridian SUV. 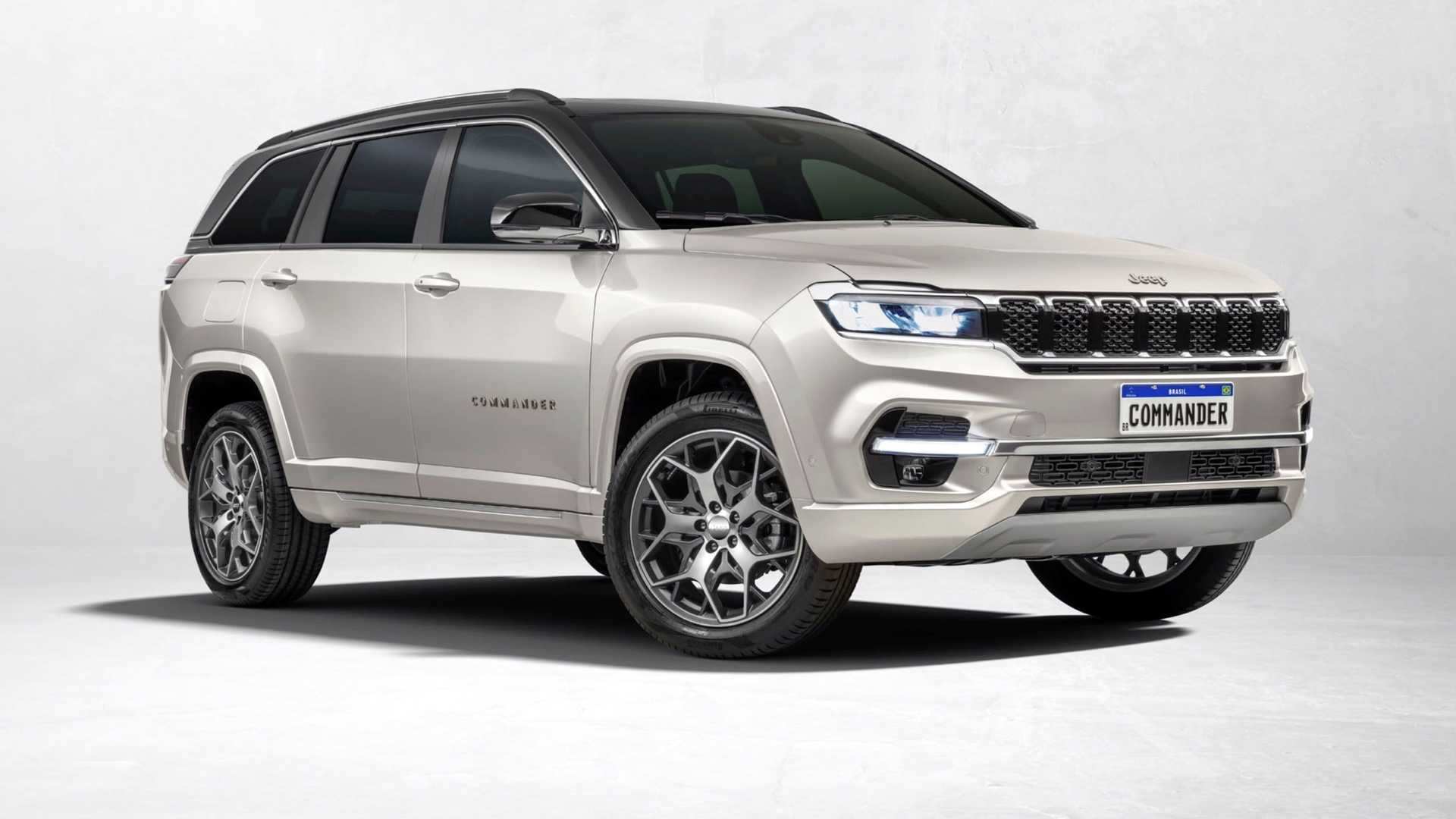 The Jeep Commander is a bigger, three-row SUV based on the Jeep Compass. Image: Jeep

The Jeep Meridian’s face derives clear influence from Jeep's newest offerings such as the new-gen Grand Cherokee and the top-of-the-line Grand Wagoneer. It has the same square-jawed look with the flush seven-slot grille and angular LED headlights making for an imposing front end. The Meridian has a more upright shape compared to the Compass in order to accommodate the longer wheelbase and also has an extended rear overhang. Do note the tail section is completely new, and incorporates the slender LED tail-lights like seen on the Grand Wagoneer. The Meridian has a noticeably extended rear overhang compared to the Compass. Image: Jeep

The Jeep Meridian carries forward the same interior layout as the facelifted Compass. However, the materials and themes used are different. The pictures show the leather inserts on the dash being replaced by a brown suede finish in the Meridian, while the brushed chrome finish seen on the Compass’ dash has been replaced by a copper finish. Also seen are brown leather seats featuring a quilted pattern, as well as open-pore wood trim on the dash and door panels. Dashboard layout of the Jeep Meridian is more or less unchanged compared to the Compass. Image: Jeep

While Jeep is yet to confirm the final specifications and features for the Meridian, some feature expected include advanced driver assistance systems (ADAS), a panoramic sunroof as well as multi-zone automatic climate control. The test mules spotted in India had a six-seater captain configuration with second-row captain chairs, which are expected to also be power-adjustable. 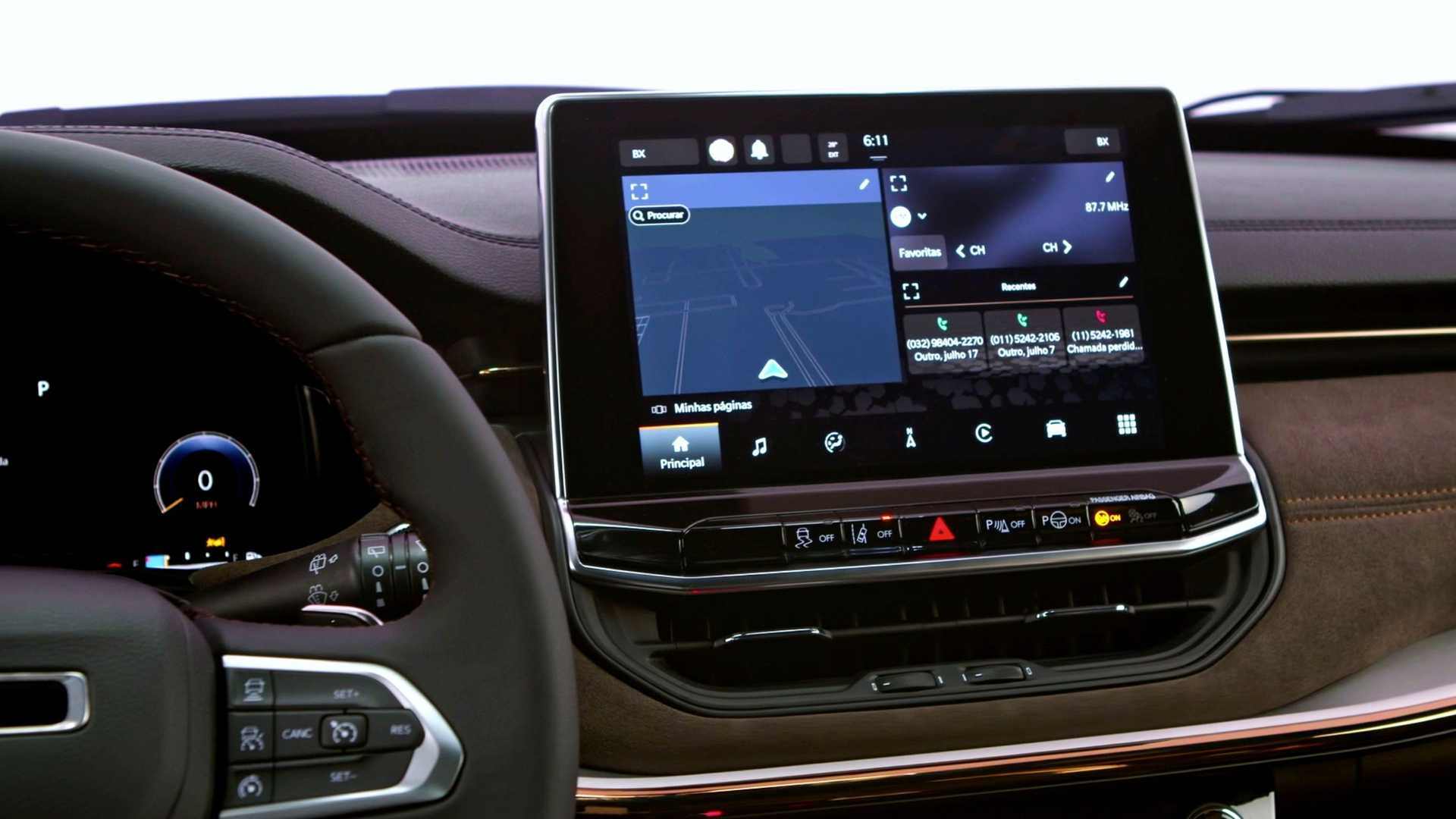 The seven-seat Jeep Meridian is expected to get the same engine options as the Compass – a 1.4-litre turbo-petrol engine and a 2.0-litre diesel engine, which is expected to be offered in a significantly higher state of tune in the Meridian. Manual and automatic gearbox options will be available with both engine options, and all-wheel-drive will be on offer as well.

The Jeep Meridian is expected to arrive in India early in 2022 and is expected to be priced at a Rs 1.5 to 2 lakh premium over equivalent Compass variants. The new SUV, codenamed the H6, will be the third of four models Jeep has planned for India.