The GLC SUV is the first of Mercedes' India lineup to get the new MBUX infotainment system. We take it out for a test drive

I’m a big fan of automobiles. Not so much of the screens they use inside them these days. You see, despite the automobile being developed over the last three centuries, The last 15 years have shown just how out of their depth carmakers can be. Sure, cars are getting more efficient, using alternative fuels and performing better than ever before, but they’re still not ubiquitous. There are plenty of places on earth that would consider an automobile the privilege of the well-off. But those very places have surged ahead in the democratisation of connectivity with mobile phones. Cases in point: India and China. You see it all around you — it doesn’t matter where you’re from, what language you speak or how much money you make: you can (and probably have) made a TikTok video. Hand a kid an LCD screen and they’re going to swipe across it expecting something to happen. This is where we are, this is how we’ve been trained. We’re mobile-first.

Thank you for coming to my TED Talk. Two days ago, as I sat slogging my way through Bangalore traffic in the Mercedes GLS the carmaker sent to fetch me, I was surprised by the sheer number of buttons and controls in the big SUV, ostensibly to control various functions as quickly as possible. The driver seemed to be relying on Google Maps for directions to the hotel, so I decided to give him a leg up by programming the onboard navigation to do the same on the larger screen. It took me five minutes to input ‘MARRIOTT’ using the combination of jog dial and capacitive panel, and another two to figure out where the ENTER/OK button was. Excellent context for what we were soon to experience: Mercedes’ new MBUX infotainment system — developed partly in India — that promises an entirely new, efficient way of interacting with one’s car.

This isn’t a new idea. You will find a voice-assistant button on the steering wheels of most cars with a decent infotainment system, but Mercedes has decided to take things a few steps further by developing their own on-board system. Most cars will essentially invoke the assistant in your phone (Siri/Google) when you press that button. This car, however, reacts to “Hey Mercedes” or the button, and it does so near-instantly. Mercedes has partnered with Xilix and NVidia to ensure that the hardware spec is on point, and it shows: the system itself is fluid and responds quickly and accurately to gestures. The user interface also appears to be overhauled to use large touch targets and less-ambiguous buttons and text. This is important for when you’re driving and need to focus on the road. MBUX in the 2020 Mercedes-Benz GLC is finally a touchscreen

But really, the trip to Bangalore was all about the voice assistant. We even visited the Mercedes Benz Research and Development India offices to get a brief glimpse into the bits made in India, and their mammoth 10,000-strong team. Here’s where things got interesting, and Mercedes betrayed their legacy as an automaker, not a technology company. While there is a great deal of off-line muscle and capability in MBUX, much of the functionality depends on an internet connection to Mercedes’ own cloud, and through that, their API partners.

Apparently, Mercedes decided to install SIM cards from a recently-beleaguered telco into their press fleet -- the cars we were driving. Unsurprisingly, 4G connectivity was spotty, and entirely offline in many cases. This left MBUX’s voice assistant severely handicapped. We’re keen to see how the car operates in urban areas when we do a road test. We’ll give the MBUX voice assistant a pass this time, because I think connectivity was a major issue.

Additionally, MBUX includes a connected-car element via the Mercedes Me app. Much like Kia and MG, Mercedes’ app allows the car owner to track the location of the car, operate some functions such as lights and air conditioning, and so on. We expect this to become increasingly common in luxury cars, seeing that they’re already becoming available to consumers in cheaper models, as well as with aftermarket add-ons.

I was much happier actually driving the new GLC than trying in vain to interact with its systems. Mildly touched-up for 2019-2020, the GLC remains curvy, sober and safe as a design exercise. There’s some blingy chrome under the bumpers, new head and tail lamps, but it appears to be a minor facelift on the outside. The proportions remain generous, muscular but not sporty. Mercedes seems to have left the boy-racer crowd with their AMG line of vehicles. The GLC remains staunchly mature in look and feel, as well as in the way it drives. 2020 Mercedes-Benz GLC wood-grain is unvarnished, and looks luxe. We miss seat memory, though

Coming straight from a chauffeur-driven previous-gen GLS, the comfort and luxury of the GLC was familiar, yet surprising for a vehicle supposedly lower down in the range. The GLC cabin is as quiet as I had just experienced, and remained so even with the engine at higher revs. The motor we sampled was a new 2.0-litre four-cylinder diesel making 194PS and 400Nm, and updated to BS6 spec. There are no compromises in this new motor, and combined with the 9-speed automatic, progress is smooth, brisk and seamless. Driving modes are available, but clearly, things are tuned for poise and comfort rather than spirit. 2020 Mercedes-Benz GLC dash is refined and simple. A far cry from the space shuttle-level buttons on previous models

Suspension is a highlight, and managed the Bangalore commute as well as highway stints well. The 19” wheels look good and with the generous profile of the tyres supplied, ride quality is good. There are some sharp thuds through potholes and road joints of various hues, but on balance, I’ll take it.

The mature vibe continues on the inside, with the on-trend unvarnished wood finish on display. There’s ambient lighting and leather everywhere. Mercedes has stayed away from the flat-bottomed steering, with the tiller staying conservatively round. Apart from the floating MBUX screen, there’s no surfeit of LCDs here. The driver binnacle has two dials and a colour multi-function display, but no full-TFT unit like on some of their other cars. With the addition of touch and removal of the redundant jog dial, the centre console is refreshingly clean, with some tactile buttons as needed, storage, a capacitive trackpad, and wood finish. The upholstery is a bit bland, but I suspect that’s by design. I’d have liked powered steering adjustment and seat adjustment memory to round out the package. Without them, I feel a bit nickel-and-dimed at this price range. Mercedes has included a space-saver tyre in an entirely flat boot with no lip, allowing for 550 litres of cargo space, expandable to 1600 litres with the second row of seats folded. This is about par for the course and easily swallowed our light load of luggage and equipment. Rear seat comfort is also satisfactory, but apart from AC vents, USB-C charging, a centre armrest and window shades, there are no other notable luxuries. The facelifted GLC is clearly targeted at distinguished gentry of all ages. It’s smart, mature, restrained and is among the first of the carmaker’s vehicles in India to get the next-generation technology stack. We’ll have more on the tech when we drive it in city conditions. The Mercedes-Benz GLC costs Rs 52.75 lac for the petrol and Rs 57.75 lac for the diesel. It’s an updated, solid competitor at a minor premium above its peers. 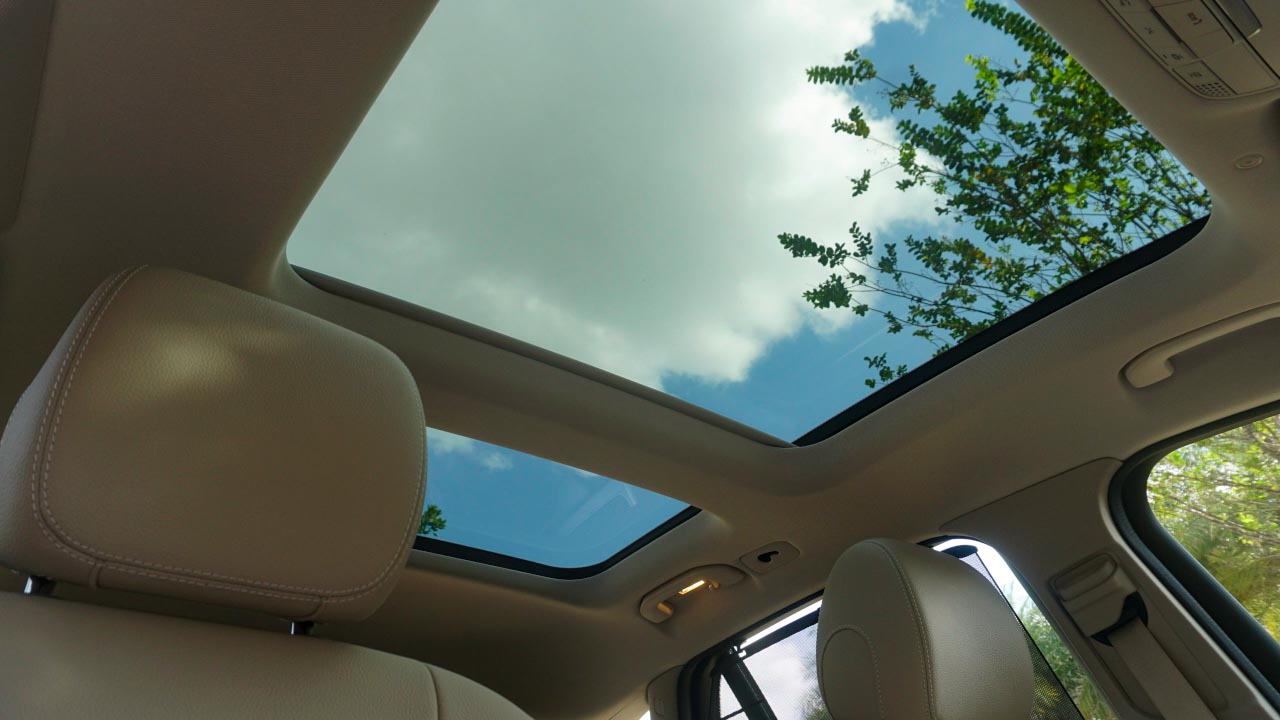 Formula 1 2020: Lewis Hamilton warns he will be 'be a machine this year, on another level than ever before'