Quirky, polarising but competent. The Maruti Suzuki S-Presso is no mini SUV, but works fine as a funky-looking hatch

While Mr Steve Jobs was at the helm of affairs at Apple, we had a precious few years of utmost secrecy around the various new iPhone launches. The anticipation and attendant frothy news cycle around these products certainly caught the noses of savvy — if unimaginative — marketers, and plenty of other merchants followed suit. To the point that today, well-orchestrated, barely-disguised ‘leaks’ are the norm for product launches. It isn’t even blurry mobile photos anymore — where authenticity could be questioned. It’s straight-up high-resolution marketing photos and PDFs, directly ‘leaked’ to a hand-picked loudmouth, perfectly timed to send SEO guys into the throes of ecstasy. Such was the case with the recent launch of the Maruti S-Presso hatchback — a car with such a fascia, that we all hoped it had a sparkling personality to make up for it. To be fair, the S-Presso is not nearly as alarming in real life as it seemed in the photos. It is small, cute in a kei-car sort of way and lacks frivolous trappings like alloy wheels — omissions that evidently continue to make modern Marutis very junta-friendly. It sits between the Alto and WagonR hatchbacks, but clearly has more personality than either.

There’s no diesel motor available, in line with Maruti’s current strategy. The 1.0-litre three-cylinder, naturally-aspirated motor makes 67 bhp an 90Nm of torque, which is about in line with the competition. Gratefully, the case exceeds expectations of performance, despite the middling numbers. The S-Presso is available with both manual and automated manual transmissions (what Maruti calls AGS — auto gear shift). This is a welcome convenience in a small, reasonably-priced car, though you’ll pay nearly a lac above the base Rs 3.69 lac price for an automated manual version. 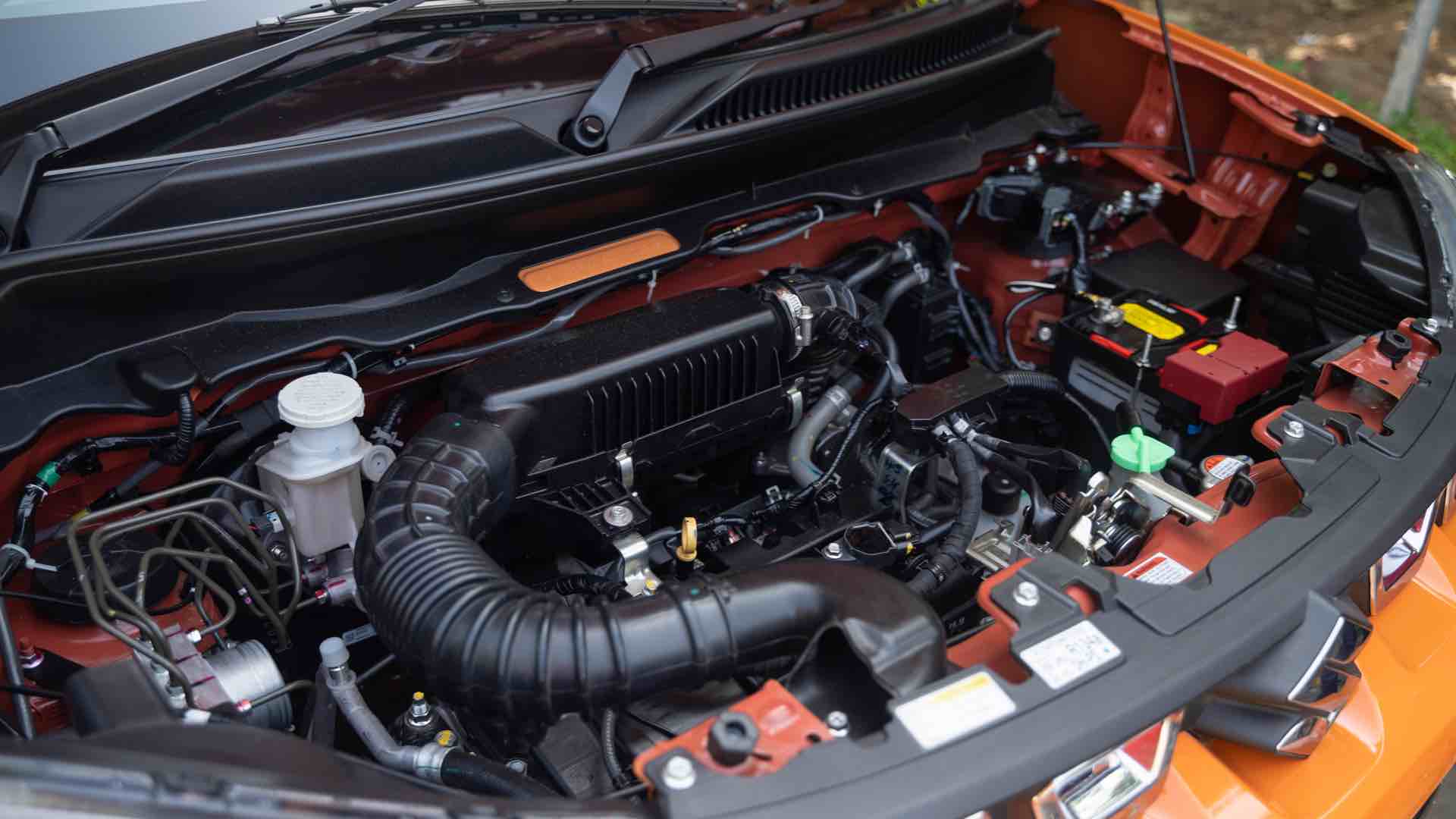 No diesel motor is available, just the 1.0-litre KB10 3-cyl, which works well in this car

The S-Presso is a very light car, at around 726kg. This is evident in the way it performs. On the highway, with four occupants and a full load of luggage, it was able to maintain triple digit speeds. On my own, I managed a healthy clip with reasonable overtakes when needed. Top-spec variants like the one we drove come with Bluetooth and smartphone-compatible infotainment systems, and they worked as advertised. The infotainment experience remains fairly consistent across Maruti models. It’s not ideal, but it’s predictable, and in a world of awful tech in cars, I can live with that. What I can’t live with is the glossy screen that points straight back, making it impossible to see when the glare is just right — which was often.

The dash layout is a bit of a departure, with the displays in the centre, laid out like you’d see in a MINI Cooper. I’m not a big fan of this layout, as it leaves a big blank space in front of the steering and feels a bit odd. The speedometer also proved hard to read at an angle and in bright conditions. Power window switches are also in the center console — another annoyance that you’ll get used to. The central console is not canted toward the driver, and is hard to read in direct sunlight

The automated manual gearbox proved sprightly feeling in the S-Presso. Granted, the drive was entirely on Rajasthan’s arrow-straight and well-surfaced highways, but the impression was that it would remain competent in the city as well. The driver position felt slightly odd, owing to the tall-boy design of the car. One’s legs seem to approach the pedals at an odd angle, if one is used to a more traditional car such as a sedan. Much like other manufacturers, Maruti has not supplied steering adjustment, so the driving position is always just short of ideal.

The flat-sided design of the S-Presso also lends itself well to rear visibility, and I’d imagine this to be a comfortable vehicle to place in terrible traffic. The glass area also proved good for all-round views. In general, for someone who intends to use the S-Presso as personal transport for oneself or a couple, the car will deliver more than expected in terms of engine performance, braking and suspension.

Switch seats to the rear, and the experience is adequate, but not comfortable. I seated myself behind a 5’8” driver, and found myself cramped. My co-passenger, seated behind a 6-footer, was much worse off, twisting his legs into the space between the front seats to stay respectable. While the seats are shallow and flat and do not warrant note, the suspension was surprisingly good. It seems tuned for a full load, as it tended to be a little bouncy when the car was empty, but quite good — even over poor roads — with the four of us in it. Thankfully, the AC was more than adequate for the tiny confines of the car, and maintained a comfortable temperature in the relentless Rajasthan sun.

Boot space was also a surprise. The S-Presso claims 270l and we see no reason to doubt this. The little car swallowed four personal carry-ons, including camera gear with a bit of a squeeze. The picture makes it look okay, and it is. Just about. The boot is spacious enough to swallow a bunch of bags, and will do for short road trips with the family

On the surface, the S-Presso looks a bit dull, with even the top models not coming with alloy wheels. However, Maruti intends to provide the ‘youth’ buying their little car with all the funky options they’d want. Just like your cool uncle that insists on playing ‘Walk like an Egyptian’ when he happens to drive your around. There are indeed alloy wheels on offer, as are decals and body embellishments that quite literally transform this weird little car into something quite palatable. I was quite happy driving a Tata Nano around everyday, because I’m secure and awesome, and I’d have no hesitation driving the S-Presso around either.

Maruti is calling the S-Presso a ‘mini SUV’ and I left this claim for the very end of the review because it isn’t one. It’s tall, has nice suspension and ground clearance, but is a small hatchback. It is about as much SUV as the Renault Kwid and if you think that is a special SUV, I have some very special real-estate deals to offer you. As delivered, the S-Presso looks underwhelming. Almost everything that would make it look reasonably nice is an optional accessory. Even the wheel wells are bare painted metal, and the guts of the suspension, plumbing show through. DRLs? Optional. Side cladding? Optional. Alloys? Optional. You can spec out the S-Presso to your heart’s content, and I suspect you’d want to if you’re an urban buyer. But as delivered, the Maruti S-Presso feels a bit … Tier 2. Still, it’s a funky option if you squint just right, the engine is spot on for the task and the suspension is up for the family road trip to the ‘native’. It starts at Rs 3.69 lac and goes all the way up to Rs 4.91 lac for the range-topping auto. 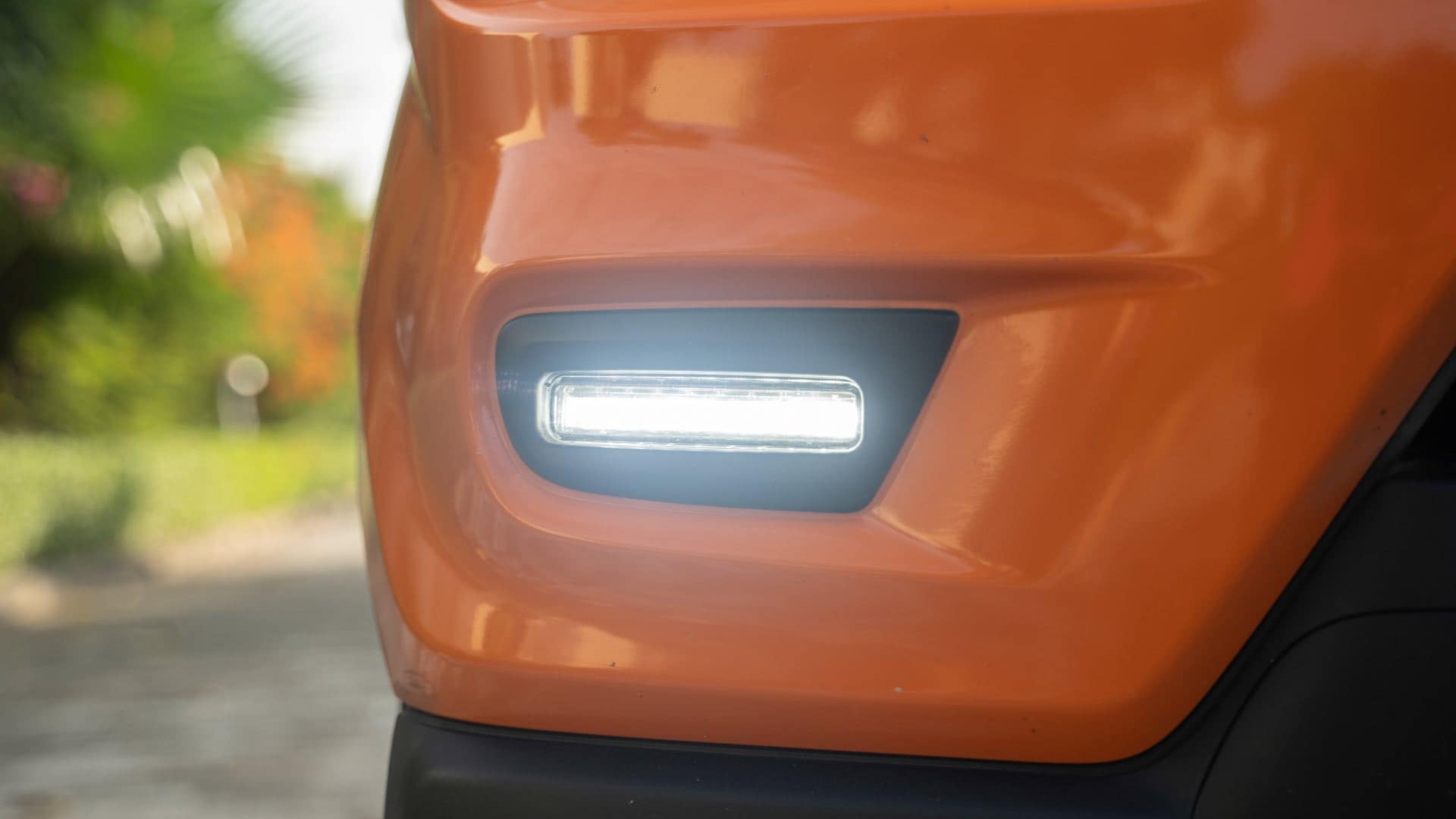 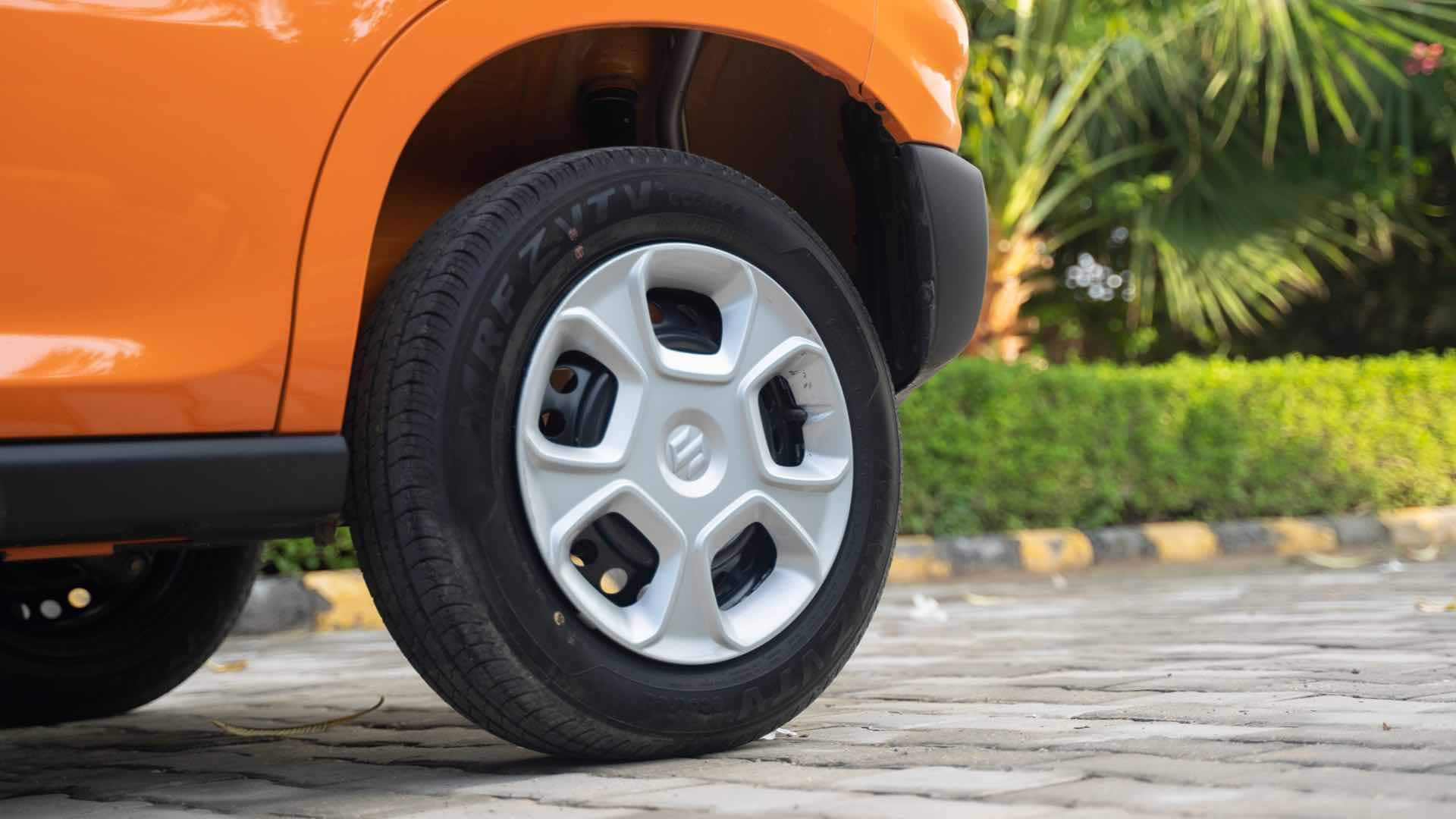